Socialism or Barbarism: Femicide in Mexico 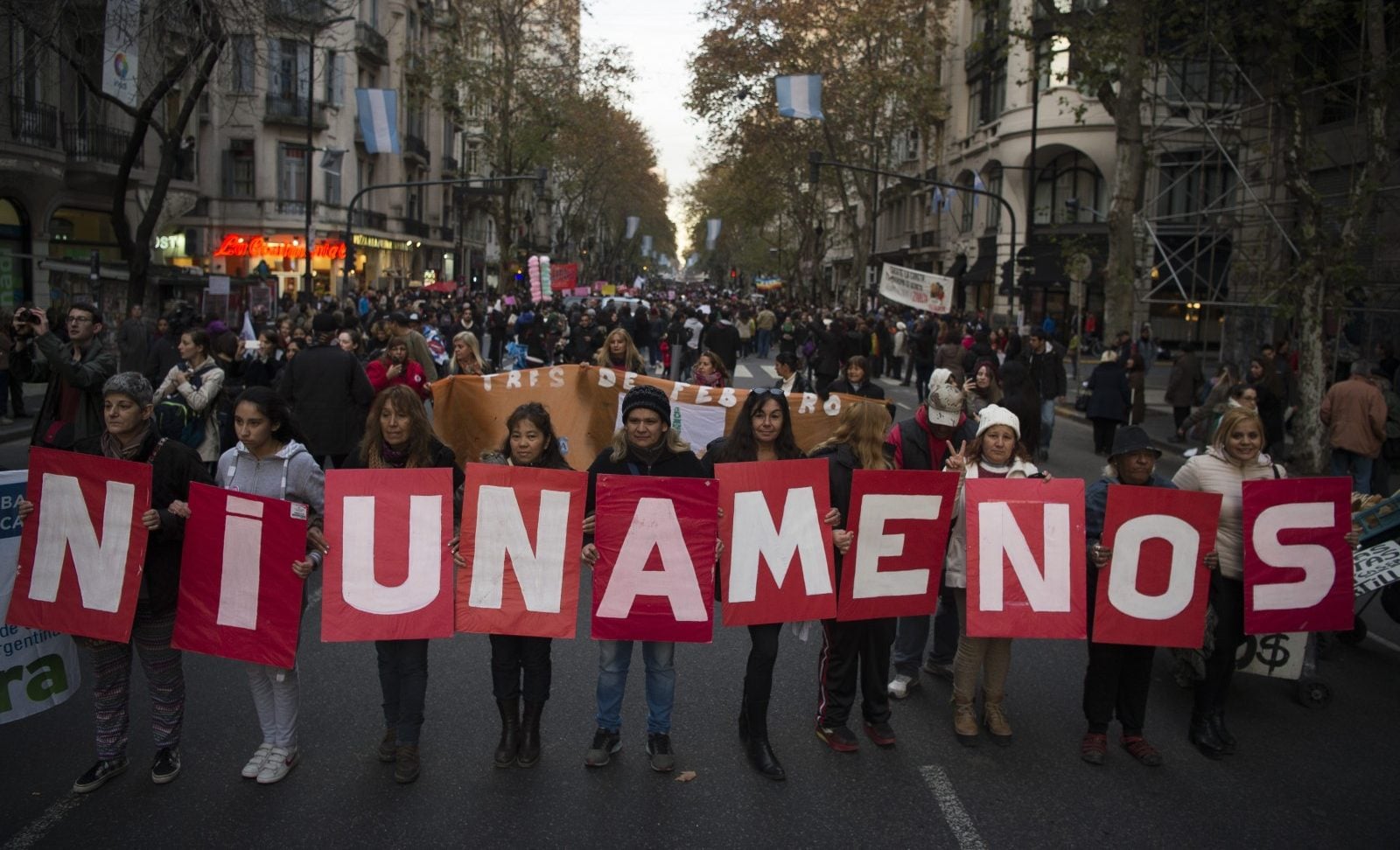 Throughout Latin America, hundreds of thousands of women, youth, and workers have taken to the streets, demanding an end to the senseless and brutal systemic killing of women. Femicide is when women are murdered because of their gender. What differentiates femicide from homicide are the characteristics involved in the crime, which can include mutilation, sexual abuse, and prior reports of harassment or abuse.

Femicide has reached pandemic levels in Latin America. Mexico has become one of the most dangerous countries in the world to be a woman, with instances of gender-based harassment and violence happening every day. The country has a horrifying history of impunity when it comes to femicide. In the 1990s, Ciudad Juarez in Chihuahua was at the top of the list for the killing of women. According to a university study at the Colegio de la Frontera Norte, from 1993 to 2014, there were 1,530 cases of femicide in Ciudad Juarez alone.

In the subsequent 20 years, however, municipalities in the State of Mexico have far surpassed Ciudad Juarez in the number of women killed. The title of “the most dangerous place for women in Mexico” has now been given to the State of Mexico. The qualitative leap of gender-based violence in the State of Mexico came about under the governorship of Enrique Peña Nieto, Mexico’s current president, who governed on behalf of the ruling PRI party from 2005 to 2011. 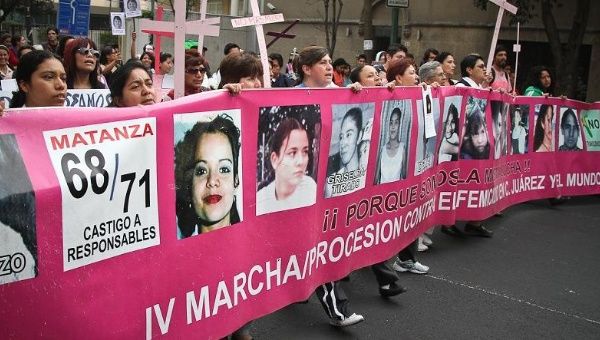 According to the study referred to above, between 2005 and 2011, there were 1,997 cases of femicide in the State of Mexico. Another study, carried out by the Observatorio Ciudadano Nacional del Feminicidio (National Citizen Observatory of Femicide) found that fewer than 50% of cases from 2005 to 2010 had been investigated.

Today, with Peña Nieto at the helm of the entire nation, gender-based violence is still rampant in the State of Mexico. According to Alejandro Gomez, the Attorney General for that state, there were 176 reported femicides from the January to September of 2016. It is important to keep in mind that these are official government numbers and should be looked at with skepticism, as these numbers do not include cases that were not reported. Even so, these conservative numbers give a harrowing glimpse into the barbarism that has gripped huge swathes of the country.

In 2009, the Inter-American Court of Human Rights handed down two sentences against the Mexican state for unresolved gender-based murders in Ciudad Juarez. Eight years later, Mexico has continued to ignore the ruling, aside from establishing an “Alert for Gender-Based Violence” in 2015. This was a mechanism established by the federal government to investigate femicide and related crimes. The first municipalities to be placed on the list were from the State of Mexico. As of today, municipalities from nine other states have been placed on this “alert.” However, this “alert” has done little to nothing to combat violence against women in Mexico.

The working class in Mexico has no faith in the state, which is deeply entwined with organized crime. The impunity towards crime in Mexico is so palpable that a large number of crimes go unreported. The state has no qualms turning a blind eye to blatant criminality, and when it comes to femicide, often resorts to victim blaming. In many cases, women are found to be responsible for their own deaths because of the clothing they were wearing, their profession, or simply because they got caught up in “crimes of passion” or acts of “personal vengeance.” In some cases, they even claim the victims committed suicide.

However, contrary to the claims of politicians like Peña Nieto, the solution does not lie with an increased military or police presence. The bourgeois state will always stand on the side of the ruling class and is the main purveyor of violence against working people. We need only point to the case of Ayotzinapa, where the military played an active role in the disappearance of 43 left-wing students, to show which side the state is on when it comes to the class struggle.

If we wish to find a genuine and lasting solution, it is important to understand that the fight against women’s oppression is inextricably linked with the fight against capitalism. Women’s liberation cannot be achieved without the liberation of the entire working class from capital. For example, in far too many instances, the domination of capital over the working class obligates women to stay in abusive relationships out of financial necessity.

Nonetheless, we cannot reduce gendered violence to a sort of “economic determinism.” Marxists recognize the complexity of human relations and the many forms oppression takes. However, Marxists are clear that the oppression of women is not an abstract concept. There are very real, material forces that come into play. Frederick Engels explained this in his work The Origin of the Family, Private Property, and the State. He explained that thousands of years ago, there were no classes and there was no state. However, with the agricultural revolution, a surplus of resources came into being and this led eventually to the rise of private property and the “armed bodies of men” required to protect it. This, in turn, led to patriarchal relations—the domination of men over women—which Engels called “the world historical defeat of the female sex.”

Under the class society of capitalism, workers are seen as “factors of production” and valued only insofar as they can generate profits for the capitalists. This leads to severe alienation and distortions in human relations, as people are conditioned to relate to each other as objects. This is why Marxists do not fight only for an end to femicides, but for an end to wage disparities, sexual harassment, abuse, rape, and every other form of oppression and discrimination. We also demand that free, publicly funded shelters be built as a refuge for women and children fleeing violence and the threat of violence. These shelters should be safe and welcoming and include food, medical, counseling, job training, and placement services, under the democratic control of the unions.

Above all, we fight for the end of capitalist exploitation, which is the root of all these evils. However, the fight against sexism and gender motivated violence is not solely a fight for women. The only way to combat oppression in all its forms is by fighting for workers’ unity against capitalism and all the horrors that come with it. A clenched fist has much more power than isolated fingers! The trade unions, students, and Morena should take their place at the head of a movement against this violence!

The rising number of femicides—and not only in Latin America—is an expression of the decay and rottenness of class society. As the great revolutionary Rosa Luxemburg said: the choice before humanity is “socialism or barbarism,” and millions of people are already forced to live in such conditions. Speed the day to the socialist victory!