Sports for the People or For the Owner? 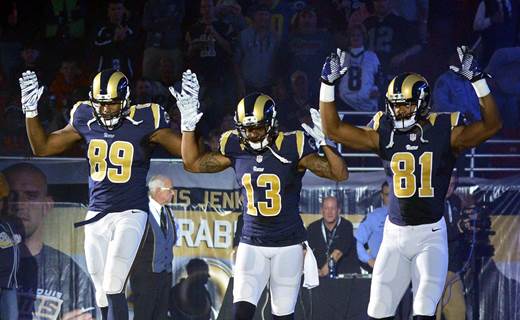 In St. Louis it is impossible to read the sports section or listen to sports radio without hearing about the potential move of the St. Louis Rams to Los Angeles. Stan Kroenke, owner of the Rams, has purchased 60 acres in Inglewood, CA, a suburb of Los Angeles, as he makes moves toward building a stadium to house the Rams. This is a bitter pill for the million-plus people living in the St. Louis area who have a lot of money, time, and energy invested in their team.

In 1995, the state of Missouri passed a bill creating the St. Louis Regional Sports Authority with a budget of $300 million to build the Trans World Airlines Dome (now the Edward Jones Dome) in St. Louis, much of which came from St. Louis city taxes. The intention was for this stadium to attract the then–Los Angeles Rams to move to St. Louis. While many fans were excited to see this happen, the move came at a huge cost to the city, with major subsidies to the Rams ownership.

The then–Rams owner, St. Louis native Georgia Frontiere, has since died, and the Rams have been purchased by Stan Kroenke, who also owns the Denver Nuggets, Colorado Avalanche, Arsenal FC, and many other businesses. Known for his rather ruthless business dealings, and without the same ties to St. Louis, Kroenke has his eyes on what he sees as a more profitable market in Los Angeles. In the initial contract signed with St. Louis, the city is required to maintain the Edward Jones Dome as one of the top 20% of all football stadiums in the NFL (based on analysis done by the NFL). With the stadium now 20 years old—not particularly old by most standards—it is out of that category, and Kroenke is using this as leverage to keep open the option of leaving.

Now, it’s not as if the Rams are hemorrhaging money. According to Forbes, the annual revenue of the Rams is $250 million—paid for largely by St. Louisans who support the Rams—with operating costs of $117 million, leaving a $133 million profit every year. According to the St. Louis Post Dispatch, the mayor and city council have been trying to broker a deal with Kroenke and are even open to discussions about building a new stadium—which the city really does not need, since the current stadiums sit empty most nights—at taxpayer expense. But even this $133 million profit—with the potential for another $500 million in subsidies from the people of the city—may not be enough to keep the Rams here if this one individual decides he might make a couple more dollars in Los Angeles.

So the question inevitably arises, can this be considered a democratic process? Why is it that one individual can hold all football fans in the city hostage over what may or may not make him money? All of the work done for the stadium and the team itself is done by workers, most of whom live in St. Louis, and the revenue is paid for by those who live in the St. Louis area. However, through the magic of private ownership, all profits and all final decisions belong to Stan Kroenke. This is a clear subversion of what genuine democracy should mean, which after all, is supposed to be as American as football.

According to Forbes, the Rams are valued at $900 million. The city graciously paid $300 million for the stadium and have allowed the Rams’ ownership to make approximately $2 billion in profits over the past 20 years. Kroenke should consider himself lucky that the city does not demand it be paid back! This why we demand that the city of St. Louis municipalize the Rams without a penny in compensation. The Rams would then truly be the football team of the people of St. Louis, and the profits could be better spent on education, job programs, infrastructure, etc. One obvious comparison is the Green Bay Packers, which are owned by the public. And, while the Packers have a smaller market, they still bring in a surplus of $25 million or more each year which the city can use for social programs. With the current $133 million profit the Rams are making, the city could raise the public school budget by 50% or create decent paying jobs for 4,433 unemployed citizens.

St. Louis is not the only place where football, a major American cultural institution, is subject to private interests over those of the public. For instance, there is no reason why Los Angeles should not have a football team. They should not have to wait for a capitalist to decide to move there. The process should be democratic, establishing a publicly owned team there if the local residents want one. And to take this argument to its logical conclusion, the NFL as a whole should be nationalized, with ownership and control of the teams going to the cities where they are located. Then the local residents can democratically decide whether or not an NFL team stays or goes, and there won’t be a class of leeches who contribute nothing of substance to society, but instead take billions of dollars away from the American workers.