The Anniversary of the Death of a Tyrant 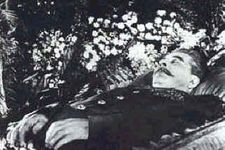 Josef Stalin died on this day sixty years ago. To mark this anniversary we are going to publish a new edition of Trotsky’s Stalin later this year, based on Trotsky’s original notes. It will be the first complete version, with new material not included in the scandalous edition produced by Charles Malamuth. In the meantime, we would like to draw our readers’ attention to the first part of Alan Woods’ article from ten years ago, which deals with the revolution and Stalin’s defeat of the Left Opposition: Stalin: 50 years after the death of a tyrant – Part one