Step Over the Line: A Letter from a Red Letter Carrier 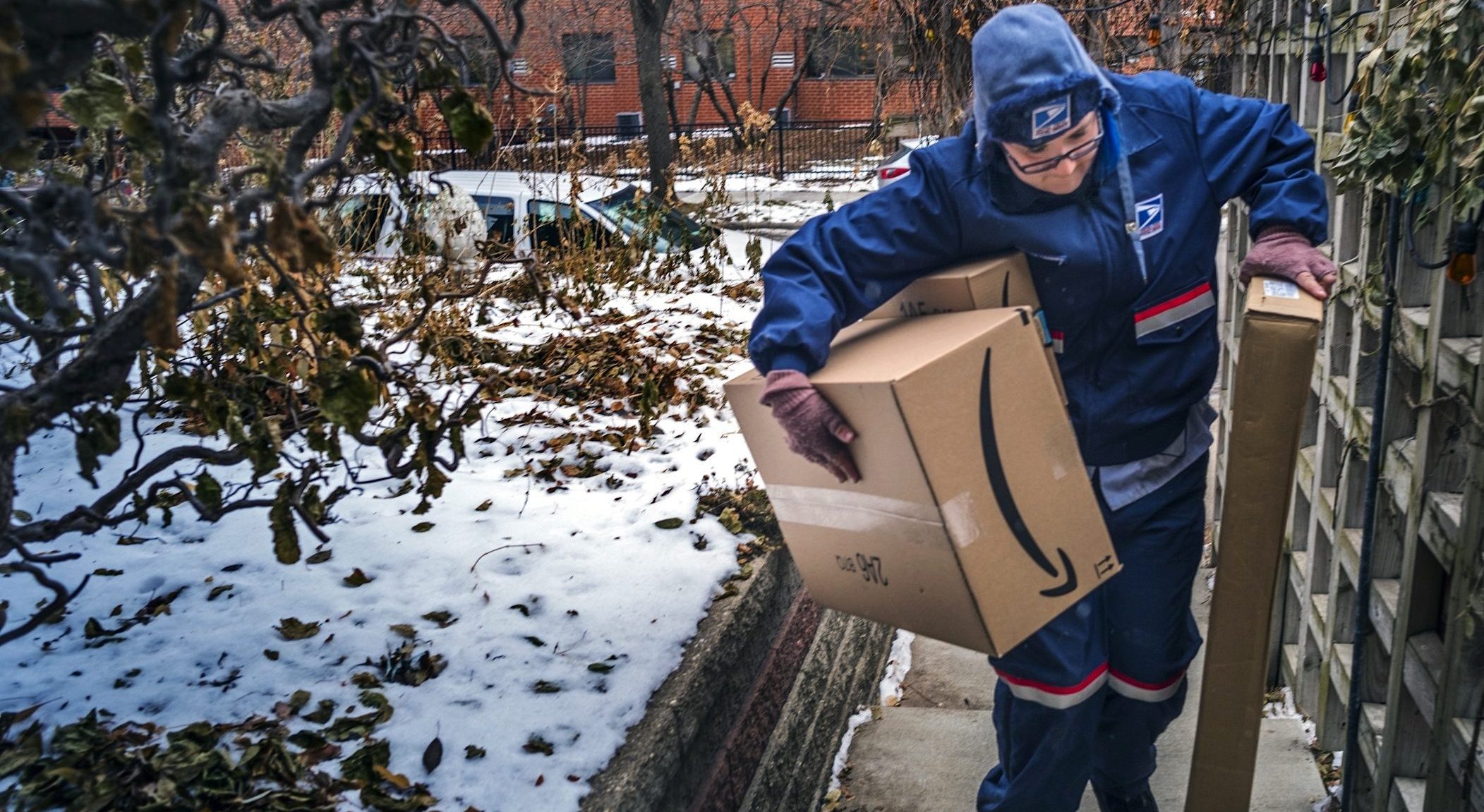 When I first learned I was being hired as a letter carrier at the United States Postal Service (USPS), it felt like I had just won the lottery. My family and friends were ecstatic, too. In the “modern, free market economy,” there are not many good job options for workers who haven’t saddled themselves with a lifetime of student loan debt in order to get a degree—let alone for those who have. But, there I was, hired into one of the few jobs remaining that promised decent wages, comparably good benefits, union rights, and lifetime employment. Something genuinely secure and rewarding.

Sure, I figured I’d have the “neither snow nor rain nor heat” thing to deal with—and dogs—but it couldn’t possibly be too bad. Well, comrades, let me tell you: I was in for a rude awakening. Under capitalism, even deep within the public sector, the underlying pressures of the profit motive make themselves felt. Even though I have worked in several different jobs in both the private and the public sectors, mainly in factories and transport, I can say with certainty that working for USPS has been the hardest job I’ve ever had. Between the enormous amount of responsibility placed on your shoulders daily, and the verbal browbeating and intimidation of management, nothing I’ve had to do before can compare.

I started work as a “City Carrier Assistant” (CCA), a category created to bring in new hires on reduced wages and skimpier benefits than career letter carriers, albeit with the promise that CCAs will be converted to career status as positions open. When I was hired, because of the boom in e-commerce, I was told CCAs were being converted in as little as six months in some offices. However, management is using the CCAs to soak up overtime—since they are paid less—and to cover gaps due to the overloading of existing routes in order to not create more permanent positions.

Immediately after training, most CCAs are “thrown in the deep end” of delivering mail immediately. Contrary to what some might think, delivering mail is not easy, and there is a sharp learning curve. You have to deliver up to 900+ addresses accurately and in a timely manner, whether you know a route or not; whether the route is hilly or flat; whether you have to deliver heavy parcels to the top floor of an apartment building or not; whether you have to worry about heat stroke or freezing; or if it is pouring rain, and you have no rain gear and your blistered feet are soaked. You also have to complete your route quickly regardless of whether Fido is running loose or wasps decided to nest in a mailbox. All while your supervisor is calling to harass you from a comfortable chair in an air-conditioned office. 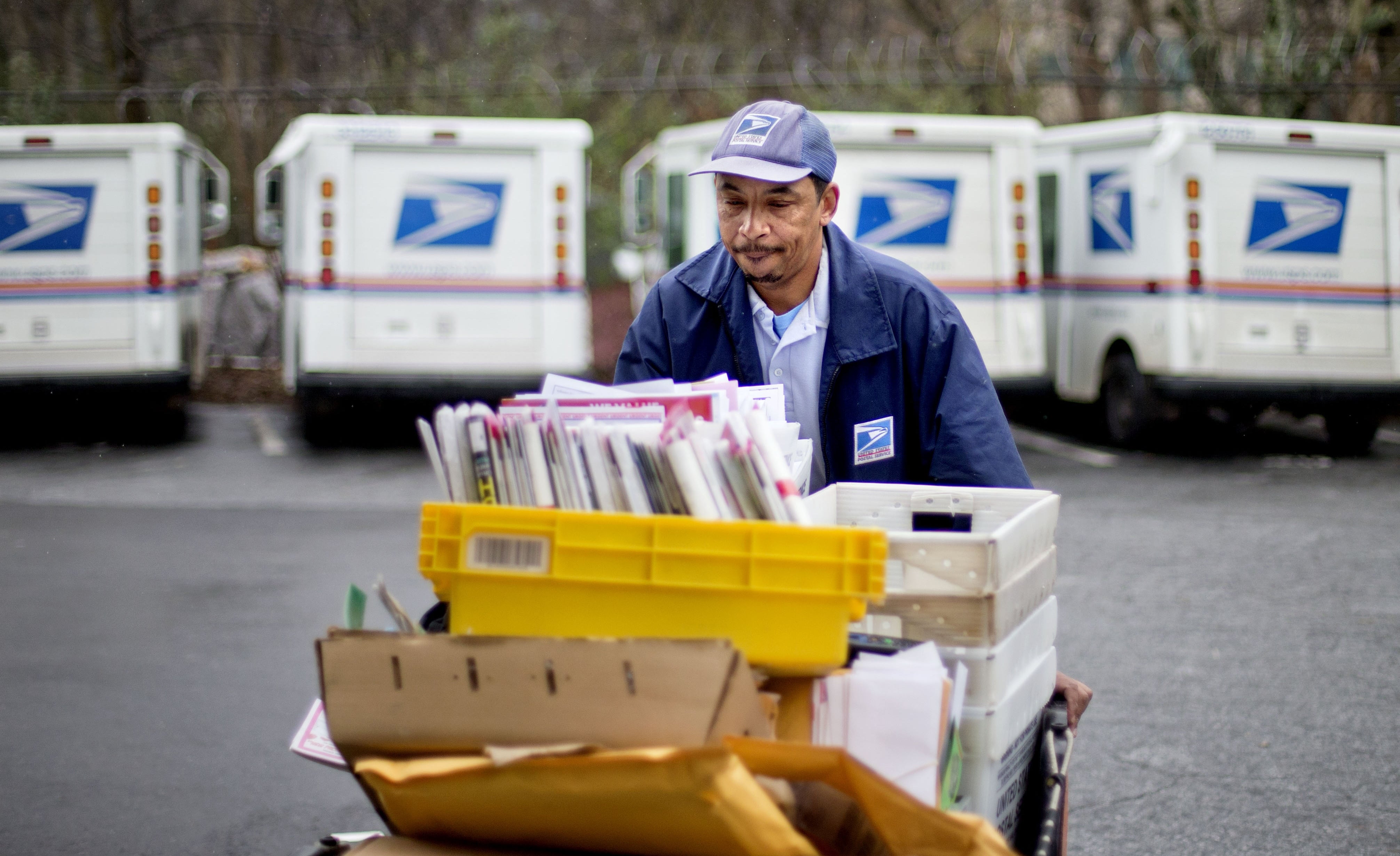 Not surprisingly, the retention rate of CCAs is roughy 50%. We were worked to the contractual limit of 60 hours per week, which included work delivering for Amazon on Sundays, and CCAs could be called into work at any time. This is especially hard on women carriers with children. One CCA, who on several occasions slept overnight in the office break room with her young child, was later fired after another carrier found her child left alone in the CCA’s car in the parking lot while she was working. Who was really at fault in this tragic story?

The number one rule for CCAs was “don’t get hurt.” You may not read about it in the news, but USPS is number one for non-fatal work injuries, mainly from trips and falls. But management wants to have their cake and eat it, too. They work carriers to the bone, which drives them to work unsafely, which leads to injuries, but they then fire the carriers for “injuring themselves,” in order to not pay compensation!

We were told in training by union instructors that “management is not your friend.” Damn straight! In no other job have I seen such open antagonism. In my office, carriers were told that if they wanted to speak to supervisors that they had to ask for permission to “cross the yellow line” separating their workspace from the rest of the workroom floor. One postmaster decided that, in order not to have to park their car near the riff-raff, they would remove all the accessible parking spaces because “carriers by definition cannot be disabled!” Not only was this idea squashed because it was illegal, but we have several carriers who are, in fact, disabled!

In addition, responsibility flows downward in the USPS, and on the delivery side, everything lands squarely on the letter carrier. Management’s role is 90% to “discipline” the workers, 10% to fill in the schedule and to take customer calls (which is usually something the carrier has to handle anyway).

The root of the many problems that plague the USPS is the austerity imposed by Congress and the White House, both of which are pumped full of cash from corporations that want to privatize and break up what is, despite everything, a highly efficient and socially useful publicly owned sector of the economy. Similar to the “military-industrial complex” that exists between the Pentagon and the defense industry, there is a “postal-industrial complex” in which top postal management cuddles up to the private capitalists at UPS, FedEx, Staples, Pitney-Bowes, and others.

Using an artificial and manufactured crisis, they want to sell the USPS off to the even more tender mercies of the private sector. But far from selling it off piecemeal, the interests of the working class lie in defending the USPS and expanding it. If privatization is rammed through, the losers would be the postal workers and population of the US as a whole. The way forward is to nationalize the entirety of the mail and delivery infrastructure under democratic workers’ control, as a model for how we can build a socialist future!

While being a letter carrier is the hardest job I’ve ever had, it is also the most rewarding job I’ve ever had, because of the potential I can see for the future. Today, I am a daily point of contact between hundreds of people and “their” (capitalist) government. In the future, I will be a daily point of contact between people and a government that is truly their own: a workers’ government!