Support the Forces of International Marxism – Donate to the 2016 IMT Winter Appeal! 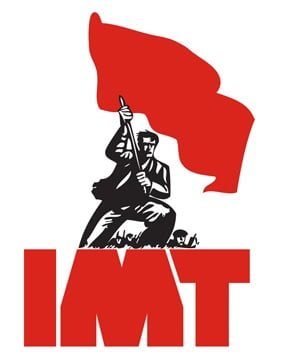 We are on the eve of the 100th anniversary of the Russian Revolution, the most important event in world history. For the first time, the working class took power and held it. This anniversary also takes place at a time of severe crisis of the capitalist system. The euphoria of capitalist commentators 25 years ago, at the time of the collapse of Stalinism, has turned into depression and deep worry for the future of their own system. This confirms Ted Grant’s prediction at the time when he said that the collapse of Stalinism was only a prelude to a new period of crisis for capitalism, which would make the former look like a tea party by comparison.

The last year has seen many indications that the International Marxist Tendency is advancing and connecting with a layer of radicalised youth who are seeking a revolutionary alternative to the status quo. Our World Congress this year was an indication of that, with a record attendance from gathering revolutionaries from around the world. (http://www.marxist.com/imt-world-congress-2016-the-most-successful-yet.htm).

A number of our sections are also growing at a fast pace. The Swiss comrades managed to get a record 130 from all the different language regions in the country to their autumn school. In Britain, the work among the university youth keeps on paying off and the comrades had an excellent “Revolution!” school with over 250 in attendance.

Particular mention should be made of the comrades in the US, who have been steadily growing and who have been intervening actively in all the major events surrounding Bernie Sanders and now anti-Trump movement of the youth. Their North Eastern and Northern California Marxist schools were also a success.

In Canada, the comrades are also tapping into the mood of radicalisation of a layer of youth and have had their best ever intervention at the start of the university year with some very large meetings. Most importantly, they have translated that into growth, and they are now the largest Marxist Group in the country! The comrades are also getting their fifth full-time revolutionary as of January.

The comrades in Pakistan have conducted impressive work over the past six months. They are rebuilding the organisation on a sound footing. They are intervening in student and workers’ struggles all over the country and have gained a foothold among teachers, textile workers and students. At their congress they gathered almost 300 comrades from all over the country, including far away Balochistan and Sindh.

These are just some examples of the good work comrades are doing around the international. The prospects for the work next year couldn’t be better. We are uniquely positioned to take advantage of the 1917 centenary to explain our ideas and recruit new members. The publication of Trotsky’s Stalin biography should re-affirm our tendency as one which is firmly rooted in Marxist theory. The very successful launch in Mexico in the summer will be repeated in other countries as soon as translations are ready.

We also put in a lot of effort and resources in setting up the 2nd Panamerican Cadre School, in Mexico, with the presence of comrades from the US, Canada, El Salvador, Honduras, Brasil, Venezuela, Colombia, Argentina and Bolivia.

In the period when he was struggling to establish a daily workers’ newspaper in Russia, Lenin stressed the importance of regular financial contribution from workers, individually and collectively, as a barometer of the will of revolutionaries to achieve their tasks: “Every group contribution means not merely the sum of five-kopek and ten kopek pieces, but something far more important—the sum of combined, massed energy, the determination of groups to support a workers’ newspaper, to disseminate and guide it, to bring it into being through their own participation.”

Likewise, if we want to carry on and strengthen our work, organisationally and politically, we need to strengthen our finances as well as the team behind the In Defence of Marxism website. For these reasons, we are appealing to all revolutionaries and Marxists to contribute towards our development fund and to help build the International Marxist Tendency. Also consider donating a regular monthly amount!

Let’s get ready for a revolutionary 2017!