The Case for Revolutionary Optimism 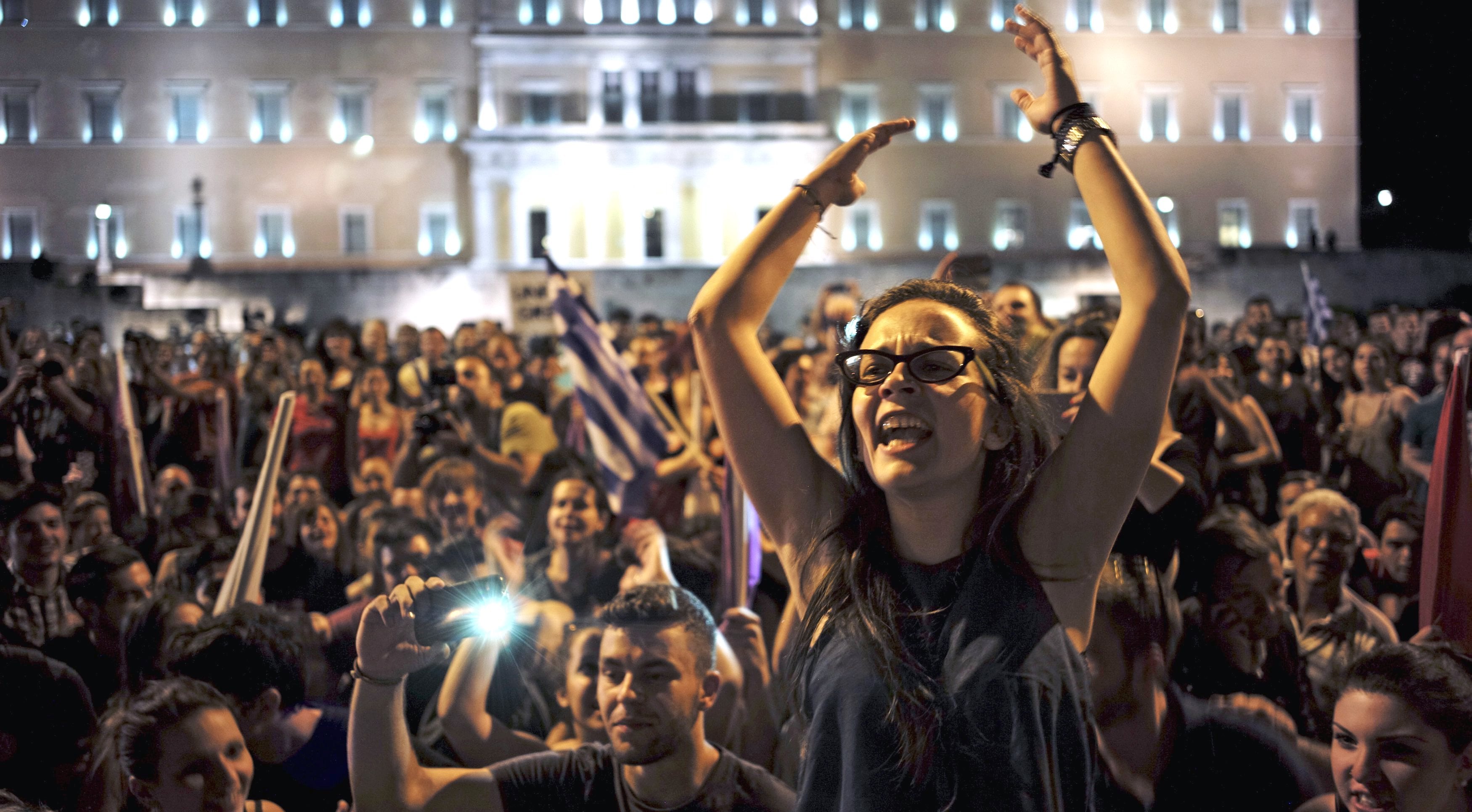 A few years ago, being a revolutionary Marxist meant getting accustomed to seeing incredulous expressions on the faces of people who couldn’t conceive of a revolution. Asking someone to imagine the working class coming to power and bringing the productive potential of society under its democratic control was like asking them to envision an imminent leap in human evolution—a total abstraction.

But as any active Marxist in 2018 can attest, there has been a definite shift in the daily conversations; the need to overthrow capitalism no longer seems so abstract. The now-popular references to late capitalism imply a growing awareness that, if anything, this system should have been overthrown long ago. Now the question is one of concrete strategy: How can a revolutionary mass movement succeed in overthrowing capitalism?

Millions of American workers and youth are ready to talk about socialist revolution. In fact, 51% of millennials—42.3 million members of the largest generation in the US today—would rather live under socialism or communism, according to a YouGov poll from October. Combined with record levels of discontent with both major parties—71% of millennials believe a major third party is needed—you have the demographic outlines of a future mass socialist party once a viable alternative to the left of the Democrats emerges and coalesces.

With this turn in the tide, you’d expect a corresponding wave of revolutionary optimism from the voices of the socialist left, who should be thrilled to be swimming with the stream of mass consciousness for the first time in decades.

And yet, to flip through the pages of increasingly-prominent left publications like Jacobin magazine, you’d think the questions of class struggle and socialist revolution are still as dead and buried as they seemed two decades ago. The demoralized sentiment of the Left was summed up in the advice provided at the end of Erik Wright’s article, “How to Be an Anticapitalist Today”:

“Give up the fantasy of smashing capitalism. Capitalism is not smashable, at least if you really want to construct an emancipatory future . . . in one way or another you have to deal with capitalist structures and institutions. Taming and eroding capitalism are the only viable options.”

The real problem with this pessimistic insistence on lowering the horizons of the emerging socialist movement is not simply the disappointment that comes from hearing the liberal arguments of your high school government textbook repeated in a popular socialist magazine. It’s the fact that this defeatist outlook is shared by the labor leaders who would otherwise be in a position to mobilize a genuine class struggle.

For the budding socialist left in the US, this kind of timidity can only prolong the infant stage of the movement’s development at a time when it could be playing a critical role in transforming the political landscape. A serious campaign in the labor movement for the creation of a mass socialist party would get an enthusiastic echo among millions. Instead, calls to be “strategic” and “realistic”—i.e., by giving up on “outlandish” attempts to break with the Democratic Party—threaten to corral the energy of socialists back into the well-worn and limited channels of local activism and perpetual “base-building.” 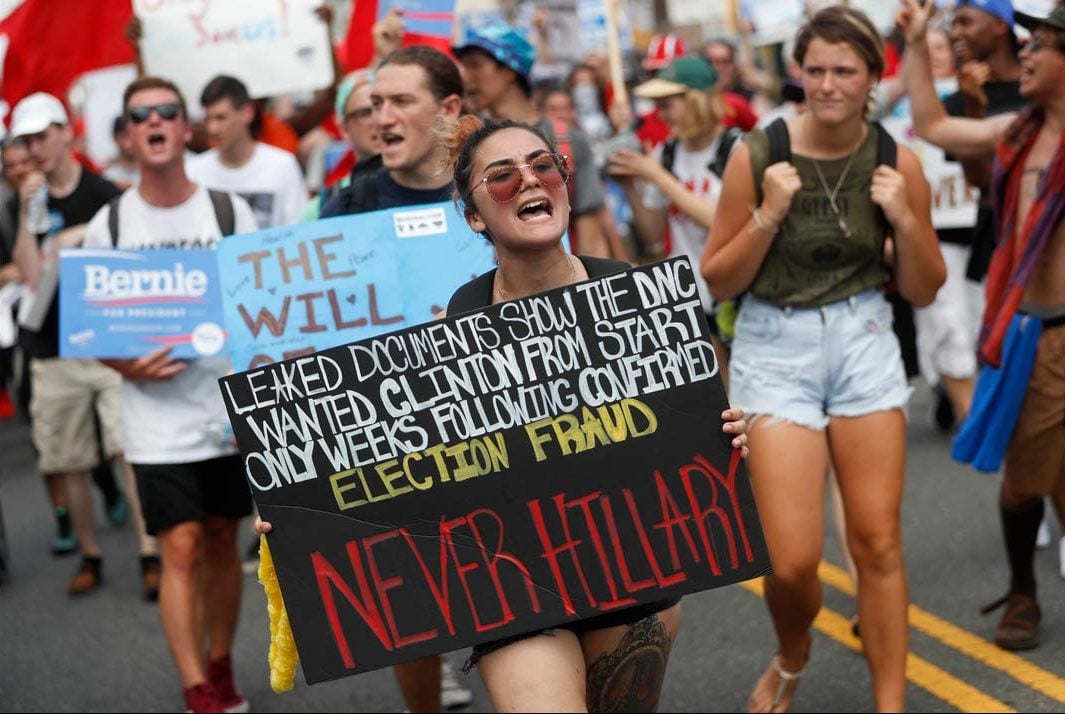 71% of millennials believe a major third party is needed—the potential for a mass socialist party has become a concrete prospect.

This is not the first time Marxism has engaged in battle against a chorus of pessimism. Behind the “hard-nosed realism” of the labor leaders is a crystalized core of disappointment flowing from the many defeats the workers have suffered in the history of the class struggle, inherited from a long line of reformists who came to the brink of revolution, only to become overwhelmed by the weight of history. According to this view, any talk of the working class coming power and expropriating the Fortune 500 is a pipe dream that the Left must leave behind if it’s going to get on with its job of actually making “real change” happen—which must necessarily take place within the limits of capitalism.

Nothing brings out the divide between reformism and revolution like the Russian October Revolution of 1917. This was the theme of a recent Jacobin issue entitled, “The First Red Century,” which opens with an editorial contemplating the relevance of the centenary: “Now, a century later, the question is less whether any of us will live to see socialist triumph than if such dreams belong entirely in the past.”

An article in the same issue, titled “The New Communists,” exhorts the youthful left to “stop worrying about old answers to old questions . . . No matter how many freshmen come to your September screening of October, today the probability of such a revolution is infinitesimally small . . . The world’s working classes have moved on. And yet the far left today embraces the Soviet obsession like a vampire hunter wields garlic.

“Despite what liberals might say, it’s not an inability to atone for communism’s body count which haunts the socialist left today—it’s our inability to move on from these dreams of apocalyptic rupture; fantasies of new, unfathomable worlds that will somehow spring up unencumbered by the shells of the old one.”

The author also objects to the fact that revolutions share fundamental dynamics: “In almost every instance of mass revolt they find the Bolshevik’s October—Germany in 1918–20, France in 1968, Egypt in 2011, and everything in between . . .” The denial that these inspiring mass movements were in fact revolutions amounts to a renunciation of proletarian revolution altogether—i.e., stop imagining that the working class can overthrow capitalism.

So what do Marxists mean by revolution? Instead of providing a dictionary definition, let’s examine the recent events in Greece, and let our readers decide whether these events “deserve” the label of “revolution.” 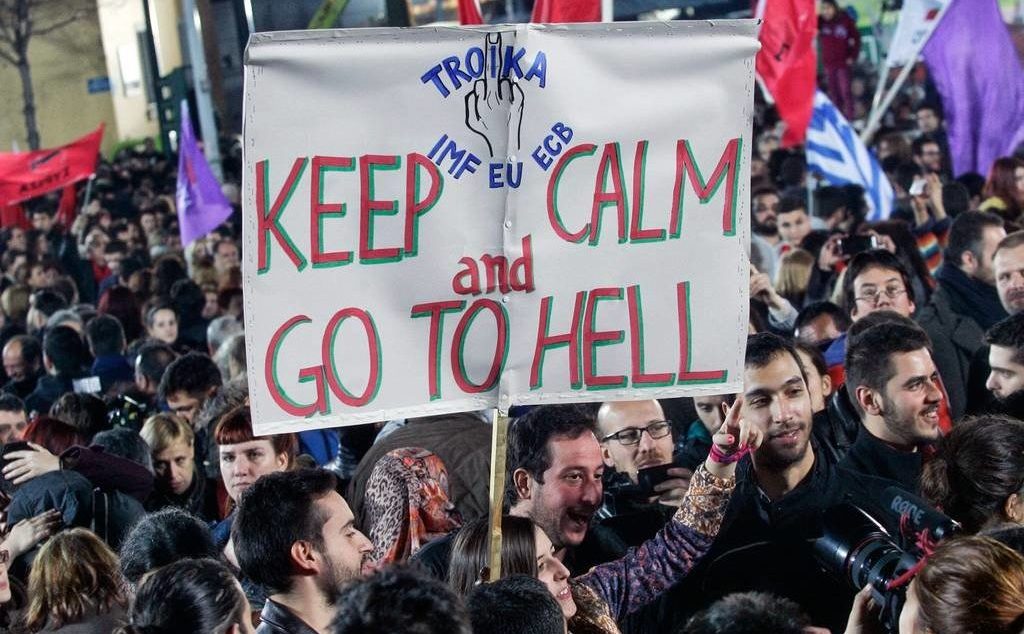 The election of Syriza on January 25, 2015, marked the rise of the first left government in Europe led by a mass party from the communist tradition since the 2008 crisis. Years of ruthless austerity imposed by the Troika of the International Monetary Fund, the European Central Bank, and the European Commission had reduced Greece to a condition comparable only to the aftermath of a cruel civil war, with severe economic dislocation and dramatic cuts in wages and living standards.

The masses were desperate for a way out. For years there had been a near-constant mobilization by the Greek masses, including some 35 general strikes, countless local struggles, and months-long occupations of city squares. In this context, Alexis Tsipras came to power with 80% support on a promise to end austerity and defy the powers of European finance capital. For six months, the Syriza government enjoyed overwhelming popular support from the Greek masses who rallied around the slogan “Not one step back!”

The revolutionary enthusiasm of the masses culminated in the July 5 referendum when 61% of the Greek population voted to reject the extortionate bailout terms proposed by the Troika. At that moment, Tsipras and the Syriza leadership found themselves faced with the limits of the capitalist system. To follow through with the mandate of defiance from the working class and put an end to the onslaught of austerity would have meant a decisive break with the demands of international finance capital. It would have provoked vicious retaliation from the Troika and the Greek bourgeoisie which could only be met with socialist measures: expropriation of the banks to prevent capital flight, and mobilizing the working class to occupy and bring the key industries under state control.

The mass assemblies which gathered in every major square and workplace throughout Greece could have elected representatives to a national network of committees for workers’ control, to begin administering a coordinated plan of production, bringing the millions of unemployed into the workforce to ramp up production and counteract scarcity. The wealth stashed in the bank accounts of the expropriated Greek ruling class could have allowed the state to ensure the supply of raw materials and fuel while new economic relations were established. 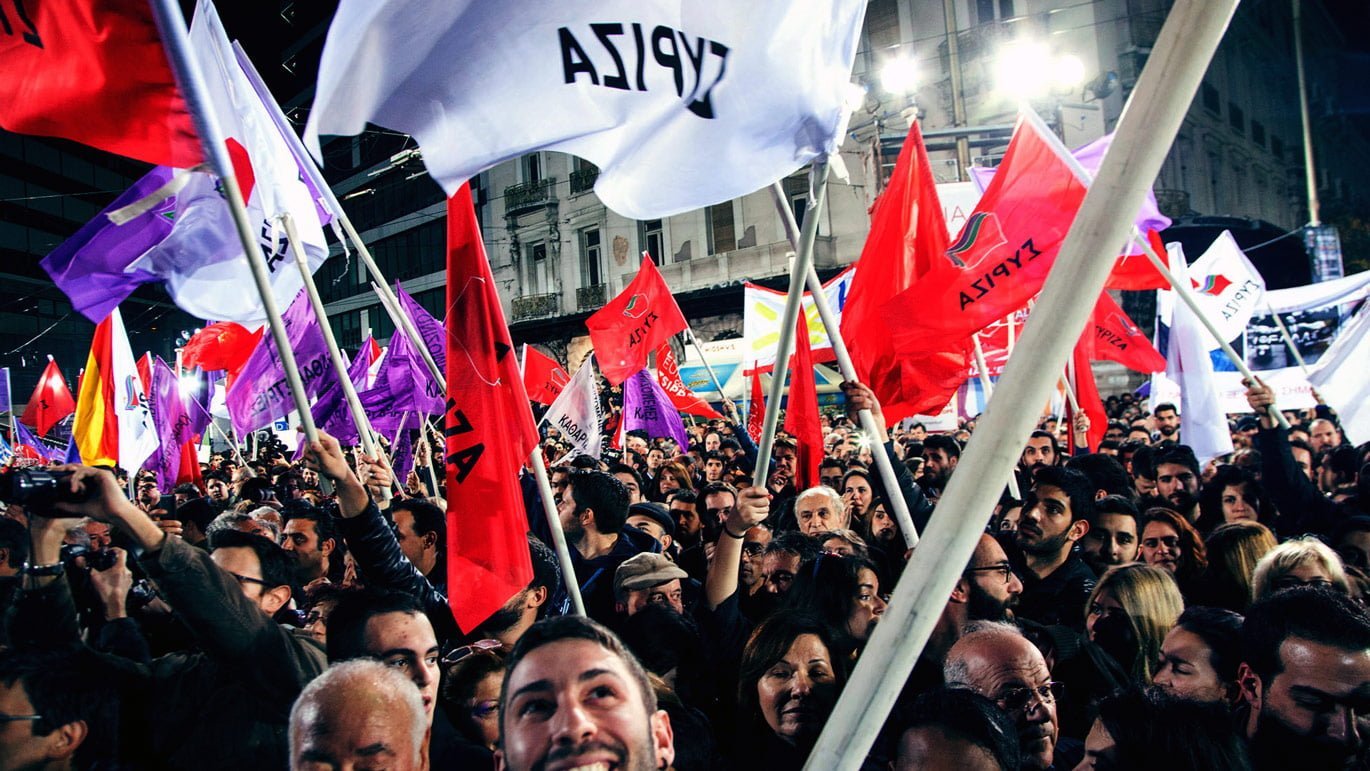 An appeal by the new Greek workers’ state for international solidarity—which was already being expressed by demonstrations of thousands in every corner of Europe—would have sparked a revolutionary wave throughout the continent, beginning with the southern European countries where the workers face the same conditions. The task would have been that of holding out until the workers of the rest of Europe—who were enthusiastically watching every move of the Greek workers—joined them on the road of revolution.

Unfortunately, Alexis Tsipras never had a strategy beyond trying to force Europe’s bankers back to the negotiating table. When the Troika called his bluff, he caved. On July 13, the historic window of opportunity slammed shut when Tsipras signed the Troika’s memorandum, betraying the popular mandate and the aspirations of the workers of Europe, and throwing the ranks of Syriza into confusion and demoralization.

During those decisive days, an organized force of just a couple thousand Marxists with a clear revolutionary program could have shown the way out of the crisis, like someone pointing the way out of a burning building. Just 24 weeks separated Syriza’s electoral victory from its July betrayal—the same amount of time which the Bolsheviks had required in 1917 to grow from some 8,000 to 250,000 members, as events pushed wider layers of the class to draw revolutionary conclusions. If a program for socialist revolution had still appeared too abstract or far-fetched to the average Greek worker in January 2015, there can be no doubt that six months later, it would have received a massive echo.

Was the entry of the masses onto the stage of history in Greece a revolutionary movement or not? Was it the masses’ fault their aspirations were not carried to a conclusion—or the failings of their reformist leaders? 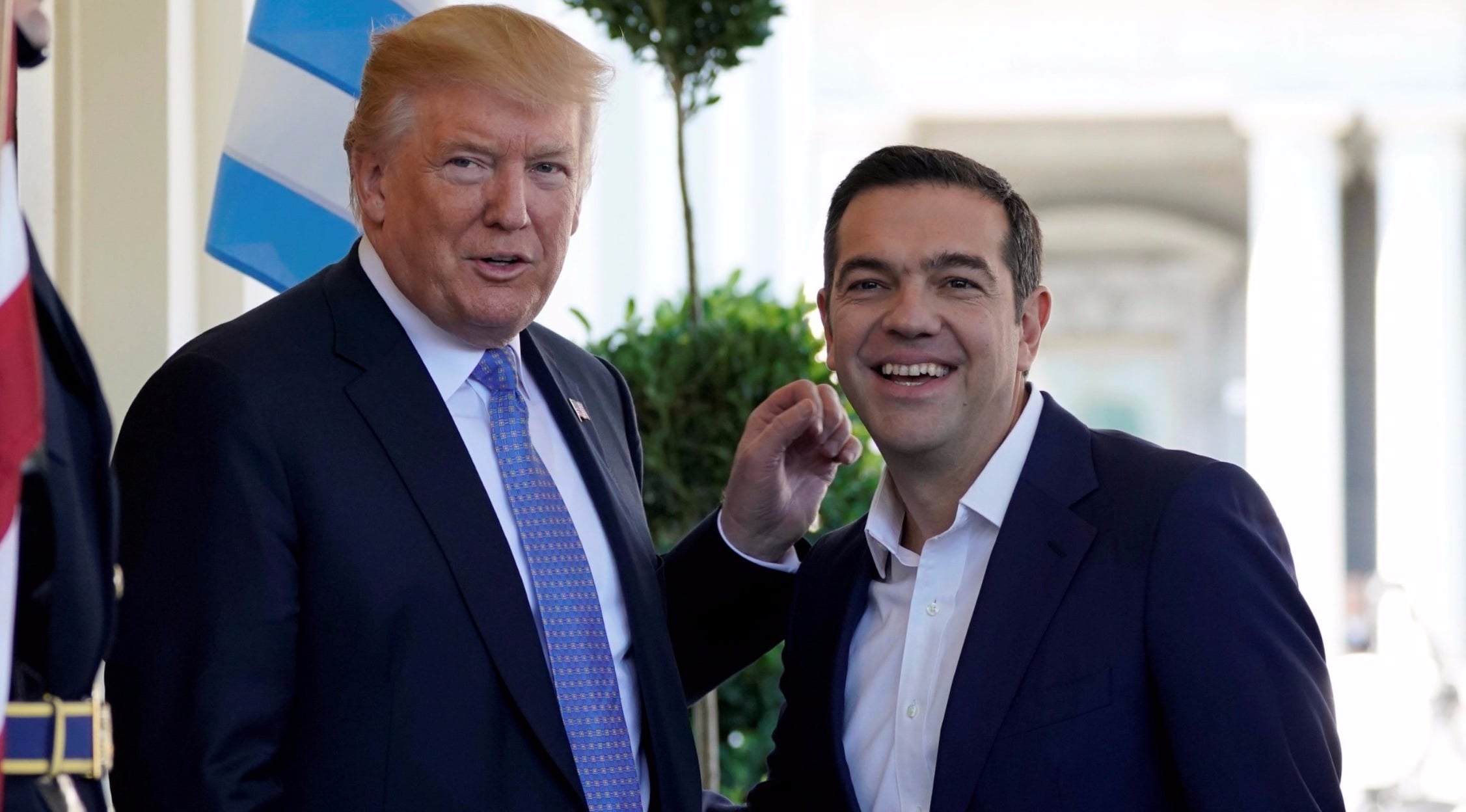 The degree to which reformists and revolutionaries can analyze the same events, and draw diametrically opposed conclusions is truly astonishing. The difference can be summed up as follows: Revolutionaries see a threshold that must be crossed along with the revolutionary masses, whereas reformists are conditioned to see only a ledge from which they must back away—right back to the tender mercies of the capitalists.

The past century is full of mass upsurges that awakened the historic instincts of the working class. In many instances, for all practical purposes, power was in their hands. What was lacking was a conscious leadership with a revolutionary program that could channel the immense creative energy of the workers, recognizing that the workers had power and needed to defend it and proceed to restructure the economy and the state.

Revolutionary Marxists are convinced that the impasse of capitalism cannot help but push the working class onto the path of revolution, as we saw in Catalonia last fall, in Iran this winter, and as will be the case with the US in due time. The question is whether we can organize a force of Marxists in advance who can systematically put forward a socialist program in every major city, key industry, campus, and neighborhood when events bring the workers face to face with their historic mission. Given the millions of youth turning to socialism today, we have every reason to be optimistic about our chances for success.