The Democrats’ Reponse to the Murder of George Floyd: More Police Violence! 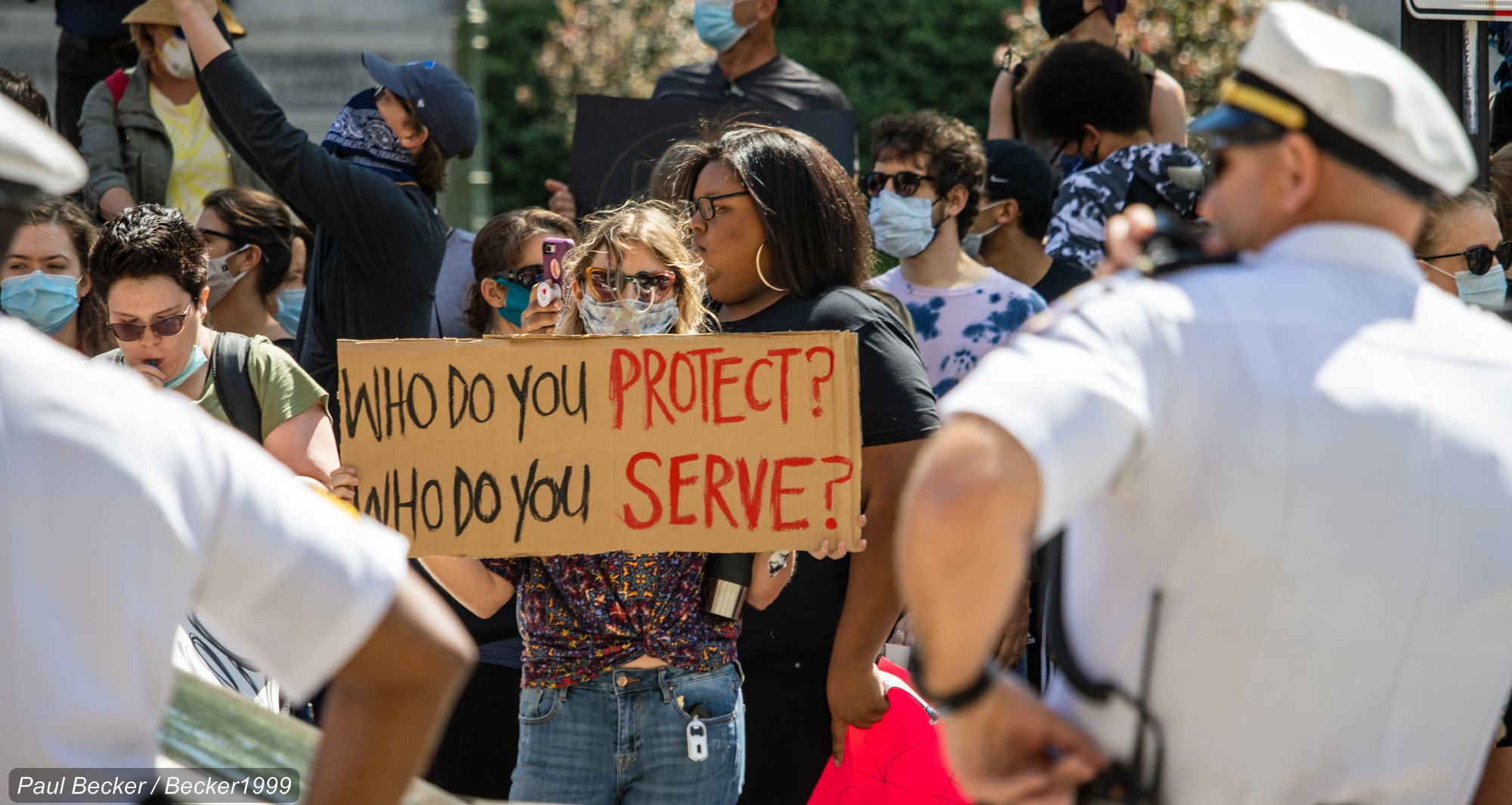 The Democratic Party has seen the same videos we have. They have watched George Floyd’s agonizing murder just like us. They have seen the same cop cars, trucks, and semis run into peaceful protesters in Minneapolis and around the country. The response of this “lesser evil” party has been to line up on the other side of the barricades.

While Trump’s bravado, threat to use the military, and attack on peaceful protesters in Lafayette Park in Washington, DC have received the most attention, it is Democratic Party governors and mayors who are spearheading the brutal police repression of George Floyd protests. With few exceptions, every baton attack, tear-gas canister, and rubber bullet is ordered by representatives of that party.

Everyone knows that the racist system of capitalist policing is not a new issue. Police brutality against blacks, Latinos, and the poor generally has a long history. All major cities have horror stories of police violence, of black men and women being extrajudicially executed by the state. For decades, the Democratic Party has ruled many of these cities as a “one-party” state. There is no serious Republican opposition because the ruling class does not need it. The Democrats serve the capitalist system faithfully, and are dutiful functionaries as the capitalists make huge profits from the working class. In fact, one could argue that at present, the Democrats are the primary party of the US ruling class in general, with the Republicans serving as a rabid auxiliary.

When it comes to defending capitalist property relations, the Democrats make sure that they appoint police chiefs, district attorneys, and other enforcers of law and order who can do the job. There have been only Democratic mayors in Minneapolis since 1978. In fact, it is widely considered one of the most liberal Democratic cities in the country. They have had forty-two years to use that seat to reform the police. Instead, they have used this mandate to militarize the police so as to better protect private property. What else is needed to prove that “reforming the Democrats” is a dead end?

Here are just a few things Democratic Party officials have done in the last few days:

Minneapolis Mayor, Jacob Frey, has imposed a curfew that limits the freedoms of speech and assembly and gives the police an excuse to arrest anyone for gathering peacefully. Are these not violations of the First Amendment? He has been joined by dozens of Democratic mayors since.

St. Paul Mayor, Melvin Carter, asserted that 80% of the arrested protesters are out-of-state “agitators.” This is a typical example of the “divide and conquer” tactic, the aim of which is to create a feeling of distrust amongst the protestors. It was later revealed 83% of the arrested protesters were actually from Minnesota. Even if they were from “out-of-state,” are these not national issues? Do they stop at the Minnesota border? What about the hundreds of protests in other cities across the country? Have all of those people traveled outside of their home areas to protest elsewhere?

The District Attorney of Minneapolis, Michael Freeman, another Democrat, took three days to draw up charges against Chauvin, the cop responsible for killing George Floyd.

Minnesota Attorney General, Keith Ellison, a prominent former US congressman, now leading the prosecution of Chauvin, took a prolonged “wait and see” approach before elevating the charges against Chauvin and charging the other officers involved.

John Harrington, the Commissioner of the Minnesota Department of Public Safety, is also a Democrat. He has been responsible for the attacks on peaceful protests by the police and released the driver of a fuel truck that plowed through protesters on the I-35 bridge without pressing charges.

Eric Garcetti, the Democratic Mayor of Los Angeles, has cut testing for COVID-19 as punishment for the protests saying, “We need to make sure, especially in communities that have less power, that we are able to make sure people don’t disproportionately die because of the color of their skin, we can’t do that when the city breaks down.” These are crocodile tears. This same mayor has overseen ICE raids during the protests in which immigrant workers are crammed into small cages without adequate PPE.

Jim Kenney, the Mayor of Philadelphia has proposed a $20 million increase in the police budget in the midst of these protests, while cutting a community oversight board meant to monitor excessive use of police force. In exchange, he has taken down the statue of the hated racist Democratic Party Mayor, Frank Rizzo, as a token. Empty tokens are all the Democrats can offer while ramping up police violence.

Joe Biden’s crime bill, Obama’s inaction after the murders of Oscar Grant, Mike Brown, and others, and the Democrats’ overall support of the Patriot Act and other laws strengthening the state apparatus at the expense of civil liberties also come to mind. Biden’s latest suggestion—that police should perhaps shoot people in the legs instead of in the heart—is the icing on the cake.

The list is far too long to go into detail at this time. But it isn’t just a list of cherry-picked actions by a few “corporate Dems”—it is a systemic machine for oppression. If you agree to administer capitalism—as all elected Democrats do—then you are implicated in all its evils.

The IMT has a different vision. We fight for a mass working-class socialist party, armed with a revolutionary socialist program. If you want to help us build this alternative, you should join the IMT today!