The Fight Against Fascist Individual Terrorism

On August 3, a white supremacist gunman named Patrick Wood Crusius shot dozens of innocent people in El Paso, Texas. While gunning down those he deemed to be part of an “immigrant invasion,” he declared solidarity with the Christchurch, New Zealand mosque shooter from earlier this year. In the last year, synagogues in Pittsburgh and Southern California have faced similar attacks. These are just the latest in a string of incidents of fascist individual terrorism, which must be understood in the context of the crisis and decay of capitalism.

The Southern Poverty Law Center estimates that over 100 people were killed or maimed by alt-right terrorists between 2014 and 2018. The rise of far-right demagogues like Donald Trump, both nationally and around the globe, has undoubtedly encouraged fascists to come out of the fringes, inspiring a dramatic increase in far-right political violence, including individual terrorism. This is alarming and must be fought against tooth and nail by the mass action of the working class. However, it would be a mistake to say that the capitalists want to establish a fascist dictatorship, or that Trump could easily achieve this if he tried. In reality, the objective strength of open and out fascism is minuscule—this why Crusius and groups like Atomwaffen are compelled to resort to individual terrorism in the first place.

The Southern Poverty Law Center estimates that over 100 people were killed or maimed by alt-right terrorists between 2014 and 2018. / Image: Blink O’fanaye via Flickr

The Trumps and Bolsonaros of the world are reactionary, racist gangsters. Tens of millions of workers and youth are both willing and eager to fight them. However, fascism, as such, refers to a very specific phenomenon. If we are to effectively combat Trump and the small cohort of genuine fascists that orbit around him, we must analyze these phenomena scientifically.

Fascism refers to a counterrevolutionary mass movement, with a social base overwhelmingly composed of the economically ruined layers of the petty-bourgeoisie and lumpenproletariat, cynically used by the capitalist class as a battering ram against the proletariat in a period of revolutionary civil war. Only after exhausting their preferred method of rule—bourgeois democracy with a legislature, constitution, and the supposed guarantee of the “rule of law”—has the ruling class ever moved towards fascist dictatorship.

Mussolini, Hitler, and Franco came to power only after violently crushing the workers on behalf of the capitalists. Inspired by the success of the October Revolution, Italian, German, and Spanish workers led magnificent uprisings and strikes, often in defiance of their official leadership. Feeling the knife at their throat, big business and landowners took advantage of the breathing room left by the vacillation of the workers’ leaders to sponsor small fascist bands. These thugs were given leeway to terrorize the increasingly exhausted proletariat, growing in audacity and strength. Balancing between the classes, the fascist counterrevolution eventually established totalitarian military dictatorships that obliterated the workers’ parties, unions, and other organizations. Tens of thousands of leftists were summarily shot. Millions more would perish in concentration camps.

In other words, fascism is the “nuclear option” for the ruling class when all bourgeois legality has been ripped asunder by the naked process of the class struggle. The ruling class remembers how badly they burnt their fingers last time they employed such an option, which led directly to the horrors of the Holocaust and World War II—as well as the further revolutionary upheavals these events inspired such as the Warsaw Uprising, the partisan movement, or the Greek Revolution. 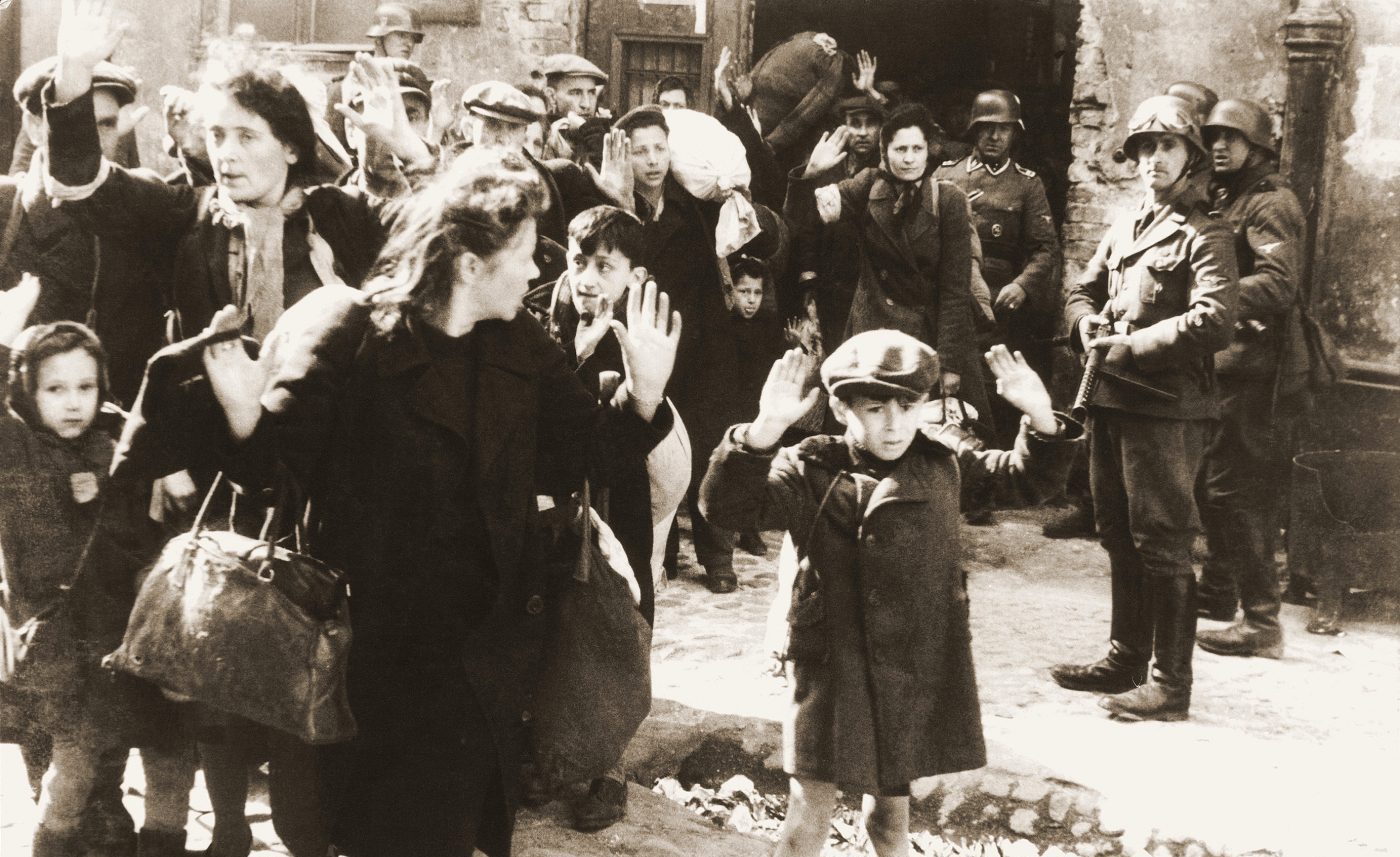 Fascism is the “nuclear option” for the ruling class when all bourgeois legality has been ripped asunder by the naked process of the class struggle. / Image: Public Domain

The class balance of forces is very different today than it was when fascism was on the rise. In the United States and Western Europe, the petty bourgeoisie in all its forms—the peasantry, small farmers, small shopkeepers, small business owners, professionals, etc.—has been economically squeezed out and heavily proletarianized over the last seventy years. As The Guardian has reported, as few as 7.8 million Americans are small business owners in a country that has a workforce of over 160 million. And this mass working class is increasingly aware of its true strength, at a time when the fascists remain atomized and weak.

Marxists have complete faith in the workers and youth to wage a revolutionary struggle. Recent events such as the teachers’ strikes or the mass movement in Puerto Rico are merely the early stages of a molecular process of revolutionary radicalization. If fascism were actually in power today, these events would not have been possible and would have been crushed by the police or paramilitary militias. Nor would you be able to read about these events on our website or in a physical copy of Socialist Revolution.

In the 1920s, the second iteration of the Ku Klux Klan—a product of racist American capitalism—had a membership in the millions and marched publicly down Pennsylvania Avenue in Washington, DC. The largest public display of support the American far-right has been able to assemble in recent years was 2017’s “Unite the Right” rally, which gathered a few thousand fascist, semi-fascist, and other reactionary scum. It rapidly devolved into murderous violence against peaceful counter-protests, leading to the killing of Heather Heyer. A few days later, far-right activists organized the so-called “Boston Free Speech Rally.” The real balance of forces was revealed as 30,000 confident counter-demonstrators dwarfed the handful of cowering fascist clowns. The Women’s Marches and the “March For Our Lives” also brought millions of ordinary people out onto the streets to protest against reaction. American fascists in 2019 could never hope to get such numbers out to support them.

While the danger of fascist violence should not be underestimated, recent movements and strikes in the US and abroad show we have every reason to be optimistic. / Image: Susan Melkisethian via Flickr

In the wake of the latest incidents of fascist individual terrorism, the labor and left leaders in the United States should come out unconditionally for a mass movement against Trump’s racism and the reactionary violence it inspires. The leadership of the AFL-CIO should call for a 24-hour strike the next time a fascist commits an act of terror. An injury to one is an injury to all! Democratic Socialists of America, with its 60,000-strong membership, can play a leading role in organizing such an effort in major cities like New York City, Los Angeles, Chicago, and beyond. By decisively organizing and intervening in such a movement, DSA could play an essential role in building a future mass socialist party of the workers and youth.

While the danger of fascist violence should not be underestimated, we must have a sense of proportion. On the one hand, it is paramount to remember that the class balance of forces vastly favors the working class. On the other, the material basis for fascist dictatorship—a mass of millions of enraged middle-peasants and small business owners, in the context of a decisively defeated proletarian revolution—no longer exists. Long before the fascist filth are allowed anywhere near the real levers of power, the workers and youth will have many opportunities to bury capitalism and its henchmen once and for all. We have every reason to be optimistic. And through mass, concerted working-class action, we will give the fascists every reason to crawl back into their holes.