“The Future Belongs to Us!”: Interview with Russian Climate Strike Activist 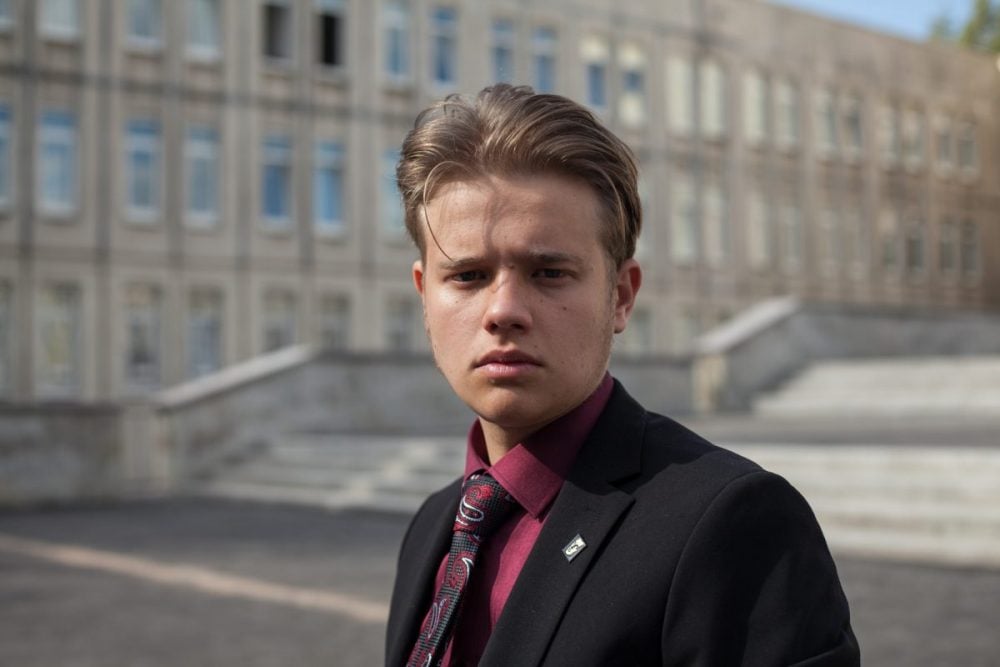 The IMT recently interviewed Leonid Shaidurov, who offered advice to students hoping to build on the movement around climate change. Leonid is a 17-year-old activist who has played a leading role in the School Strikes for Climate movement in Russia. He has helped organize students and is a member of both the coordination council for Fridays for Future internationally and the organizational committee in Russia.

What is Fridays for Future [FFF] and why do you think it has taken off?

The initial cause of the FFF movement was undeniably climate change. However, this movement also takes place in the context of the crisis of capitalism and attacks on the living standards and the rights of working people. The economic crisis of 2008 happened when I was six. For people my age, all we have known is crisis. This means that many young people, like myself, are concluding that, in order to achieve a truly bright future, a real struggle for a world unspoiled by the interests of capital is needed.

There is a growing realization that the exploitation of resources, and of one person by another, is an inherent part of capitalism, and that it is capitalism that causes the world’s environmental disasters. This has led large numbers of young people to the idea that the only way to deal with climate change is revolutionary change. This is why I have immense respect for Greta Thunberg. Her sounding the alarm has awakened this movement around the entire world.

Does FFF have a political program and, if so, how was it arrived at?

The initial politics of FFF amounted to a desire to stay away from politics. However, while you may think you are uninterested in politics, politics is always interested in you. It is not enough to just raise awareness and hope that capitalist governments will change. That is why I believe that, sooner or later, FFF must develop radical answers to the climate crisis, but also to the causes of the climate crisis.

I also firmly believe that, with the help of revolutionary students from around the world, the politics of FFF will be radicalized. From my experience of student strikes in Russia, in struggle, people sooner or later overcome their narrow focus on one problem and realize the need for revolutionary change, which offers a solution to the whole complex of problems. That is why I think the FFF movement can be radicalized. The future is ours!

Why do we need to get rid of capitalism to deal with climate change?

To combat climate change, we need to look at the root cause of the problem: capitalism. Under this system, the ruling class is only interested in profit, because it is a competitive system, where those capitalists who do not make a large enough profit may go out of business and be relegated into the ranks of the working class. In addition to this, the separation of the world into nation states means that these states must compete against each other to encourage investment. This means that, whatever government takes power, they can be blackmailed by international capital to carry out their dictates.

Have you faced any repression for your activism?

It is very difficult to fight for the future in Russia. It is a real dystopia where dissent is considered a crime, and the struggle for human rights is considered extremism. I am persecuted by the Center for Combating Extremism for organizing students. I played a leading role in the successful struggle against the presence of the Young Army Cadets National Movement in some schools. This is an organization that brings rifles to schools to train children for the Armed Forces. Where we were active, we managed to kick them off the campuses.

I was also targeted for winning some concessions for food benefits. In Russia, education is very expensive, and many struggle to afford school meals. We carried out occupations and strikes on this question and won solidarity from teachers and parents. These actions forced the officials to reduce food prices in schools.

Finally, I was persecuted for forming the Free Education Coalition. This is an organization comprising several university student unions, a school students’ union, and a teachers’ union. The aims of this organization include: improving the conditions at school for students; improving the working conditions of teachers; increasing the autonomy of the organizations promoting student rights; and free elementary, secondary, middle, and higher education in Russia. It seems that in times of universal lying, telling the truth is extremism. Only international solidarity can help me.

Do you have a message for students looking to save the planet today?

My message to other students would be that, when you fight to change the world, the censoring and the repression comes first, and you become legitimate later. It is never the other way round. However, always remember, the future belongs to us, and not the powerful. If we unite around a revolutionary program, we can change the world!