The IMT is Growing Worldwide! 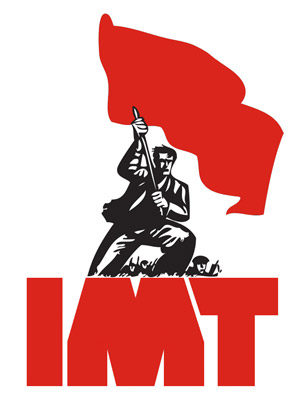 Capitalism has been in a technical recovery since the Great Recession of 2008. After the deepest crisis since World War II, the US government claims the economy had its best year of growth since the economic rebound began. And just how did the economy do last year? It grew by a mere 2.2%. It might not technically be a downturn, but it sure feels like one! So many people are without full-time jobs. Wages are so low, but expenses are so high. Well, perhaps things will improve in 2015? The latest numbers show that first quarter growth in 2015 was a pathetic .2%—just barely over zero.

On top of this, there are more dark clouds on the horizon. Hank Paulson, former Treasury Secretary under George W. Bush, has warned that it is only a question of “when” China’s financial system will face major credit losses, not “if,” and this will be felt around the world, including here in the USA.

The fact is that American and world capitalism is facing an organic crisis.  We have explained this in detail in other articles, but the main point is that it is a dying system. Whole parts of the world are degenerating in barbaric conflict. Capitalism can no longer develop the productive forces and bring humanity forward.

There is no way to reform capitalism. The reformist leaders try to convince the capitalists to soften their program of austerity. However, the system functions according to its own rules, and as it is in decline, can no longer give even meager reforms it was forced to give by the working class when the economy was on an upswing. Instead of reforms we get brutal racist police forces to instill fear into the population.

The IMT is working energetically to build the political leadership needed to bring this about and we are making steady progress around the world. The Italian section of the IMT has just launched a new biweekly paper called Revolution (in Italian, Rivoluzione).  The comrades sold it at the big demonstrations celebrating the 70th anniversary of the defeat of Nazism and fascism and on May Day. All together, they sold more than 3,000 copies, and they could have sold more, but they sold out in many areas. People eagerly bought the paper, saying, “yes, we need a revolution!”

In Britain, the IMT has just held its annual conference and it was a big success. They have built Marxist Societies on dozens of campuses and many young workers and students have joined the IMT as a result. The recent referendum on Scottish independence has set in motion a layer of Scottish workers and youth who want to fight against the system and are looking for ideas to guide them and is shaking up the whole of Britain. The IMT is intervening in this situation and has a goal of setting up a new biweekly paper, like the Italian comrades.

Here in the US we have a goal of raising $25,000 in Fighting Fund this year. As of May Day, we already have raised over $10,000. We want to break our target this year and we will with your help. Help build the International Marxist Tendency!