The LGBTQ Movement and the Fight for Equality (Part Three) 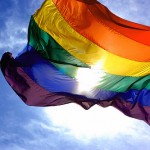 This is the final part in our three-part series.  Read part one and part two and purchase the entire pamphlet from MarxistBooks.com.

During the Second World War, more than 12,000,000 men and women joined or were drafted into the U.S. armed forces. Ironically, this war set things in motion which would help lead to the birth of the LGBTQ movement in the USA.

Although the U.S. military would dishonorably discharge gay men and lesbians from the military, with the war raging, this was not given priority. As the war wound down, the witch hunts began. Interestingly, the two main centers for the U.S. military to discharge people for homosexuality were New York City and San Francisco. At that time, a dishonorable discharge and an accusation of homosexuality was so damaging to an individual that many did not return home, but continued to live in big cities, New York and San Francisco in particular. This led to the growth of an underground gay culture.

Dialectically, the conformity of American capitalist culture brought about its opposite in the growing underground LGBTQ community. The 1950s was a height of economic boom and power for U.S. imperialism. The ruling class launched the red scare, mainly to destroy the left in the trade union movement. We must remember that the Communist Party had the leadership of eleven CIO unions at the time. The McCarthyite witch hunts directed their wrath against communists, left sympathizers and “perverts,” meaning homosexuals.

It is hard for those of us who did not live back then to imagine life in those days. In 1950s New York City, a woman could be arrested for dressing in a way that made her look too much like a man! Still, a Communist Party member, Harry Hay, began an organization know as Mattachine, which was a gay rights organization that existed through the 1950s and 1960s, as did the Daughters of Bilitis, a Lesbian organization. It should be noted that although Hay was a loyal member of the CPUSA for years, his work in gay rights did not have approval of the party, which was dominated by Stalinist ideology.

The Civil Rights movement and the Black revolt lead to the rebirth of the women’s movement and a mass movement against the Vietnam War. Given the repression and hypocrisy of the 1950s, this dialectically lead to the sexual revolution of the 1960s. The gains of these movements eventually led to the Stonewall Rebellion, where gays and lesbians physically fought the police repression which was aimed directly at the community’s social spaces. The Gay Liberation Front was organized with its slogan, “Out of the closets, into the streets!”

All of these movements—Black, women, LGBTQ—included members of all social classes in society and were aiming for basic democratic rights. The American ruling class used the middle class leaders to keep these movements within the “safe” boundaries of capitalism. They have used black, women and openly-gay elected politicians to make everyone feel that they have “a seat at the table.”  The first Gay Pride marches were political in nature, while today, they are more akin to a giant party, and are increasingly being co-opted with advertisements, especially from the alcoholic beverage industry.

Certainly, these movements have forced the capitalist system to implement some reforms. Gay bars are no longer raided by the police. Anti-sodomy laws are off the books.  As of this writing, six states and the District of Columbia allow same-sex marriage.

However, the gains still fall far short of real equality. Federal (and some state) laws still permit discrimination in employment based on sexual preference, gender identity and expression.  Marriage equality without federal recognition means members of the LGBTQ community cannot sponsor their lover for citizenship, the way heterosexual couples can.

We must also understand that as capitalism, both on a world scale and here in the United States, continues to be in crisis, the ruling class and its most reactionary elements will increasingly look for scapegoats, and the LGBTQ community will continue to be one of them.

Democrat Bill Clinton was elected president in 1992, promising the elimination of discrimination against gays and lesbians in the U.S. military within his first 100 days in office. The middle class leaders of the LGBTQ movement supported him as a person who was going to fight for equality for lesbians and gays. These same leaders still advocate that the LGBTQ community support the Democrats as the party that will bring about real equality. What was the result?

In addition to his anti-working class policies of welfare “reform,” policies giving the police more power to “fight crime,” and the NAFTA treaty, Bill Clinton implemented “Don’t Ask, Don’t Tell,” which continued to allow discrimination against lesbians and gays in the military. We must also remember that it was Bill Clinton who signed the Defense of Marriage Act into law.   This was the first time ever it became national policy to prevent marriage equality. With friends like the Democrats, who needs enemies?

Like Bill Clinton before him, Barack Obama has posed as a friend of the LGBTQ community.  He promised to eliminate the military’s “Don’t Ask, Don’t Tell” policy, but it took him two years to do it. That policy continued to be enforced. In the face of the Proposition 8 vote in California, Obama and the national Democratic Party continue a policy which does not support marriage equality.

Interestingly, as the crisis of capitalism deepens and the Democrats launch attacks against the workers and cut education and social programs, they fear losing the next election. Recently, the Democrats have tried to implement more reforms for the LGBTQ community so they can pose as progressive reformers. As an example, New York Governor Andrew Cuomo got marriage equality passed.  California Governor Jerry Brown got a law passed to teach LGBTQ history in the public schools. Ironically, Brown and the Democrats are cutting money to education and laying off teachers. Who will teach this new curriculum?

Ultimately, the Democrats represent the same class as the Republicans.  They base themselves on the continuation of capitalism.  This forces them to move against the working class and play the “divide and rule” card. They are false friends.  The LGBTQ community must depend on its own forces, in alliance with the broader working class.

The LGBTQ Movement and Labor

The labor movement has, over the recent years, adopted policies which support the LGBTQ movement and the fight for quality. Public sector unions such as AFSCME and the teachers have been at the forefront of this change. The unions need maximum unity to beat the bosses and the LGBTQ movement needs the support of labor, representing the power of the working class.

One interesting historical example of the two movements working together was the Coors boycott in San Francisco. In the early 1970s, the Teamsters union was organizing a boycott of Coors beer, which had always viciously fought the unions. The Coors family also gave (and gives) lots of money to right-wing groups and politicians.

Gay activist Harvey Milk joined up with the Teamsters campaign. He was successful in organizing community pressure at the gay bars and clubs to get them to stop selling Coors beer.  The boycott was successful and both movements were strengthened. Through this common effort, the Teamsters in San Francisco became more supportive and sympathetic to the political goals of the LGBTQ community. This is a lesson that we must continue to take note of today.

The need for socialism

In February 2011, the National Gay and Lesbian Task Force released a study on discrimination against transgender and gender nonconforming people. The results confirm what many people already know. Transgender and gender nonconforming people are four times more likely to live in extreme poverty, with half stating that they have been harassed and/or been mistreated at work; 1 out of 4 reported that they had been fired by an employer as a result of their sexuality; 19% had been refused a home or apartment and 11% had been evicted; 19% had been refused care while trying to receive health care services; and 22% had been harassed by law enforcement.

We all remember Mathew Shepard’s brutal murder.  This is an example of how capitalism tries to redirect hatred from the rich and their horrible system to a young man who was just trying live his life. Unless we change this society, capitalism will create the conditions where more such murders and attacks will take place.

In order to guarantee a society with full equality and which is free from  bias, we must transform capitalism to socialism. Socialism would eliminate the need to keep people divided and would allow everyone to develop his or her individual potential. Socialism would be a society where jobs, food, clothing, housing, health care, transportation, retirement benefits and other things would be universally available. Why should a person’s ability to receive these benefits depend on marrying the right person or our own ability to get the “right job” when there are no jobs available?

There is no way to know precisely how human relationships, especially romantic ones, will develop under socialism. However, we can be certain that people would be free to explore their own sexuality, free from state or religious coercion, and that sex would not be just another commodity, as it can be under capitalism. Under capitalism, economic necessity and social “norms” exert a tremendous amount of pressure on people when it comes to their personal relationships. The removal of the constraints of class society will allow people to freely choose their mutual and consensual interactions with one another.

Or, as Engels explained inThe Origin of the Family, Private Property, and the State:

“Full freedom of marriage can therefore only be generally established when the abolition of capitalist production and of the property relations created by it has removed all the accompanying economic considerations which still exert such a powerful influence on the choice of a marriage partner. For then there is no other motive left except mutual inclination.”

Another complication in human relationships under capitalism is the fact that people are divided into classes. This creates artificial divisions and adds power dynamics to human relationships that socialism can eliminate. People will just be people and will not have a certain “status.”  There will be only one “status” in that we are all human. Once human needs are provided for as part of a rationally and democratically planned economy, and “status” fades, humans will be able to interact as free and equal individuals. Raising children will be part of the responsibility of society as a whole, not just the duty of the parents (and especially the mother). It might even develop that there will not be a need for societal/legal recognition of relationships such as marriage, adoption, etc.

The Workers International League is unconditionally opposed to all forms of discrimination. In today’s struggles against discrimination, second-class status, and gay bashing, LGBTQ workers and youth should join the broader fight for the socialist transformation of society. In order for this struggle to be victorious, we need to build a Marxist leadership that learns the lessons of the past so as to change the future. The WIL sees the building of this leadership, with which the working class can lead society forward to a new future, as its primary task. We invite you to join us in the struggle for a better world, the struggle for socialism.

Sources used for this booklet:

• Origin of the Family, Private Property and the State, by Frederick Engels.
• The Rise of a Gay and Lesbian Movement, by Barry D. Adam; 1987.
• Gay/Lesbian Almanac, A New Documentary, by Jonathan Ned Katz (1983).
• The Spirit and the Flesh: Sexual diversity in American Indian Culture, by Walter L. Williams (1986).