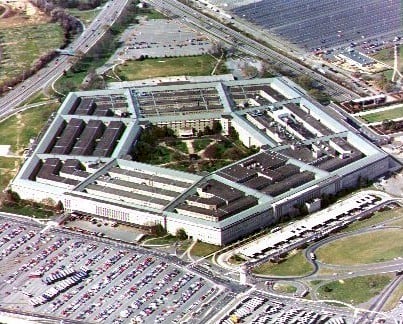 While there is no shortage of evidence illustrating the bias of corporate mainstream media such as CNN, FOX News and their ilk, a new scandal has come to light which reveals the true character of the corporate media. As reported on Democracy Now!, the Pentagon has been coaching retired military generals, who often appear on the various news stations as “impartial experts on military strategy.” Since before the start of the Iraq War these retired military men and women have been on the CIA payroll to promote the Pentagon’s agenda.

Progressive journalists and those opposed to the war in general have long complained of the almost complete lack of anti-war analysts to “tell the other side.” Now it is clear that there is a much deeper scam taking place. The media and government, once again, are in cahoots.

On April 22, Amy Goodman of Democracy Now! reported: “It turns out the pro-war slant of military analysts was in fact part of a carefully orchestrated propaganda effort from the Pentagon. The New York Times has revealed the Pentagon recruited more than seventy-five retired military officers to appear on TV outlets as so-called military analysts ahead of the Iraq war. Newly disclosed Pentagon documents repeatedly refer to the military analysts as ‘message force multipliers’ or ‘surrogates’ who could be counted on to deliver administration themes and messages to millions of Americans in the form of their own opinions.”

These “force message multipliers” (read: Pentagon poster boys) were monitored by a private contracting firm. The firm analyzed the news to ensure that the Pentagon message was being delivered properly. It has also been reported that the propaganda campaign extended beyond television and these same analysts were also used by many newspapers. So much for journalistic integrity.

It was only a matter of time before such scandalous behavior on behalf of the “fair and balanced” news media came to light. But the corporate outlets have important interests that are also shared by the corporate government. Until the media is under democratic workers’ control we’ll continue to be bombarded with the capitalist perspective on events.

We encourage our readers to seek out alternative media and to continue reading and supporting Socialist Appeal. The need for working class analysis to working class problems is more pressing than ever, and with your help we can continue to bring this to you in our pages.  Subscribe to Socialist Appeal today!