The Pressure is Building 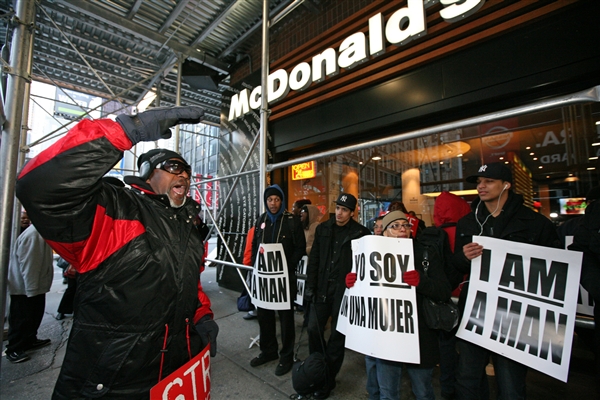 In one country after another, crisis, protests, war, revolution, and counterrevolution are raging. Here in the United States, however, it may seem to some that “nothing is happening.” But in reality, nothing could be further from the truth. Slowly but surely—though not linearly—the economic, political, social, and psychological tensions continue to build.

Five years since the crisis shattered American workers’ illusions in the “new economic paradigm,” things seem to have stabilized. Instead of a mass movement of the workers, generalized shock followed the crash on Wall Street. Obama was elected and a prolonged honeymoon followed. The magnificent events in Wisconsin and the exhilaration of Occupy came and went. On the surface it would therefore appear that, at least in the belly of the beast, “all is quiet on the class struggle front.” But the pressure is building inexorably and it will eventually find an outlet.

As Marxists, we understand that the rhythm of the class struggle is contradictory and unpredictable. Nonetheless, there are certain patterns we can discern, learn from, and anticipate. While every historical analogy has its limits, we can and must absorb the lessons of our class’s centuries-long efforts to end the exploitation and oppression of capitalism. In 1929, Trotsky wrote the following on the rhythm of the class struggle in France, focusing in particular on the question of the revival of the struggle after a period of downturn:

“But in the political field the ebb-tide or stagnation continues even now, at any rate, in the main mass of the proletariat. Thus, the awakenings of the activity of certain sections of the proletariat in the field of economic struggle, is irrefutable. But this process too is only passing through its first stage, when it is primarily the enterprises of light industry that are drawn into the struggle, with an evident preponderance of the unorganized workers over the organized and with a considerable specific gravity of the foreign-born workers.”

In the United States in 2013, we can see a similar process unfolding, though it has been and will continue to be a protracted process. While the heavy battalions of the class in manufacturing and heavy industry have not yet entered the fray, there are important stirrings of precisely the layers of the class that Trotsky refers to. Following the heroic struggles of undocumented immigrant workers in 2006 and 2007, an inspiring wave of protests, strikes, and walkouts is sweeping the fast food and retail industry.

However, the powerful interests we confront cannot be defeated by a relative handful of heroic and self-sacrificing workers and activists. If we hope to win, labor must mobilize the power of the entire working class. Imagine if, instead of just a few hundred workers walking out of a few fast food restaurants, every single unionized worker in every city walked out in solidarity? This kind of working class solidarity would require defying antilabor laws like Taft-Hartley, but it is the only way to ensure a comprehensive victory. This is what the labor leaders should be organizing and fighting for!

Fifty years since Martin Luther King Jr.’s famous “I Have A Dream” speech, his message of struggle against all forms of inequality and oppression continues to resonate with American workers and youth. Since he gave that famous speech, the gap between rich and poor has only widened into an unbridgeable abyss, and the prospects facing millions of young people in particular are bleak. 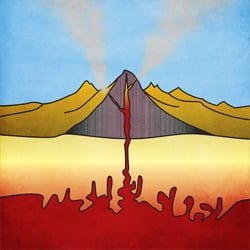 The modest boom that preceded the Great Recession was based entirely on the squeezing of mega-profits from the labor of the working class. That squeeze has only intensified in the last five years. Austerity, givebacks, speedups, and inflation continue to chip away at our conditions of life, our mental and physical well-being. Over the same period, the richest handful of Americans have seen their wealth soar to previously unimaginable heights.

In 2009, as the economy hemorrhaged hundreds of thousands of jobs a month, the average household net worth for the top 1% of Americans was nearly $14 million, while the average net worth of the bottom 47% was virtually nothing. While millions lost their dignity and homes, the 1% received 100% of the income gains during the first two years of the post-crash recovery. In 2012, three of the Wal-Mart heirs each made over $4 billion, just from stocks and investments. So did Charles Koch, David Koch, Bill Gates, Warren Buffett, Larry Ellison, Michael Bloomberg, Jeff Bezos. $4 billion is enough to feed 800 million poor people in India for a year. In other words, the wealth of these 10 individuals could have eliminated hunger in India ten times over. This is the absurdity of capitalism.

So even if we do win higher wages and union recognition, these gains would always be in danger of being rolled back as soon as we let down our guard. The entire capitalist system—including its laws, politicians, government, and media­—are geared toward exploitation and maximizing profits.

As capitalism is the root cause of the wealth inequality, discrimination, stress, and strain we all suffer, we must also fight for socialism. Only when the government and the key levers of the economy are under democratic workers’ control can we live in a society based on plenty for all in harmony with each other and with the environment.