The Revolutionary Philosophy of Marxism—a Review 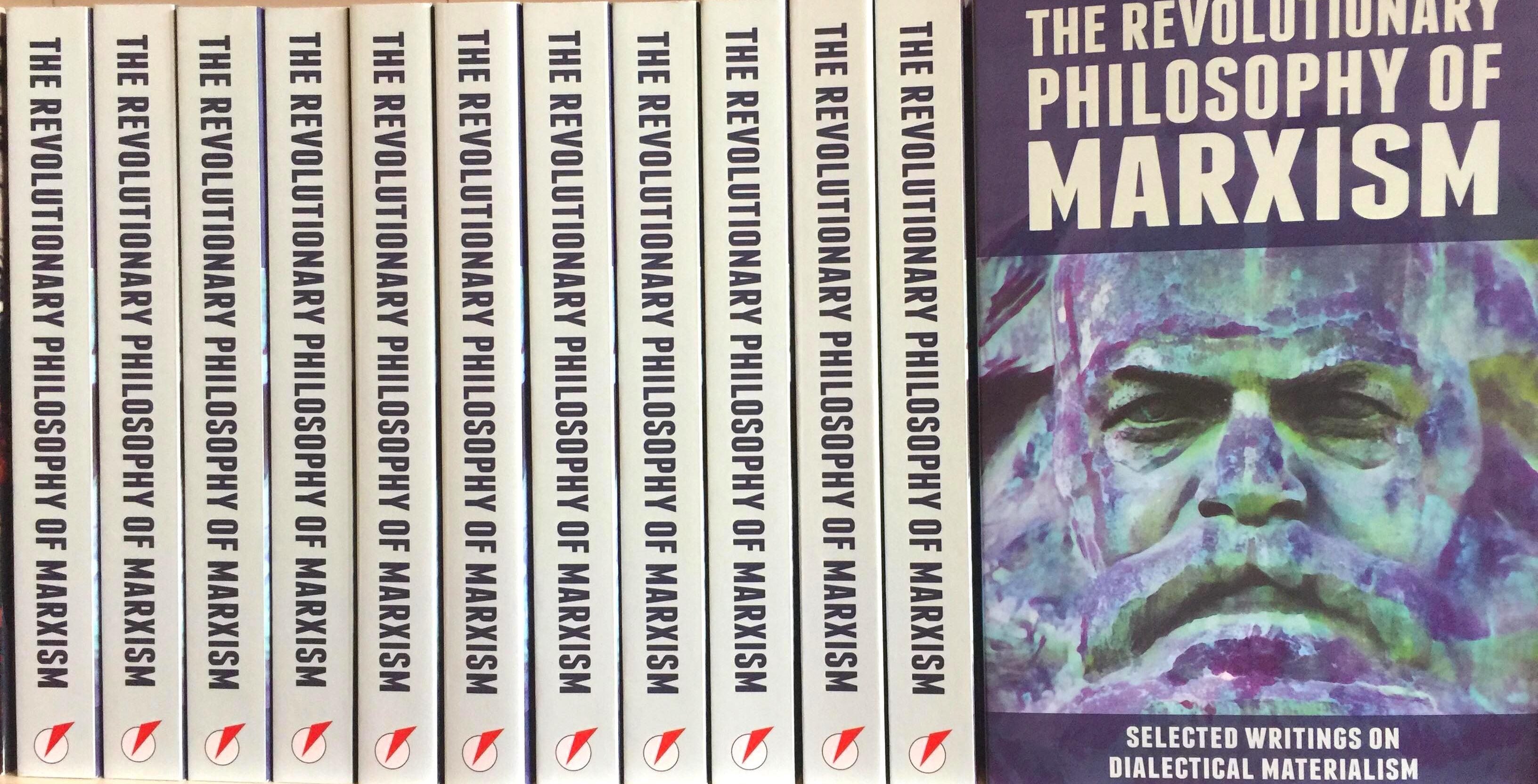 The philosophers have only interpreted the world in various ways; the point, however, is to change it. —Karl Marx

When Karl Marx wrote this line, he underlined his conviction that the transformation of society is made possible, not by the fanciful speculations of would-be universal social reformers, but rather, by real social forces brought on to center stage by all previous historical development.

In opposition to the reformist tendencies, which try to foist their own pet subjective dreams and schemes onto movements for social change, Marx argued that revolutionary movements are the inevitable product of the clash of material, living social forces. Understanding the nature of these forces—and gauging from their interactions the real possibilities for change—is the essential starting point for scientific socialists.

Beginning from a rigorous study of the philosophical ideas issuing from the great revolutions that challenged and overthrew feudal society at the turn of the 19th century, Marx applied a consistent materialist method to the ancient philosophy of change, which had been revived by the likes of Hegel. The result of this combination was a revolutionary new philosophy: dialectical materialism.

This revolution in thought laid the theoretical basis for organizing the modern labor movement into an unstoppable force, for charting its course toward winning political power, and, with that accomplished, wielding the tools required to forge the socialist transformation of the world.

Mastering this philosophical method is an essential task for those who want to fight for socialism, and who want to win that fight. Coming to grips with this task has been made a little easier for us by Wellred’s publication of an invaluable anthology, The Revolutionary Philosophy of Marxism.

In four broad sections, this book presents an introduction for socialist fighters into the origins, development, defense, and practical application of dialectical materialism.

Articles by Marx, Alan Woods, Frederick Engels, V.I. Lenin, and Georgi Plekhanov open the volume, presenting an overview of the history of Western philosophy, from the battles among the ancient Greek philosophers, through the stultified idealism underlying the religious ideologies of the middle ages, and the revolution in thought made possible by the rise of capitalist productive forces from the depths of feudal society. These articles introduce the reader to the ideas of some of the main philosophical trends prior to the advent of capitalist society, and root them in the underlying changes in the productive forces that ultimately make social changes possible—and necessary.

In the second section, articles and excerpts from longer works by Engels, Marx, Lenin, and Leon Trotsky provide a solid introduction to dialectics. It was the Greeks, and especially Heraclitus, who first developed dialectics in a rudimentary form. It is essentially a philosophy of transformation, viewing all nature in a process of change and development. During the middle ages, when the rate of social change was very slow, dialectics gave way to static views, “common sense,” the “here and now.” Empiricism was the embodiment of this philosophical trend, and for a time provided the basis for the accumulation of knowledge.

It was the Greeks, and especially Heraclitus, who first developed dialectics in a rudimentary form. / Image: Public Domain

For example, the classification of species, the division of living things into discrete family groups, played an essential role in advancing the understanding of nature. But once that work was fairly complete, answering questions of origins and development required a different method of thought—one that sees motion and change as an elementary condition of all existence.

But it was the changes in society that drove the revolutionizing of philosophical thought. The section on dialectics explains how the bourgeois revolutions of the 18th century made this revolution in thought both possible and necessary.

However, this breakthrough in philosophical thought, led by Hegel, contained a fundamental flaw: it viewed the processes of change through the prism of subjective thought, idealism. Marx and Engels corrected this flaw through the injection of materialism into Hegel’s dialectic. And this key breakthrough provided the working class movement the tools it needed to chart the course to socialism. Writings by Marx, Engels, and Lenin in the third section drive home the point that maintaining a solid grasp of dialectical materialism is of utmost importance to the successful construction of a revolutionary party of the working class.

The Class Struggle, Party Building, and the Socialist Tradition

But in what ways can these ideas be of use to the concrete tasks of day-to-day socialist work? This is the question taken up in the final section of the book.

Without fail, at times of ebb in the struggle, and in times of relative class peace when self-serving careerist and reformist elements come to the fore within the labor unions and workers’ parties, empiricist and idealist challenges to the Marxist method arise.

Luxemburg spearheaded the struggle against Bernstein, the main proponent of revisionist ideas in the German working-class movement.

One of the first challenges was the revisionist trend led by Eduard Bernstein in the German Social Democratic Party in the late 1890s. Rosa Luxemburg demolished Bernstein’s ideas in her famous short work, Reform or Revolution, of which the sharpest portion is reproduced in this volume.

Trotsky’s role as revolutionary leader of the October Revolution and organizer of the military defense of the young Soviet Republic was supplemented by his work as a teacher of the Marxist method, and two of his articles from the early days of the USSR illustrate the application of Marxist philosophy to some of the real problems of building socialism in a backward country.

He was also charged with the responsibility for negotiating the exit of the Soviet Union from World War I, a precarious balancing act between the desperate need to turn full attention to raising domestic production, on the one hand, and on the other, holding out for time for the German workers to rise in revolt themselves. Printed in this section is a speech to the Central Executive Committee of the Bolshevik Party in his capacity as People’s Commissar for Foreign Affairs which illustrates in stark terms the dialectical materialist method.

And with the Stalinist degeneration of the Russian Revolution, Trotsky led the defense of dialectical materialism in his final decade of life, applying the Marxist method to real-life questions of building new revolutionary parties from scratch, in two articles reproduced in this book. 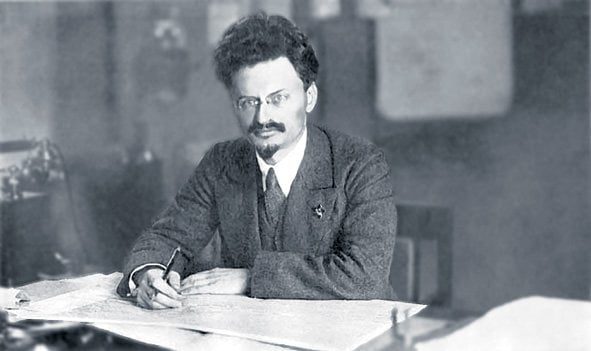 With the Stalinist degeneration of the Russian Revolution, Trotsky led the defense of dialectical materialism, applying the method to the question of building new revolutionary parties.

A must-read for all socialists

This new book is introduced by a lengthy, all-new article by Alan Woods, who explains the most important concepts of dialectical materialism, contrasting its vitality with the lifeless decay of bourgeois philosophy.

Woods highlights the practical importance of studying this material:

The equivalent of genetic information in the revolutionary party is Marxist theory. The party, even when it is small, must contain the necessary quality in order to grow. If it conducts its work correctly and has the necessary opportunities at its disposal, it can grow and develop. Quality becomes transformed into quantity, but quantity in turn at a certain point becomes quality. A mass party becomes a factor in the situation, and its actions can now influence large numbers of people. It will be in a position to lead the masses to victory.

Buy this book. Study it. Discuss it with others. Equipped with these ideas, we can build a powerful international movement that will change the world.