The U.S. Elections and the Working Class 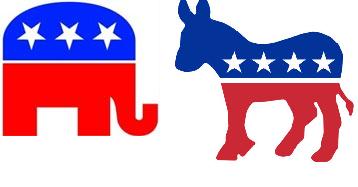 “The oppressed are allowed once every few years to decide which particular representatives of the oppressing class are to represent and repress them.” – V.I. Lenin

Elections can reveal a lot about a country, and the fast-approaching U.S. presidential election is proving to be no exception. Above all, the current election shows just how much working Americans need their own political representation. This fact is expressed and cynically taken advantage of by Barack Obama’s campaign slogan: “Change We Can Believe In.” Even the “old guard” represented by John McCain has had to raise the idea of change in his campaign rhetoric.

U.S. workers have faced decades of across-the-board declines in our standard of living: attacks on union rights, ever-shrinking wages, longer hours, deteriorating working conditions, the gutting of social services, indebtedness, home foreclosures and the ever-worsening state of for-profit health care, just to name some of the biggest problems. On top of all this, there is the perpetual “War on Terror,” which has meant hundreds of thousands of lives and billions upon billions of dollars down the drain. Both Iraq and Afghanistan are in chaos and ruin, and still there is talk of opening up new fronts.

It is therefore no wonder that millions of regular working Americans desperately want change. However, working Americans are not fools, and instinctively understand the complicity of the other party of the ruling class: the Democratic Party, which since 2000 has gone hand in hand with Bush in enabling his imperialist wars abroad and attacks on our quality of life here at home. No wonder Congress has an even lower approval rating than Bush.

A relatively high abstention rate is the norm for most U.S. elections. In most elections, voter turnout is 40 percent or lower. For example, turnout in the November 2006 elections was just 29.7 percent. In other words, a mere 15 percent or so of the country’s eligible voters decided the election. Despite all their talk about “democracy,” it suits those who really control the country to keep turnout low. And when there is a higher turnout, they regularly resort to mass disenfranchisement, particularly of Blacks and other minorities, to ensure the “right choice” is made by the voters at the polls.

Despite his continuing lurch to the right now that he has the nomination, there could be a larger than usual turn out due to Obama’s message of change and the pent up frustration against the Republicans after 8 years of Bush. Many people see in Obama what they want to see. But his election is far from guaranteed.

Although Barack Obama is the first Black candidate of a major political party to make it past the primaries, a historically significant feat in the U.S., the real substance of his politics could fit nicely into the folds of either corporate party. And while McCain is certainly the more openly imperialist and politically crude of the two – cracking jokes about 9-11, bombing Iran or forgetting the number of houses he owns – he and Obama share much in common politically.

On the question of the war, which after the economy is the biggest concern for most voters, the two candidates hold only slightly different views on the best way to dominate the Middle East. McCain favors the surge and the general course taken in Iraq by Bush, while Obama favors the redeployment of thousands troops from Iraq to Afghanistan, with the possibility of opening up a new front in Pakistan.

Neither candidate is for the complete and immediate withdrawal of all U.S. troops from the Middle East or of ending the so-called war on terror. In fact, they are always trying to out-do each other when it comes to who would be “tougher on Al Qaeda.” It’s the same when it comes to many other pressing issues. From their support for private, profit-driven health care, to their opposition to immediate and unconditional legalization for immigrant workers and their families, their positions are nearly identical if you look at the small print.

The most important point to emphasize is that none of these politicians are our politicians. That is to say, they are not politicians who represent the interests of the working class majority, those of us who work one, two, or even three jobs and can still barely make ends meet. Rather, the Democrats and Republicans are the political representatives of the bosses. As such, the laws they pass and enforce will be laws that favor the interests of the rich. The basic problems our class faces today will continue no matter which Big Business politician wins in November.

There will be enormous pressure to support the Democrats from the labor leaders and from reformist organizations involved in struggles ranging from anti-war to immigrants rights. Workers and youth will once again be told to settle for “pressure politics.” In other words, we will be told to vote for Obama since he is “less evil” than McCain, and will even be told that a McCain presidency would equal fascism.

We must reject all attempts to get us to renounce our class independence, to put our faith in this or that capitalist politician.  We must be bold in ideas and friendly in approach, patiently explaining to our co-workers, friends and neighbors the need to break with the Democrats and for a mass party of labor based on the unions. Here in the U.S. the unions are our only mass organizations. They alone have the social base and resources needed to mount a truly effective and nation-wide challenge to the incumbent parties. This idea may not yet get a massive echo. But based on their own experience, millions of workers will come to the conclusion that this is the only way forward. Many have already reached this conclusion and are looking for alternatives.

In the meantime, since a mass labor party does not yet exist, we can lend our support to campaigns such Cindy Sheehan’s Independent challenge to the Speaker of the House, Democrat Nancy Pelosi, and Cynthia McKinney’s “Power to the People” presidential run. These campaigns offer a glimpse of what would be possible if we had a mass labor party in the U.S. Even a modest program of union rights and living wages for all, universal health care and education, and an immediate end to the war could quickly gather enormous support, let alone a program for the socialist transformation of society.