The War at the Point of Production: The 'Killing Fields' of the United States 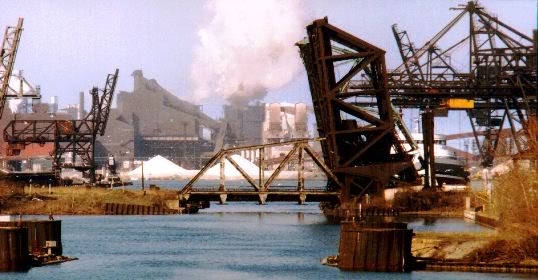 Like the Four Horsemen of the Apocalypse, world imperialism spreads War, Famine, Pestilence, and Death, throughout the world. Author Gore Vidal describes this era as ‘Perpetual War for Perpetual Peace’. One perpetual war which is not openly publicized is the war for profits.  It takes place every single day at the point of production, and is killing increasing numbers of workers every year. Today, workers are used as ‘cannon fodder’ both in the war in Iraq and in the war for profits at home. Workplaces have become perpetual ‘killing fields’.

According to Lisa Cullen, the author of A Job To Die For, "Every day, 165 Americans die from occupational diseases and 18 more die from a work related injury. On the same day, more than 36,400 non-fatal injuries and 3,200 illnesses will occur in America's workplaces." Every year 6,225 Americans die from occupational diseases while 6,570 more die from work-related injuries. In that same year, more than 13,286,000 non-fatal injuries and 1,168,000 illnesses occur in America's workplaces. Again: "Each year, this unknown workplace epidemic extends into nearby communities to claim the lives of 218 innocent bystanders and injure another 68,000."(1)

One of the best descriptions of the government's attitude to workers' health and safety can be found in the conclusion of a paper by Peter F. Infante, former director of standards for the Occupational Safety and Health Administration (OSHA). It was presented before President Clinton’s Cancer Panel in 1994 and was also published in the winter 1995 issue of New Solutions with the title: "Cancer and Blue-Collar Workers: Who Cares?" In this article Infante writes:

" . . . In the early 1900s, canaries were routinely taken down into the mines. The men used these canaries to give them the first sign of possible disaster or death. When the canaries passed out or died, the men knew that there was a problem with exposure to carbon monoxide and immediate action was needed. The analogy here is clear. Blue-collar workers appear to be the canaries in our society for identifying human chemical carcinogens in the general environment. The fact that occupational cancer is a sentinel for identifying carcinogenic exposures in the general environment is reason alone to justify an intensified cancer research effort in the workplace. Yet, our efforts to study their exposures to carcinogens, or to develop technology to decrease that exposure, or to develop safe substitutes have been relatively minimal.

"Given the obvious benefits to an intensified cancer research effort directed toward the study of workers, I ask myself why it has been given so little attention. In my opinion, this inattention is reflected in the way data on health are gathered in general in the U.S. Health data are published by sex and race, but not by social class. This is no accident. It reflects a social class bias by those gathering the data. I suggest disproportionate death from cancer among blue-collar workers is a social class issue and that the problem is neglected because it is a potentially explosive issue. It raises questions about the control of production and cost of production. In 1992, the Congress of the United States passed legislation entitled the 'Cancer Registries Amendment Act.' This Act authorizes $30 million per year through 1997 to fund statewide cancer registries. Yet, not a single cancer registry in the United States requires that a detailed occupational and job history be taken as part of its activity. It is reported that the National Cancer Institute (NCI) allocates $20 million per year (1 percent of its budget) for occupational cancer studies. Why is the amount of funding to investigate cancer in the workplace so disproportionately low in relation to the 'success' of confirming human causes of cancer by studying blue-collar workers?"

Infante's paper fell upon the deaf ears of Democratic President Clinton and the rest of the United States Government. After all, job-related injuries and deaths are an unavoidable part of the corporate drive for higher profits – with the complicity of both major parties. Safety regulations are always a compromise between science / common sense and corporate profit margins, usually heavily weighted towards the latter.  What is best for working people is only considered as an aside, and then only for cosmetic purposes or to avoid costly lawsuits.

OSHA had tried to correct itself in the 1970s but with no success. Under pressure from below, OSHA administrators during the Carter years estimated that their proposed legislation would produce a 20 percent drop in cancer rates. But then along came Ronald Reagan – a well-known carcinogen – and so began the slow erosion of workers' safety guidelines that had been fought for by American workers since the 1930s. Bush Sr. and Clinton followed in his path, and let's not forget that one of Bush Jr.'s first acts as president was to repeal OSHA-mandated ergonomics guidelines which would have prevented an estimated 4.6 million cases of musculo-skeletal injuries.

As a result of what he had seen in his years on the inside, Peter Infante had this to say: "They're not interested in protecting workers, they're protecting industry, so that's why I left." Infante, who quit the agency in 2000, said that "most OSHA employees with the qualifications to develop health standards had left the agency and have not been replaced, while the few who remain have been reassigned. As a result, the agency lacks the capacity to develop regulations, even if it wanted to." (3)

In the killing fields of US industry, workers are maimed or killed for nothing – or rather, they are killed and maimed while producing profits for the rich – which is nothing to die for.  Environmental destruction, disease, and death are factored into the costs of production with the same calculated callousness as casualties of war are factored into military campaigns. Government ‘safety’ agencies even use terminology simliar to that used by the Pentagon.

In war, civilians killed and wounded by the military are referred to as ‘collateral damage’. In much the same way, the government sets ‘economically feasible’ levels for workplace injury and death. So, if you get cancer at work or lose a limb to an accident, there's nothing to worry about – it's ‘economically feasible’! The most horrifying fact is that 99 percent of these injuries and deaths are preventable with modern-day technology and science.

Dangerous and often deadly working conditions and exposure to toxic chemicals affects us all.

Roland Sheppard is a retired Business Representative of Painters District Council #8. Prior to being elected as a union official, he worked for 31 years as a house painter. He has been a lifelong socialist, and recently became a member of the Workers International League. He became especially interested in the environment when he was diagnosed with cancer due his work environment. He put together all the medical and legal arguments on a breakthrough workers' compensation case in California, proving that his work environment as a painter had caused his cancer. After a five-year struggle, he won a $300,000 settlement on his case.

We reproduce below excerpts from a 1996 article by Roland Sheppard, written when he was a Business Agent for Painters Local Union #4 in San Francisco.  The article is titled "Why Painters Should Wear Respirators and Skin Protection At All Times". It was originally written for the Painters Union District Council #8 newspaper, The Voice.

"In our safety classes you are taught to read 'MSDS' sheets. For prevention of cancer, these sheets are of no value. The reason is that NIOSH, the scientific part of OSHA, does not set the permissible legal limits [PEL] of particles in the air while you are working. From the following examples from the 1994 NIOSH Pocket Guide To Chemical Hazards, one can see what is wrong with OSHA.

"From Page 342 of the Pocket Guide: 'NIOSH has not identified thresholds that will protect 100 percent of the population. NIOSH usually recommends that occupational exposures to carcinogens be limited to the lowest feasible concentration.'*

"From these facts about three known carcinogens, common in paints, one can tell that OSHA cannot prevent occupational cancer. Especially in painters who are exposed to over 150 known and suspected carcinogens and over 3,000 hazardous substances daily. As you can see, people getting cancer are part of the equation; OSHA permissible legal limits are at least ten times higher than NIOSH; therefore, the OSHA 'feasible' risk for cancer is at least ten times higher. (This is the usual difference between NIOSH and OSHA.)

"Cancer is guarranteed by OSHA to be a major risk for painters. Children and spouses of painters also have high rates for cancer. One must also remember that ethylene glycol is the base for most latex paints and radiator fluid. NIOSH recommends when working with ethylene glycol that you should prevent skin and eye contact, wash when contaminated and change clothes daily. OSHA and MSDS sheets cannot protect you from occupational diseases.

"Work safe! Be smart! Wear respirators, gloves, goggles, and long sleeve shirts at all times when painting. Protect yourself and your family from occupational diseases."

* In a video-taped interview, Peter Infante, Director of Standards for OSHA, stated that NIOSH includes one more cancer per 1,000 workers exposed as ‘economically feasible’. The above is true for all safety regulations – workers getting injured or killed on the job is guarranteed by law. To add insult to injury, OSHA gets less and less funding for enforcement of the rules that are already compromised by ‘an act of congress’.