To All Students: We Need to Organize! 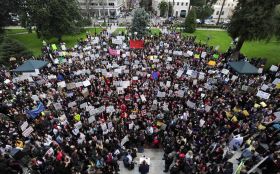 On March 4, 2010, students across California came together to defend public education as part of a nationwide day of action. These mobilizations were in response to drastic reductions in classes, employee layoffs and general lack of resources in the schools due to the state of California’s budget cuts. There was participation from all affected sectors, from kindergarten to twelfth grade, community college and university students, along with parents, teachers, unions and other organizations, who all took to the streets to support the students’ demands, holding signs and banners to draw attention and find a resolution to this issue.

Since it first came together on October 24, 2009 at the State Wide Conference, the movement defending public education has received growing attention from many people who weren’t aware of the impending situation at that time, but who are now faced with the consequences of these cuts. Students from grades K-12 and beyond are experiencing difficult situations as there is not enough space in their classes or not enough teachers in their schools.

By March 4th, actions were coordinated across the state, from pickets to large rallies, at almost every public educational institution. The Los Angeles Times called this mass protest “maybe one of the most widespread ever in California.”  But although in larger cities like San Diego, Los Angeles, and San Francisco, rallies of thousands of people where held by unions and student organizers, most actions consisted of uncoordinated, semi-spontaneous gatherings.

Since the Spring, the plight of public education has received the attention of the media and government.  Students and community activists still have the same goal of educating more people and broadening the movement in order to fight against these attacks. Many schools have held post-March 4 meetings to identify the next steps needed to continue the fight for public education.

The statewide coordinated action that took place on March 4th provided the piston for many to vent their anger, which had been boiling below the surface. The frustration faced by many due to cuts to essential social services, layoffs, furloughs, foreclosures, and a general sense that the rich have been amassing more wealth while literally millions suffer was reflected in the demonstrations that took place that day. Though the match that lit the powder keg was the drastic cuts that affected education in the state’s budget, as we explained in a previous article:

“Education is in dire straits. According to the California Department of Finance, K-12 school district education cuts in the last two fiscal years will amount to more than $9 billion. Cuts in the State Universities and University of California will amount to nearly $2.0 billion, and cuts to the community college system will be at $702 million. The tally of all of the cuts to education statewide will be an incredible $16 billion. These cuts have meant layoffs, overcrowding, furloughs, etc., This is on top of the already declining quality and infrastructure of the California education system that has been going on for years.” 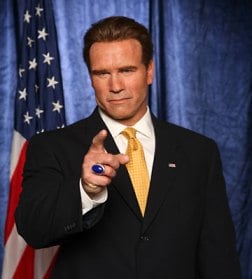 Both Democratic and Republican politicians in Sacramento were quick to show their “sympathy” for this movement — out of concern that it could develop into something beyond their control.  Everyone from Gov. Schwarzenegger to University of California President Mark Yudof gave praise to students, faculty and workers for coming out in this “historic day,” even though they have been among the main protagonists in instituting the cuts and raising tuition fees. As reported in the San Francisco Chronicle, the governor stated, “I think I have enough faith in our students … that they are going to rally and let their voices be heard.”

Unfortunately, words of “support” do not help to alleviate the very real hardships students and workers now face.  According to a Department of Education press release, as many as 300,000 to 400,000 teaching positions could be lost due to budget cuts. Yet, some of the “solutions” proposed by the big business politicians will probably do more harm than good. Secretary of Education, Arne Duncan, has repeatedly stated that the Obama administration’s education relief program, Recovery Act ED, is an “extraordinary response” to the budget crisis around the country. The program will allocate $4.35 billion nationally to schools in need.

Sounds pretty good, doesn’t it? However, this is a mere drop in the bucket compared to the $16 billion cut from education in California alone. Furthermore, funding is tied to competitive performances among schools and educators. With such competitive programs, schools already performing poorly are barred from acquiring much needed funds. So far California has been “disqualified” from receiving $700 million in federal funds. This is then used to demonize the “failures” of the public schools as an excuse to further privatize the system. And of course, the vast majority of these schools are found in poor working class, immigrant, Latino and Black neighborhoods

These kind of attacks will continue unless the movement defending public education is capable of mounting a coordinated response. The student movement has made some important strides toward developing a strategy to organize a powerful response, yet something important is still lacking: a permanent and militant organization that can democratically decide on policy, structure, and methods, and coordinate the response on a state-wide and national scale.

A national day of action has been proposed for October 7th, as well as a state-wide conference in California on October 30th, similar to the one held last year. We must use these opportunities to organize open assemblies in our schools and workplaces and link these to the formation of a permanent, fighting student organization. An organization is not just a body for coordinating our next steps, but rather, it is a vital tool for learning from our mistakes,  and serves the “historical memory” of these experiences for future generations of students.