To Win Justice for Jamar, Labor Must Organize and Fight for Socialism! 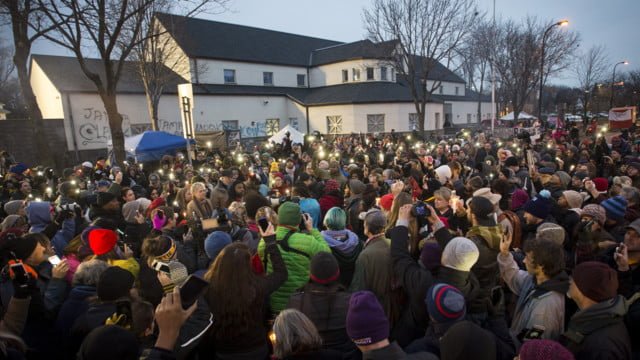 There has been no justice for Trayvon Martin, Eric Garner, Tamir Rice, or Mike Brown. Terrance Franklin didn’t get justice when he was murdered in 2013 in the same neighborhood as Jamar Clark. How can we expect any justice from a system that systematically excludes and terrorizes whole layers of the population?Continuous protests have erupted outside of the 4th Precinct headquarters in North Minneapolis, demanding “Justice for Jamar” and the release of body cam and dashboard footage of the shooting. On Monday, November 23, things escalated when three white supremacists in body armor shot five unarmed protesters who were escorting them away from the protest encampment.

Continuous protests have erupted outside of the 4th Precinct headquarters in North Minneapolis, demanding “Justice for Jamar” and the release of body cam and dashboard footage of the shooting. On Monday, November 23, things escalated when three white supremacists in body armor shot five unarmed protesters who were escorting them away from the protest encampment.

The police arrived at the scene—not to apprehend the assailants—but to mace the protesters who had rushed in to provide aid to the wounded. Protesters reported hearing police say “this is what you wanted!” This entirely exposes the police’s attitude to violence—it is always blamed on people struggling for a better world—not those who are trying to perpetuate the system’s horrors. This blatant act of racist terror has been downgraded in the media as a mere “shooting.” After the recent attacks in Paris, President Obama condemned the terrorists—why are no such condemnations being made now?

In the years since Trayvon Martin’s killing, and especially since the rise of #BlackLivesMatter, the legal system has shown itself for what it is: a system that does not and cannot give justice to the poor and the oppressed. For evidence of this we need look no further than the mass incarceration of blacks and Latinos in for-profit prisons, or how unionizing drives are funneled into a maze of legalese that, more often than not, derails the efforts of workers to improve their lives. This is because the courts and law-making bodies belong to the rich—and the legal system will continue to serve the rich as long as it belongs to them.

Likewise, the police under capitalism exist to “serve and protect” the property of the rich. They are part of the capitalist state apparatus and we can have no illusions that they can protect the majority. This is why billions of dollars are pumped into the police force while our schools, hospitals, and neighborhoods are underfunded and neglected.

The root of the problem is that the entire legal system is intended to defend private property and to facilitate exploitation. We are exploited every day we go to work to make profits for our bosses. Like the slave system that enriched the early American capitalists, modern capitalism is held together by racism and violence. You cannot maintain a system of exploitation without oppression. As Malcolm X explained, you cannot have capitalism without racism. The murder of Jamar Clark is part of a broader strategy of coercion intended to keep the majority in constant fear of the power of the state. But every revolutionary awakening in history shows that when people lose their fear of the state, the ruling class is in serious trouble and must grant concessions or be toppled. After all, we are the majority and they are a tiny minority! We saw this during the Civil Rights movement and more recently, in the Egyptian Revolution. This is why our protests and demands for justice are met with mace, batons, and rubber bullets. No number of body cameras or broader demographic representation in the ranks of the police can change the fact that this system is designed to exploit, bully, and oppress us.

Measures must be taken immediately to defend ourselves through the democratic election of self-defense stewards at all “Justice for Jamar” actions to prevent further violence from being inflicted upon us. The organized labor movement must be at the forefront of this defense. If need be, a city-wide general strike should be organized to force the release of the tapes and shut down racist police and vigilante violence. An injury to one is an injury to all! In unity there is strength!

In all this the Democratic Party has shown its true colors. We need to remember every time we hear an “elected official” speechify, that they almost always say one thing and do another. They say that they are concerned with our struggles and our demands but their actions are almost entirely confined to passing resolutions in the city council and legislature. We are told that the police uphold the laws. Who created these laws? Mostly the Democrats! This is the party that allows the police to attack our peaceful protests. Let us remember that in Minnesota the Democratic Party controls every executive post from Minneapolis Mayor Betsy Hodges, to Governor Mark Dayton, and nationally they control the presidency!

All working people, be they black, white, Latino, students, Arab or from any other background would gain enormously from abandoning the Democratic Party and building a political party of our own: a labor party. The union leadership needs to get its act together, take the lead, and leave the Democrats. Despite the numerical decline of recent decades, the unions remain a potentially powerful force in society and have the numbers, organization, and resources to fundamentally change the political landscape. The electrical workers could cut power to the police precincts. Communications workers could cut off their use of telephones and internet. If gas station workers organized around this issue they could refuse to fill up the police cruisers. At the end of the day, not a wheel turns or a light shines without the permission of the working class. Only the mobilization of the working class as a whole can end police repression. The power is in our hands, we just need to use it!

The state is not a reflection of society as a whole but rather, is imposed on us. How many of us actually had a say in the vast majority of the laws we are forced to live under? One small example of this is the fact that only 6% of Minneapolis Police officers actually live in Minneapolis! Some are demanding community control of the police. While this is a correct instinct, we must be absolutely clear that this is impossible in any meaningful way in a society divided into hostile classes. 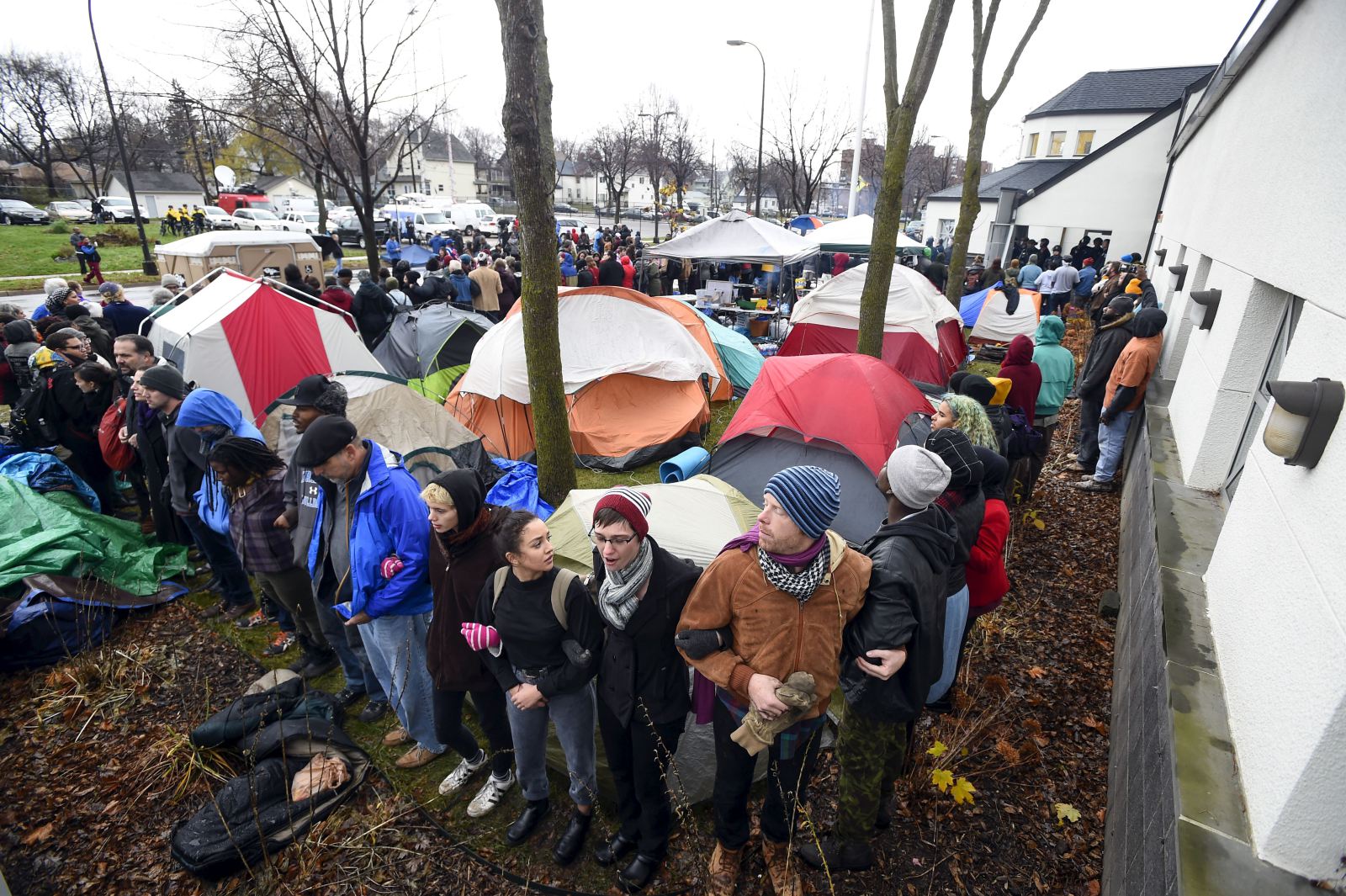 As long as legal, political, and economic control over society remains in the hands of a small minority they will use the police to defend their interests. To struggle simply to take hold of an apparatus which was formed specifically to defend the exploiters is to struggle to get the slave master’s whip—we have no use of such whips! We deserve a system that doesn’t exist solely to continue the exploitation and oppression of one group of humans by another, but rather, a society, economy, and a state that serves the working majority. To achieve this will require nothing short of a revolution.

We are told that after generations of constant improvement, young people today have to accept a lower standard of living than our parents. Why should it be this way when society is wealthier and more economically productive than ever? Why are our schools being closed? Why are we losing our jobs or finding only badly paid ones with bad conditions? Why isn’t the vast wealth sitting in the corporate bank accounts being used to combat climate change? Capitalism is at a dead end and is no longer able to deliver the goods. Poverty, violence, and discrimination terrorize the entire planet. We should not accept the crumbling of society when the means to take humanity in a truly democratic and inclusive direction are already in existence.

It is high time working people take control of this world. This means fighting for socialism—a word that’s becoming more and more popular these days—and for good reason. A system based on the democratic planning of the collective wealth of society would quickly end poverty, homelessness, and unemployment. A rational socialist economy in which the top 500 companies are publicly owned and democratically administered would be able to allocate resources to where they are needed most. Jobs, education, health care, quality housing, and more would be available for everyone. It would mean an end to the funding of war, the police, and prisons. In a society of superabundance organized on the basis of direct democratic election and recallability of all officials there would be no need for special armed bodies and laws standing above the majority.

To end racism and police brutality once and for all we have to end the economic system that gives rise to it and fight for a new society in which the majority have economic and political control over our own destinies: socialism. Get organized and join us in the struggle!

Justice for Jamar! Release the tapes!

Labor must mobilize to shut down police and vigilante violence!