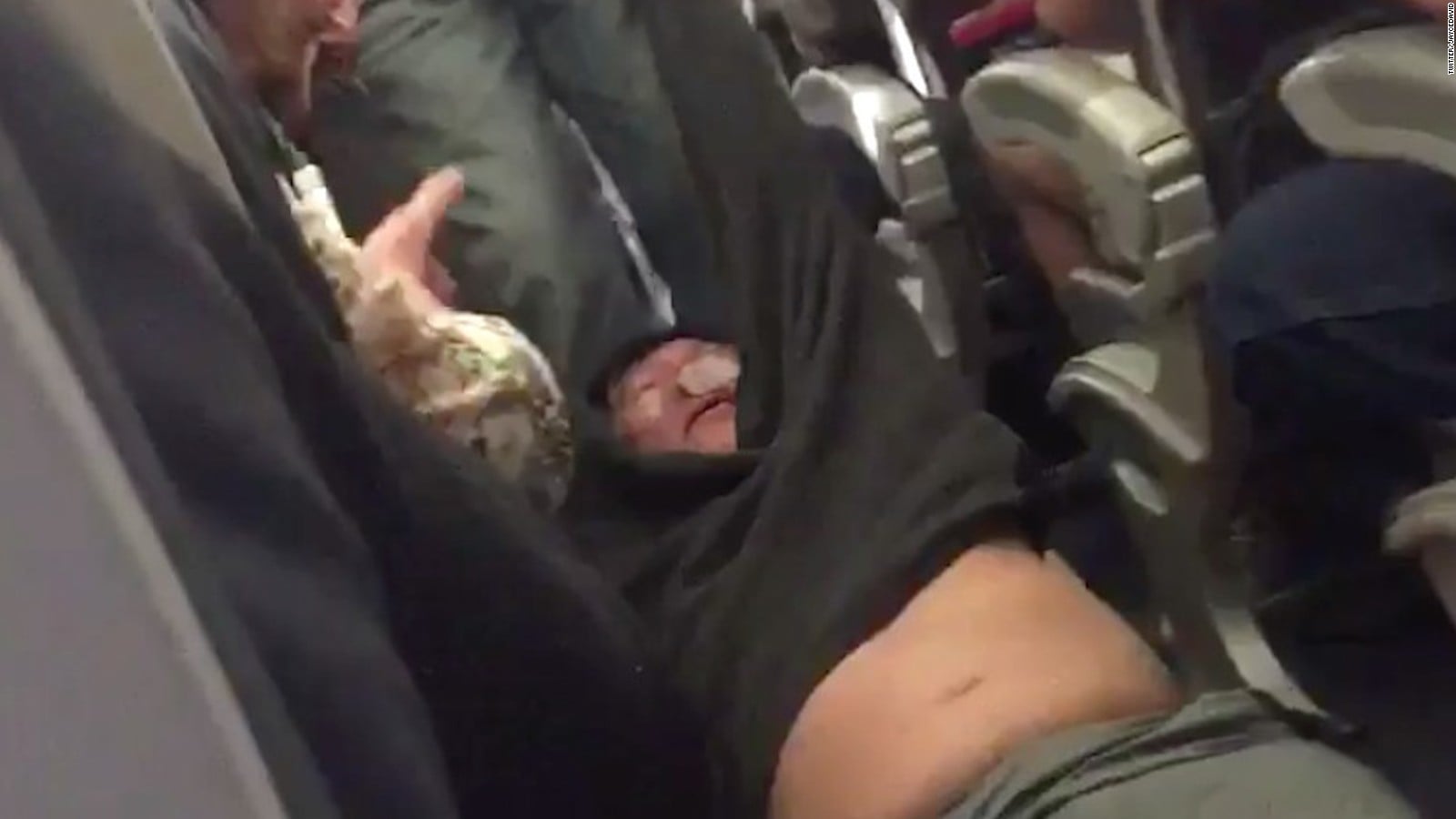 On Sunday, April 9, United Airlines sparked a wave of outrage by forcibly disembarking an elderly Asian-American doctor, literally dragging him out of the plane with his face bloodied, in order to make space for four United employees on a fully booked flight.

Even as the video of the incident went viral and made global headlines, United Airlines CEO Oscar Muñoz initially remained completely unapologetic, insisting that the company was fully within its rights by referring to the fine print listing terms and conditions, which all passengers “agree to” upon purchasing a ticket.

Despite a later setback caused by a threatened consumer boycott, United’s stock actually rose immediately upon the breakout of the story, as speculators considered this incident indicative of the airline’s willingness to be “cost effective.” In a highly monopolized industry like air travel, the market rewards those companies which treat their customers like barely-tolerated inconveniences. The media, meanwhile, always quick to do a hatchet job on those who suffer the viciousness of police brutality, responded by digging up details on the personal life of the victim, David Dao. This hitherto ordinary gentleman, who already suffered more than enough at the hands of United, now has to endure the scrutiny of millions while unable to defend himself.

A few days after the incident incensed the public, it was reported that United incurred a loss of around $255 million in stock from the PR fiasco. It would be incorrect to view this as a victory, however, as this speculated loss in no way damaged United’s position as one of the few choices American people have for air travel.

Nearly 70% of the airline industry is in the hands of four companies: American, Delta, Southwest, and United—the latter alone accounting for a market share of 14.5%. With their enormous capital, these companies are often the only option for passengers traveling to smaller cities via connected flights. Considering United’s plans to aggressively expand, their position is not going to be determined by the opinions of their passengers, who are treated as nothing but a means of obtaining profit, but by the whims of their investors. The drive to guarantee profits by selling in excess of supply is why the practice of overbooking is so prevalent, and why customers are contractually required to accept their forced removal from the plane. It is then perfectly sensible, within the logic of the system, that the initial reaction of the stock market was to reward United, via more stock purchases, for brutalizing one of its passengers.

Behind United is its largest shareholder, Berkshire Hathaway, helmed by the Democrats’ favorite billionaire, Warren Buffett. The “Oracle of Omaha” and the capitalists he represents also hold shares in all of United’s primary competitors—in fact, they made a net profit through this scandal from the rise in stock price of these companies. Outside of the air travel industry, Berkshire Hathaway also holds stakes in construction, insurance, finance, media, food, and more. For Buffet and capitalists like him, it matters little what value, services, or impact on society their holdings generate. Their only role is to ensure that these companies grow and accumulate profit—by any means necessary.

In Imperialism: the Highest Stage of Capitalism, Lenin delineated a key trait of capitalist society that remains true today: the complete domination of monopoly capital over society. Long gone are the days of the meritocratic “free competition” among similarly-sized firms. While this phase of capitalism was no less brutal and exploitative, capitalism was still playing a historically progressive role in developing the productive forces of society. Today, however, we live under a system wherein monopolies concentrate and waste immense productive potential through speculative gambling, exacerbating the recurring crises of overproduction.

Along with the job losses and austerity policies which such economic downturns always entail, even in times of relative stability, monopoly capitalism “inevitably penetrates into every sphere of public life, regardless of the form of government and all other ‘details’.” Every aspect of our lives as workers and consumers is limited to what these monopolies bring to market, and therefore what is available to buy. In turn, these mega-conglomerates obey no one but their shareholders and the laws of the market. United demonstrates the reality of this “chain of command.”

Another aspect of this debacle is the strong implication of racism. Shortly before being brutally wrestled from the seat he had paid for, and dragged senselessly down the aisle by police, David Dao yelled, “I’m being selected because I’m Chinese!” Footage of the incident has rightfully outraged people around the world, especially in China, where it quickly became a trending topic on social media. While the individual prejudice of the airline management and the police probably contributed to the particularly cruel nature of Dao’s treatment, we cannot forget that the greatest fault lies with the capitalists and their system—the interests of profit making are organically linked to the very essence of racism and oppression in general. We must take an active role in combating racism wherever we find it. An injury to one is an injury to all, and this kind of brutality is being carried out with increasing frequency as the social turmoil generated by capitalism in crisis sharpens antagonisms between workers and the state to an untenable degree.

The selection of David Dao to be thrown off the flight was, in fact, not a random decision. The choice was made by a computer algorithm that deemed him to be among the least profitable customers on the plane from the standpoint of the airline. Yet, if Dao had been a frequent first-class flyer with United, or a bourgeois rather than a humble doctor from a small Kentucky town, the company would not have selected him for ejection in the first place, let alone unleash the police upon him when he refused.

While public outrage has put United’s management on a PR defensive, the reality is that consumers in the air travel industry are incredibly limited in their “choice” between just a few gargantuan companies. United may be in the news now for bullying their customers and employing subcontractors on minimum wage, but all of the big airline companies will meanwhile continue to operate this way with little to no consequences. Of course, the government and the two capitalist parties will offer no solution. In fact, the Trump administration has been calling for the privatization of air traffic control, placing passengers’ and workers’ safety at the mercy of private interests to an even deeper degree.

The only rational solution is to take control of this industry away from a small group of profiteering, monopolizing capitalists and hand it to the people who truly understand how to run it: the workers. After all, as the private property of a private company, the capitalists do indeed have the right to dispose of their property as they see fit. This is why Marxists put forward the demand that the airports and the airline industry be nationalized and placed under the democratic management of the airline workers, pilots, cabin crews, hanger engineers, baggage handlers, and the rest of the air transportation workforce, as well as the unions and the broader public. Freed from the need to make a profit, there is more than enough talent and resources to bring air travel to new heights, while significantly lessening the burden on workers according to a democratically devised plan. This step, in turn, would be part of a national-scale transportation plan, combining air travel with modernized high-speed rail, buses, and subway and highway systems to ensure efficient and convenient transport and distribution.

In order for such a change to last, this same process of nationalization and democratization must extend to other key sectors of the economy, such as the Fortune 500 companies that now control two-thirds of America’s GDP, and become integrated into a single economic plan. This cannot be limited to within the US but must spread around the globe. This is the program of the IMT, and that of the future world socialist revolution, in which the US has an essential role to play. Join us!