Should We Fear or Fight the Alt-Right? 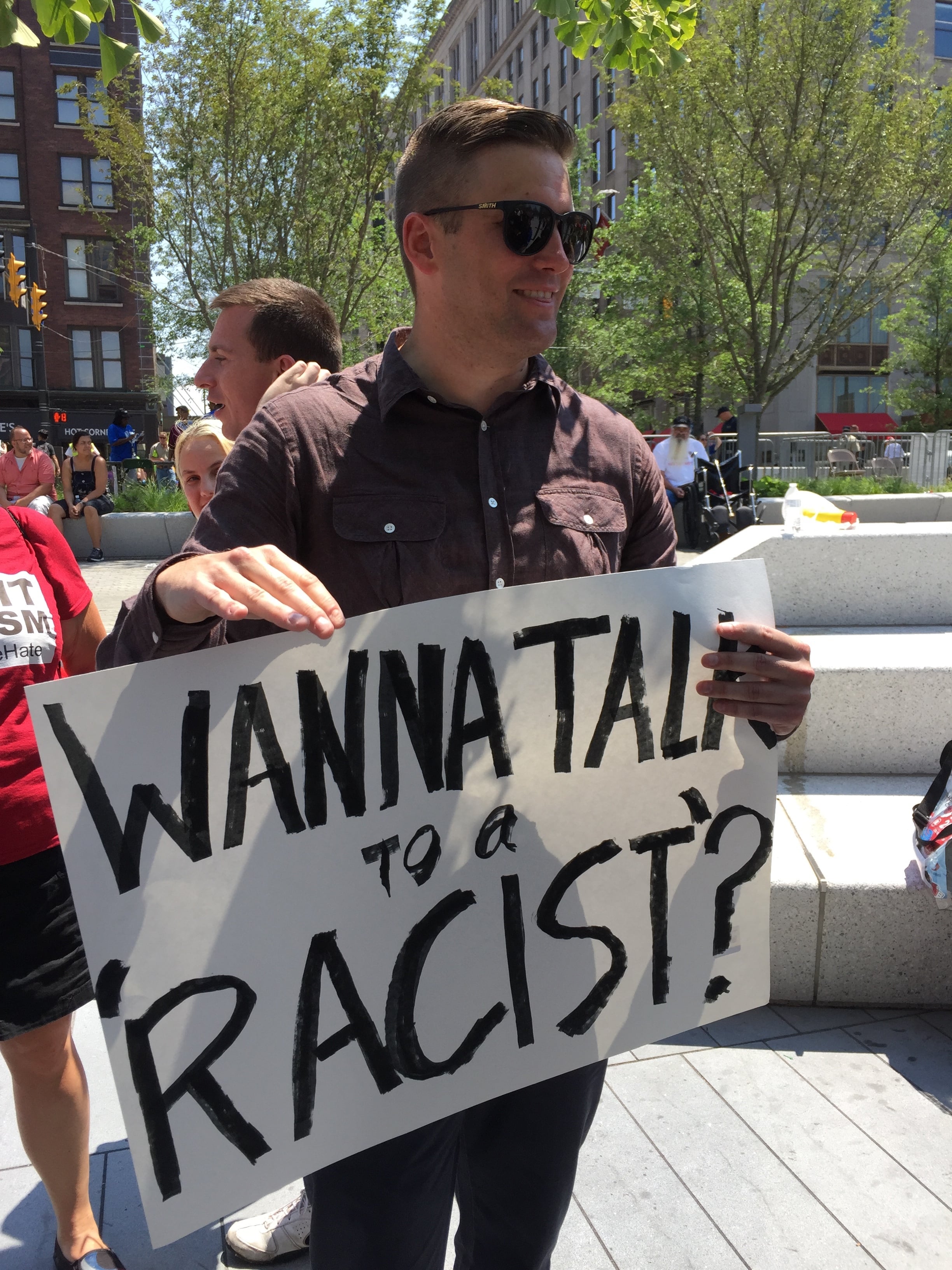 As with many other trends in our crisis-ridden capitalist world, the term “alt-right” meteorically arose from obscure corners of the internet to one of the most discussed political phenomena in the US. Donald Trump’s appointment of former Breitbart media executive, Steve Bannon, first as his campaign manager, then as his White House chief strategist, is interpreted by many as the alt-right’s entrance into the mainstream. Frenzied liberal media point to the alt-right as akin to Donald Trump’s brownshirts or stormtroopers, perpetuating the unscientific conclusion that Trump took power on the basis of a fascist movement.

While Marxists call for an energetic struggle against Trump and all that he represents, we nevertheless insist on an objective analysis of his election. Consider the fact that when Hitler took power, before the “night of the long knives,” there were 3,000,000 members of the SA/Brownshirts. What mass paramilitary forces exist in the US today? We point out that with the current balance of class forces, the working class could easily swat away these reactionary buffoons, but it must be organized into a class-independent political force that fights to overthrow capitalism. The alt-right needs to be analyzed in the same manner.

Superficially, most sources note that the alt-right is a primarily internet-based phenomenon consisting of ideologically diverse right-wing individuals. In fact, the “alt” in the term “alt-right” not only implies that it is an “alternative” to the mainstream conservatives, but also its internal heterogeneity in terms of outlook. In the same way, the music industry used the term “alternative music” to label the extremely diverse non-mainstream music that emerged in the 1990s. People who identify with the alt-right range from “neoreactionary” monarchists, libertarians, misogynistic “men’s right activists,” conservative Christians, anti-Semites, and racists of all kinds who at times deny that they are racists. The lowest common denominator amongst them is the need to “defend Western culture/traditions based on whites” in the US—so-called “white nationalism.” They generally favor an immigration ban, protectionist trade policies, and isolation of the US from world affairs. Many of them are uninterested in economics; their protectionist sentiments stem mostly from an abstract nationalism that equates globalization with manufacturing job losses.

In reality, these political views are nothing new. They are a reiteration of the “paleoconservatism” that emerged in the 1980s around the Pat Buchanan wing of the Republican Party. This petty-bourgeois, mostly Southern-based tendency was largely ignored by the party establishment, who favors the bourgeois outlook of austerity, “trickle-down economics,” and imperialist policies abroad. In fact, the National Policy Institute, headed by Richard Spencer, who is considered a leading figure in the alt-right movement, was originally founded by paleoconservative pundit Samuel T. Francis and William Regnery of the Republican Party’s Regnery Publishing dynasty. One can see how this Cold War-era anti-communist ideology was inherited by the alt-right—many of its adherents claim that they are defending the US from what they call “cultural Marxism.”

For Marxists, the precise ideological forms of expression of this tendency are not as important as understanding the how the crisis of capitalism led to the proliferation of these ideas in the first place. Only on this basis can we arrive at an objective appraisal of the real class balance of forces—in order to better understand and fight our opponents.

Due to its heavy reliance on internet forums such as 4chan and Reddit, the alt-right is often portrayed as a youth-based movement. However, this is impressionistic and lacks the support of real evidence, as a statistical study done by Demographics Pro indicates that the majority of tweets on the #AltRightMeans hashtag came from “married white men between forty and sixty years old.”Another social media study done at Indiana University identified a California attorney, an editor of the conspiracy site InfoWars, and a founder of the anti-Islam website ProjectPurge as the most influential accounts in the alt-right twittersphere.

This is a minor segment of the petty-bourgeois-minded individuals who, despite being a part of the generation that benefited from the postwar boom, were denied their God-given right to the American dream by the current decline of capitalism. Without a scientific understanding of the social processes that led to their own failure to flourish, they have latched onto reactionary ideas that they believe explains their predicament and provides an outlet and scapegoats for their anger and frustration.

While the mainstream media’s frantic coverage of the alt-right might funnel more people towards it in the short term, we must have a sense of proportion as to where the alt-right stands in society at this moment. As much as the Democrats and alt-right leaders like to portray the alt-right as the driving force behind the rise of Trump, it was disaffection with Clinton and the Democratic Party, the undemocratic Electoral College system, and the lack of a lead by the labor leaders in the form of a mass party for the working class that led to Trump’s victory. In terms of popular vote, Trump only gained less than a quarter of votes from all eligible voters, over 2 million fewer than Clinton, and 59% of Americans consider Trump to have no mandate. If this represents the “success” of the alt-right movement, it is anemic at best and will prove to be extremely Pyrrhic.

It would therefore be erroneous to conclude that American society has swung dramatically to the right. Nor can we conclude that the alt-right represents the dominant tendency within the American petty bourgeoisie. It is easy to forget that internet phenomena, if taken at their face value, can create a distorted impression on the real processes in society.

Although there is always a chance for this movement to grow, the alt-right for now remains a minuscule force largely confined to cyberspace. It is not organizing mass demonstrations or pogroms to smash working class organizations, nor has it been unleashed by the bourgeoisie to do so. Trump still relies on bourgeois democracy and the complacency of labor leaders such as AFL-CIO president Richard Trumka to cement his position, not a rabid mass fascist movement in the street. We should also note that the white nationalist’s recent meeting at the Reagan building in Washington DC, had 200 people, not 2,000 or 20,000. As for the vile acts of racist violence and intimidation by Trump supporters, we have outlined elsewhere how workers and youth can nip this poison in the bud through united, concerted action.

How Should Marxists Confront the Alt-Right

The ranting and raving of the bourgeois media over the rise of the alt-right ultimately reflects that the ruling class is no longer able to rule as they have in the past. In the coming days of intensifying capitalist crisis, all sorts of sudden changes are to be expected. As Marxists should not tail the alarmism of the bourgeoisie, but rather, provide the working class with an accurate, scientific analysis. As Lenin explains, “Communists should know that, in any case, the future belongs to them; therefore, we can (and must) combine the most intense passion in the great revolutionary struggle, with the coolest and most sober appraisal of the frenzied ravings of the bourgeoisie.”

The noxious fringes of society that breed the likes of the alt-right only exist in a society divided into classes. The ideas that the alt-right champions are encouraged by the capitalist class to hamper working class solidarity. We cannot rely on the liberal wing of the capitalists to hypocritically defend us from the poison of racism, sexism, xenophobia, and other reactionary sentiments. Only the united working class can cut across the ruling class’s efforts to divide and rule us by offering a revolutionary socialist program that benefits everyone.