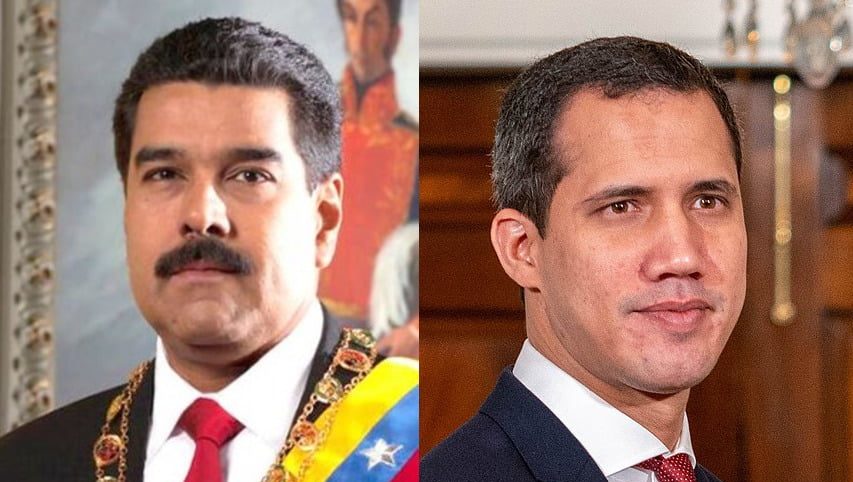 On July 29, attempts made to recover 31 tons of gold worth over $1 billion from a foreign central bank (that is supposed to mind the gold for safekeeping) by a democratically elected leader were repudiated by a foreign court. The sovereignty of a country’s highest judicial institution has been swept to one side by another country’s ruling.

One might wonder at this stage if it is the Kremlin behind such brazen acts of buccaneering and breach of national sovereignty. It would certainly fit the West’s depiction of Russia as vindictive and petty, in contrast with its own spotless, humanitarian record.

But, lo and behold, this daylight robbery is being carried out by “democratic” Britain, under the diktats of London’s High Court. They have ruled against the appeal made by the Venezuelan government. This is the latest round in the legal battle beginning in May 2020, when Venezuela’s president Maduro sued the Bank of England for withholding this gold.

At that time, the Venezuelan government argued that it wanted the money in order to finance its response to the pandemic and help ameliorate the worsening economic situation. It even offered to use the proceeds from the sale of the gold under the scrutiny of UNICEF.

The British court’s “logic” is as follows. Given that the British government does not recognize Maduro as the President of Venezuela “for any purpose,” the Bank of England is not bound to hand over this bullion. However, since 2018, before the coup d’etat was even launched and at a time when Britain still recognized the elected government of Venezuela, the Bank of England was belligerently preventing requests made by Maduro to repatriate the gold reserves. These reserves had been deposited by the Venezuelan Central Bank decades ago, for safekeeping.

The British court is unsurprisingly presenting itself as caught in the crossfires between the Nicolás Maduro and Juan Guaidó camps. The false equivalence is truly remarkable. Both Maduro and Guaidó have appointed different boards to the Central Bank of Venezuela (BCV), they tell us, issuing contrasting instructions as to what is to be done with the gold.

British judges therefore use the excuse of the “one voice” doctrine as the “backdrop to this issue” to try to dress up this act of piracy. As the actual BCV board explained, Britain remains tied to the “recognition as a head of state of a person with no effective control or power over any part of that state.” This is a barely-veiled attempt for a foreign court to decide the President of another country.

If there is any confusion, the following questions might clarify the political situation on the ground. Does Juan Guaidó have any democratic mandate to rule Venezuela? Does he reside in the Miraflores palace? Does he issue laws or decrees to the people of Venezuela?

The answer is no in all cases. He proclaimed himself “president” at a rally in a public square, without any legal basis to do so and now he can not even claim to be the president of a rogue National Assembly.

Or is it the case that the British establishment have decided to double down on their support for Guaidó (a political nobody and a self-proclaimed fantasist) in rebuffing the requests of a government they want rid of?

Guaidó failed to oust Maduro three years ago—albeit not for a lack of trying, through a failed coup, US sanctions and a foiled mercenary invasion—proving himself to be fool’s gold for the western imperialists. He has since been unceremoniously thrown to the scrapheap by even his closest coup-plotting associates. For instance, the US has begun pursuing talks with the Maduro government vis-a-vis the energy crisis caused by the Russia-Ukraine war and Western sanctions on Russia.

And so what is doubly remarkable is that Little Britain still does not want to climb down from the lofty height of imperial arrogance. We must be clear that the court ruling was no technical or legalistic matter, but a provocation and an attempt to grandstand on the world stage. It is a continuation of the British establishment’s imperialist meddling abroad, operating under the guise of legality.

In fact, it is not even Britain which took the decision in the first place. It was merely acting as the loyal lapdog of US imperialism. This was confirmed by former US Secretary of State John Bolton in his memoirs, where he explained how the US requested that Britain block access to the Venezuelan gold. Bolton’s book The Room Where It Happened lifts the lid on how the US orchestrated Guaidó’s coup d’etat, with him even admitting in an interview recently that it was “necessary to protect [US] interests.”

There you have it, straight from the horse’s mouth. So much for the defense of democracy and freedom!

While this court hearing was being brushed to one side, there was another story that took precedence in the British press: the food crisis caused by Russia. British politicians have waxed lyrical about how bullish Putin has blocked food exports to purposefully hurt poorer nations and punish the Ukrainian economy.

The budding hopeful for Prime Minister, Liz Truss, accused Putin of “weaponizing hunger.” A little rich, we think, for someone who has weaponized the war (doing all in her power to ensure its continuation) to further her own career aspirations. In fact, “weaponizing hunger” is typically part of the West’s playbook in installing regime change, and has relentlessly been used to undermine president Maduro and provoke protests in Venezuela.

For all the hue and cry in the media about suffering and starvation, little mention is made of how western sanctions are used as a means to besiege whole nations at once. Venezuela is a case in point. Since Guaidó declared himself interim president, the economic warfare unleashed on the people of Venezuela has seen deaths as a result of poverty, as well as the dilapidation of basic infrastructure which the repatriation of the gold could have helped mitigate.

It is rather telling that the problems of world hunger were a tertiary issue (if discussed at all) to the western imperialists and their political lackeys… until their enemy can be scapegoated! But while there is now an agreement that has been reached that has seen the safe transit of grain vessels, there is very little in terms of economic respite that has been offered to the Venezuelan people, or the Cuban people for that matter, who have been subjected to a cruel sixty year blockade.

The court’s recent ruling continues to contribute to the measures wielded to undermine the basis for civilized life in Venezuela. The hope being that the people will turn against their government, and be softened to western intervention. As we have said many times, there is no limit to both the hypocrisy and cynicism of these gangsters.

Indeed, what concerns the “civilized” ladies and gentlemen is not so much the starvation of the oppressed and poor, but the possibility of food riots in their own countries. Read between the lines and you will find a profound anxiety as to whether a Sri Lanka-styled situation is maturing across the globe.

There has been no shortage of scolding Russia for breaching Ukrainian “sovereignty,” with appeals to “international law” and the “rules-based order.” But in reality this is a lot of hot air. International law is not worth the paper that it is written on when it comes to imperialist nations pursuing their interests.

International law did not prevent Britain (and the US) from thinking it had the right to decide who is the president of Venezuela. Nor did the UN Charter prevent them supporting a mercenary plot to kidnap said president. And still today, the sovereign institutions of Venezuela are treated as merely one of two voices on the matter of gold repatriation.

Venezuela’s economy remains under the crushing heel of economic warfare. Their flagrant actions are an attempt by British imperialism to flex its ailing muscles, and to project an image of itself holding the line on the world stage. But such stunts cannot undo or distract from the problems brewing at home.

The media is largely silent in the face of this act of imperialist robbery. It is all the greater duty therefore of socialists to amplify these crimes; and ruthlessly expose the scandalous role our enemy at home is carrying out.

The matter at hand here is a simple one: it is not for a UK Court nor the government to decide who is the president of Venezuela. And it is certainly not for the Bank of England to decide whether it wants to release tons of gold which it is supposed to merely hold for safekeeping. Any socialist, and even any consistent democrat, ought to be able to see this. This is a plain and simple act of piracy.