We Are Not “All In This Together” 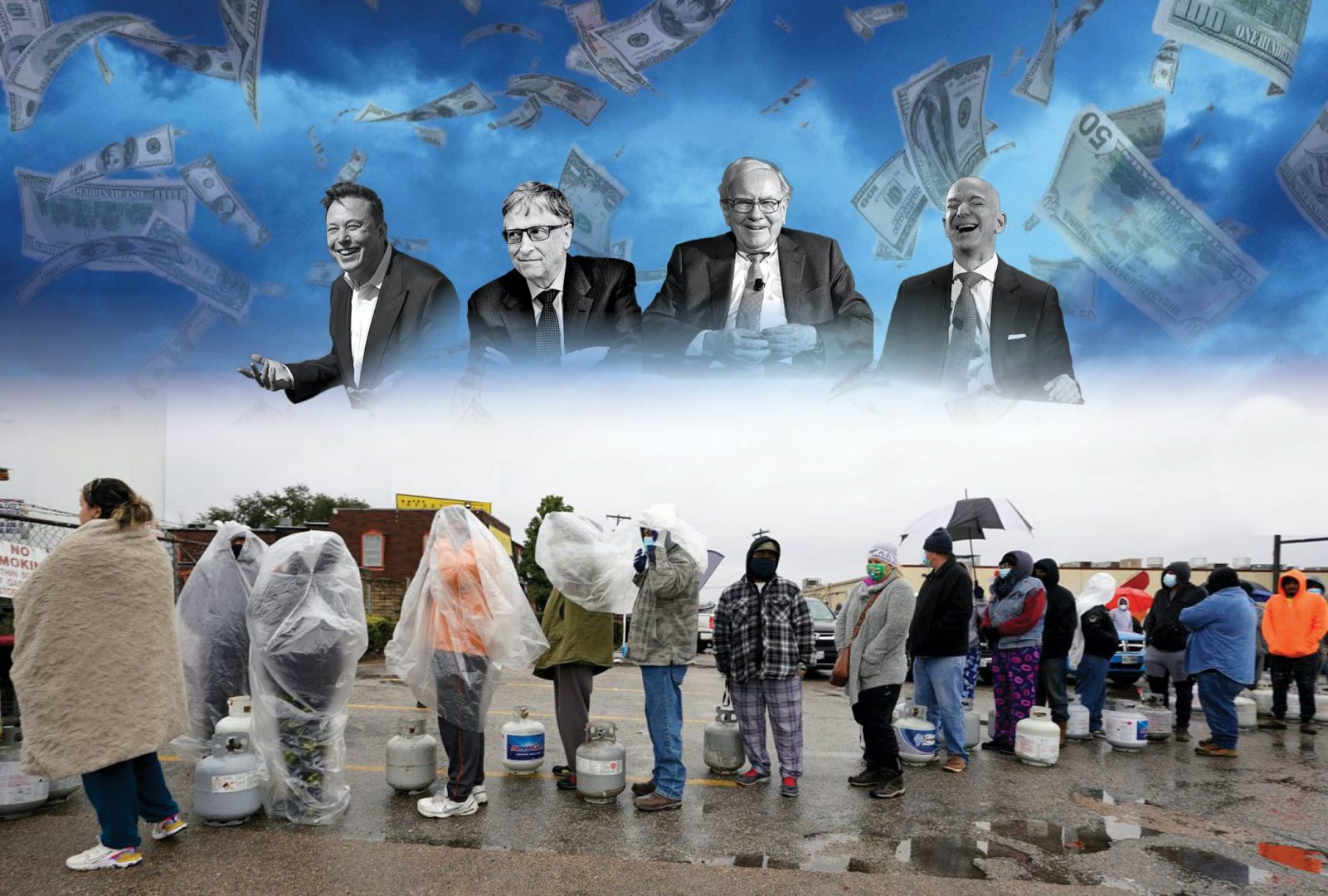 Editorial for issue 25 of Socialist Revolution magazine. Subscribe now to get your copy!

As the world economy imploded and coronavirus raged, rulers from China to Italy played the “national unity” card to divert attention from capitalism’s failure to contain the pandemic. Things were very different in the US. Far from calling on everyone to come together for the common good, Donald Trump and his cronies did their best to deflect blame, sow chaos, and foment racist poison and distrust. Pursuing narrow self-interest, Trump preyed on mass fear and frustration to deepen the convoluted divisions tearing apart American society—divisions that at root express a growing class polarization.

As just one example of the deep hole the systemic crisis has dug for so many, an estimated 17 million US children now regularly go hungry—six million more than before the pandemic. Slowly but surely, the bitter reality is sinking in: the American Dream is dead and buried. After decades of falling living standards, millions of formerly “apathetic” Americans on both sides of the political spectrum are not only noticing the glaring inequality and asking questions—some are getting organized and even taking up arms.

No wonder 73% of voters polled after the election said they think the country is headed in the “wrong direction.” Some of their direct responses included: “downhill,” “frightened,” “extremely sickened,” and “civil war.” Such is the volcanic mindset of millions as Biden takes the reins with no real mandate and a razor-thin congressional majority.

In the long run, the only way the capitalists can keep the workers from turning against them is to keep us turned against each other. Trump is a graduate-level master of the “divide and rule” tactic. But make no mistake: Biden and Co.’s approach is fundamentally the same, though they do so in a more measured way, while taking ideas from what passes for “the left” in this country.

Along with a tokenized, “diverse” cabinet and abstract calls for national unity, they pay lip service to “woke” ideas such as critical race theory. He can do this in good conscience since these ideas pose no menace to the system he is sworn to defend and amount to merely rearranging the deck chairs of capitalism. But just as Trump alienated millions of workers with his openly racist and reactionary rhetoric, Biden will alienate millions of others with his mealy-mouthed “progressive” liberalism.

The only thing that can cut across the confusion and divisions and unite the majority around our common class interests is a political and trade union leadership committed to class independence and struggle. As of now, no such leadership exists. So for lack of an alternative—especially after a presidency culminating in a year of death, dislocation, and a far-right assault on the US Capitol—millions of left-leaning Americans are open to Biden’s message of national unity. They desperately want to believe that everything has now changed. But has it?

In his celebrated novel, The Leopard, Giuseppe Tomasi di Lampedusa portrays Sicilian life in the tumultuous period of the Risorgimento. In it, the scion of a prominent landowning family, whose wealth and power are threatened by the political and economic changes sweeping Italy, neatly sums up the wisdom of the most clever representatives of the ruling class in all epochs: “For everything to stay the same, everything must change.”

This is Biden’s task: to give the impression of change while leaving capitalism’s fundamental social and property relations intact. Far better to open the relief valve before the boiler blows up altogether! Time is of the essence if he is to succeed in cutting across the existential threat posed by unchained mass action on the scale of the George Floyd protests.

During the election campaign, “Scranton Joe” promised to be “the strongest labor president you have ever had.” He has pushed for economic relief that would send millions of workers another round of direct payments and extend and enhance unemployment benefits. He has voiced his support for the Amazon workers trying to unionize in Alabama and come out in favor of the PRO Act, which would make it easier for workers to unionize.

To be clear: Marxists support any measure, however small, if it improves workers’ lives and makes it easier for them to organize and fight against the bosses. We are 100% in favor of unions as the first line of defense against the exploiters. We also know that sometimes, even small reforms can unleash broader struggles. But Biden’s backing begs the question: who exactly do we need to be protected from if we’re “all in this together”?

Marxists always emphasize that: 1) serious reforms can only ever result from mass struggle; and 2) even the most advanced concessions will always be in danger of being clawed back by the bosses in the future, unless and until capitalism is overthrown once and for all. The change we fight for must be permanent, fundamental, and systemic—not merely superficial.

The PRO Act proposes some positive reforms—but it doesn’t go far enough, and there is no guarantee it will even pass. Biden and Co. aim to get ahead of the class struggle before it gets out of hand. They seek to keep the rising tide of worker militancy within the safe channels of the courts, lawyers, National Labor Relations Board, and the current labor leadership—which is committed to keeping the workers in line on behalf of the bosses.

Far more than just the PRO Act, workers need a class-struggle union leadership that flexes labor’s muscle to shut down production and wrench serious concessions from the bosses. We need the repeal of Taft-Hartley and all other anti-union legislation already on the books. We need a mass political party of our own to fight for the workers at every level of government.

Many workers are conditioned to believe that “something is better than nothing.” But why should the majority of society—those who actually create all the wealth—have to settle for anything less than our full collective potential? Why should the majority have to submit to the rule of the minority?

Given the obstacles in the workers’ path, the energy required to bring about even the most modest reforms will be tremendous. Once we have built up that momentum, why should we settle for a few scraps? Why should we move might and main only to leave the institution of wage slavery in place? Why not set ourselves the objective of toppling the entire rotten edifice of capitalism altogether?

Unlike most of the left, the most farsighted strategists of capitalism are keenly aware of the rising danger and potential for mass working-class action. As Robert Reich recently Tweeted: “The $1.3 trillion wealth gain[ed] by America’s 660 billionaires since the pandemic began could pay for a stimulus check of $3,900 for every one of the 331 million people in the US. And the billionaires would be as rich as they were before the pandemic.” His conclusion: “tax the billionaires.” Far better to save the system from itself by raising taxes on the wealthy than to have it overthrown altogether!

The Financial Times is likewise concerned about the rising class anger:

Rightwing populism may thrive on this backlash while leaving capitalist markets in place. But as it cannot deliver on its promises to the economically frustrated, it is just a matter of time before the pitchforks come out for capitalism itself and for the wealth of those who benefit from it.

So, no, we are not “all in this together.” Although the components for a qualitative reordering of society exist today—the material wealth, science, technology, and productive potential—only the conscious action of the working class can make this a reality. Only the revolutionary overthrow of class society and the elimination of all vestiges of bondage and dependence can open a truly new vista for humanity. Only then will we be able to harness the world’s resources and raise every individual to their full potential in a future free from scarcity, compulsion, and oppression.