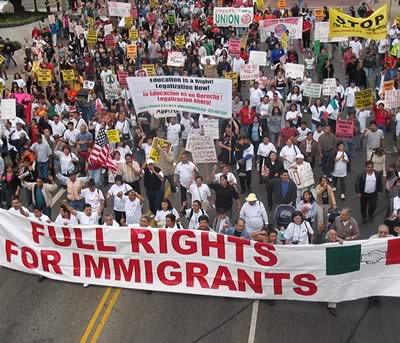 Many traditional immigrant rights organizations are putting enormous pressure on grass roots groups to support the “Security Through Regularized Immigration and a Vibrant Economy Act” (STRIVE).  This proposal, put forward by Republican Jeff Flake (AZ) and Democrat Luis Gutierrez (IL), is being presented as a “lesser evil” and “the best we can get”.  While on the surface it isn’t as overtly aggressive as Sensenbrenner’s HR4437, this remains an enforcement-first bill and offers little or nothing to immigrant workers and their families. 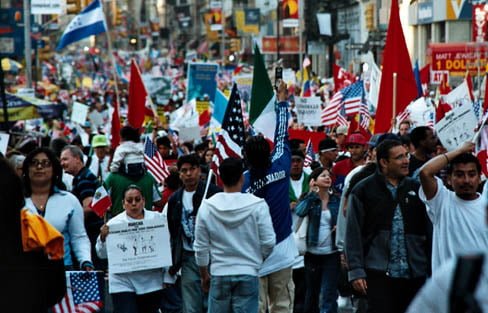 This is not what millions of immigrant workers marched for last spring. This is not why hundreds of grass roots organizations were formed across the country in order to fight for unconditional legalization for all.

Far from unconditional legalization for all, the STRIVE Act imposes many conditions, restrictions, and fines in order for immigrant workers to achieve even partial legal status, let alone full rights for all, and excludes millions.

It indefinitely delays any legalization program until the Secretary of the Department of Homeland Security (DHS) certifies to Congress that new systems to make immigration document verification  more secure are ready to use; that a new Electronic Employment Verification System has been implemented; and that new border surveillance technology has been adopted and implemented.

It is unclear how many months or years it will take to achieve these “trigger” milestones before a partial legalization program would be  implemented.

In the meantime, the act criminalizes all those who entered the country without documents and expands the list of crimes for which immigrants can be denied legal status. It accelerates technology and border  infrastructure, including  unmanned aerial vehicles, cameras, sensors,  etc. It increases number of border patrol agents and extends deployment of National Guard troops. It requires the DHS to build at least  20 additional detention  facilities with the capacity  to detain 20,000  people.

The proposal also includes a “New Worker” temporary Visa Program, which is just another name for a “Guest Worker” Program. According to the Southern Poverty Law Center, these programs leave workers in slave-like conditions despite legal protections on paper.

STRIVE creates significant civil  penalties for employers  who do not comply with requirements under  the new system and  establishes  serious criminal  penalties  for  knowingly  hiring  undocumented workers. It also creates a system to electronically verify employment authorization which will apply to all workers in the U.S. This can only lead to increased racial profiling.

In recent weeks, Immigration and Customs Enforcement (ICE) has stepped up its raids across the country, tearing families apart and terrorizing entire communities. The STRIVE Act offers no moratorium on raids or deportations.   In fact, it expands the ability of the DHS to subject immigrants to “expedited removal” (deportation without a hearing). This will result in far more erroneous deportations, separation of families, etc. The Act also grants immigration enforcement authority to state and local police.

And we are supposed to believe that this is a “pro-immigrant” law? Even if passed, the STRIVE Act would have to be reconciled with the even more anti-immigrant Senate Bill.  The result would be entirely anti-immigrant 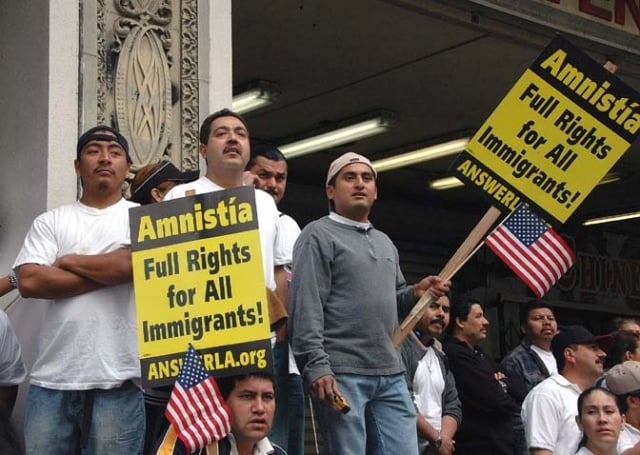 HR4437 was defeated by our mass mobilizations on the streets.  We proved that politics is not only made in Congress. The only way we will win our rights and dignity is through organization in our workplaces, schools, and communities, and through mass mobilization. We can rely only on ourselves.  We cannot rely on the politicians of big business to help us.  Their interests are totally opposed to ours. All workers in the U.S. must unite to defend the rights of all working people, no matter where they were born.