Why I Joined the IMT: My Journey from Bernie to Marxism 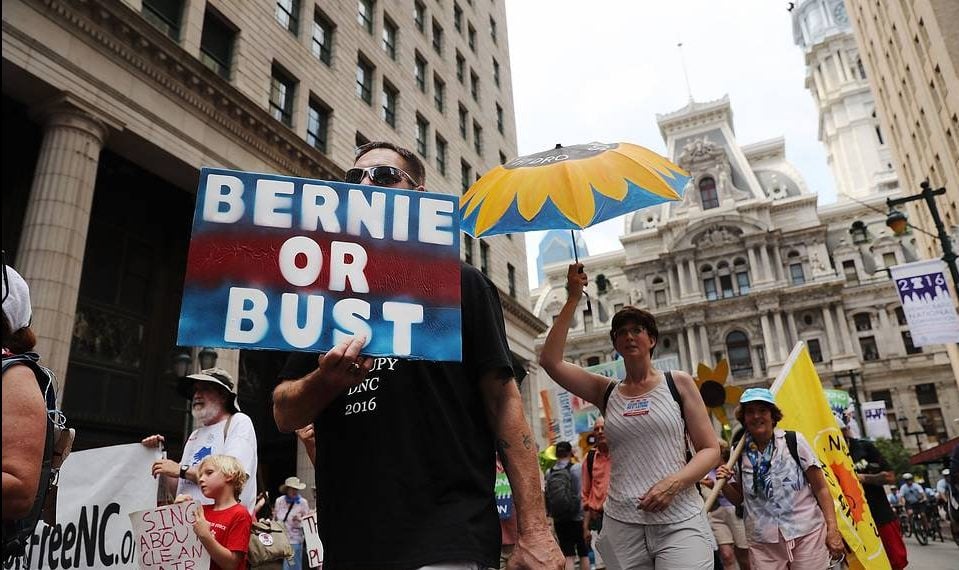 My political story starts a bit before politics, as does any story of political development. In 2011 my mother passed away suddenly from a massive heart attack. It shook me to my very core, and I sought out some institution that I might drown my sorrows in. Since I did not believe in god(s), that institution became the New Atheist movement.

For all its shortcomings, the New Atheist movement helped me develop a love for science and skepticism, and a general mistrust of religion, especially of the right wing. I adored the supposed heroes of the movement, Christopher Hitchens, Richard Dawkins, Daniel Dennett, and Sam Harris (referred to as the four horsemen of the atheist movement).

Following these figures brought me to a dead end, however, leading to fruitless arguments with family members and friends over the validity of religion, with no real purpose for these confrontations other than to prove that I was correct about causality. As I became disillusioned with this path, I started to gain a greater appreciation for my father’s life views, particularly his love for left politics and the news in general. Thus began my metamorphosis into a committed liberal.

In 2008, I voted for the independent candidate Ralph Nader, not because I had high-level left-wing goals, but because my father had urged me to vote and I decided to pick someone out of the ordinary. This, of course, had no effect on the election in any substantive way, but when 2012 rolled around, after my political awakening, I decided I must vote for a Democrat and be a “good progressive.”

Obama won that election of course, and like so many others I was filled with pleasure and excitement, though much of that was due to my ignorance of the events that had occurred during the first term of his presidency and the aftermath of the economic conditions of the 2008 crash. After Obama’s reelection, I sat blindly on the sidelines, approving of anything that Democrats did in Congress and the White House while subsequently disdaining the Republicans. This would all change when an old Jewish man hit the scene in 2015.

When I first started hearing about progressives like Elizabeth Warren and Bernie Sanders, I got excited about the possibility of something more to the left. The years 2012 to 2015 brought me into the realm of political dead ends, and when Bernie started talking about change, I started parroting him. It was not long before I had converted many of my friends and family to the “political revolution against the billionaire class” and was ready for sweeping changes.

The prospect of having free healthcare and higher education were incredibly tantalizing, enough so that I phone-banked for Bernie and bought some of his sweet merchandise as well. As everyone knows, the DNC cheated him during the primaries, a fact that they admitted to after the election, but it was too little too late. Last November, arguably the most dysfunctional president in history was elected, a mirror image of capitalism in its decaying epoch. I had to find another way out of this system, and Bernie had given me and many others an idea of the way forward: socialism.

A quick Google search led me to Marxists like David Harvey and Richard Wolff, and I began to study their interpretations of Marx and his confidant buddy Engels. This led me to Richard Wolff’s “Democracy at Work” organization, which promotes worker ownership, something he proclaimed to be “21st Century Marxism” and entirely different from what the radicals of yesteryear had attempted.

I joined a local chapter that was destined for demise, and within a year had effectively made no progress towards even fully understanding what a cooperative movement would entail. Disillusioned but still hungry for change, I joined DSA.

Though I considered myself a “hardened Marxist,” at my first DSA meeting, I met someone who actually knew a lot about Marxism. He also happened to be involved with Socialist Revolution and invited me to a Marxist reading group. I wanted to learn more about Marxism, and this opportunity excited me greatly. After the first reading group, I was so thoroughly impressed that I had to know more.

My understanding of Marxism prior to this was based on YouTube videos and my random dives into texts on marxists.org, not fully formulated by any means and lacking any general direction. Having a clear path to learning Marxist theory in a concise manner got me hooked, and the attitude and professional nature towards theory and practice astounded me!

While I was hesitant to join the IMT at first due to the nature of my previous political experiences, I was compelled to do so through my own political enthusiasm and conviction. As a member of a tendency fighting for socialist revolution, I am excited to continue building and strengthening DSA. I still hold that old skepticism from my New Atheist days, but now I have confidence—the confidence that with these ideas and methods we just may see socialism in our lifetime.