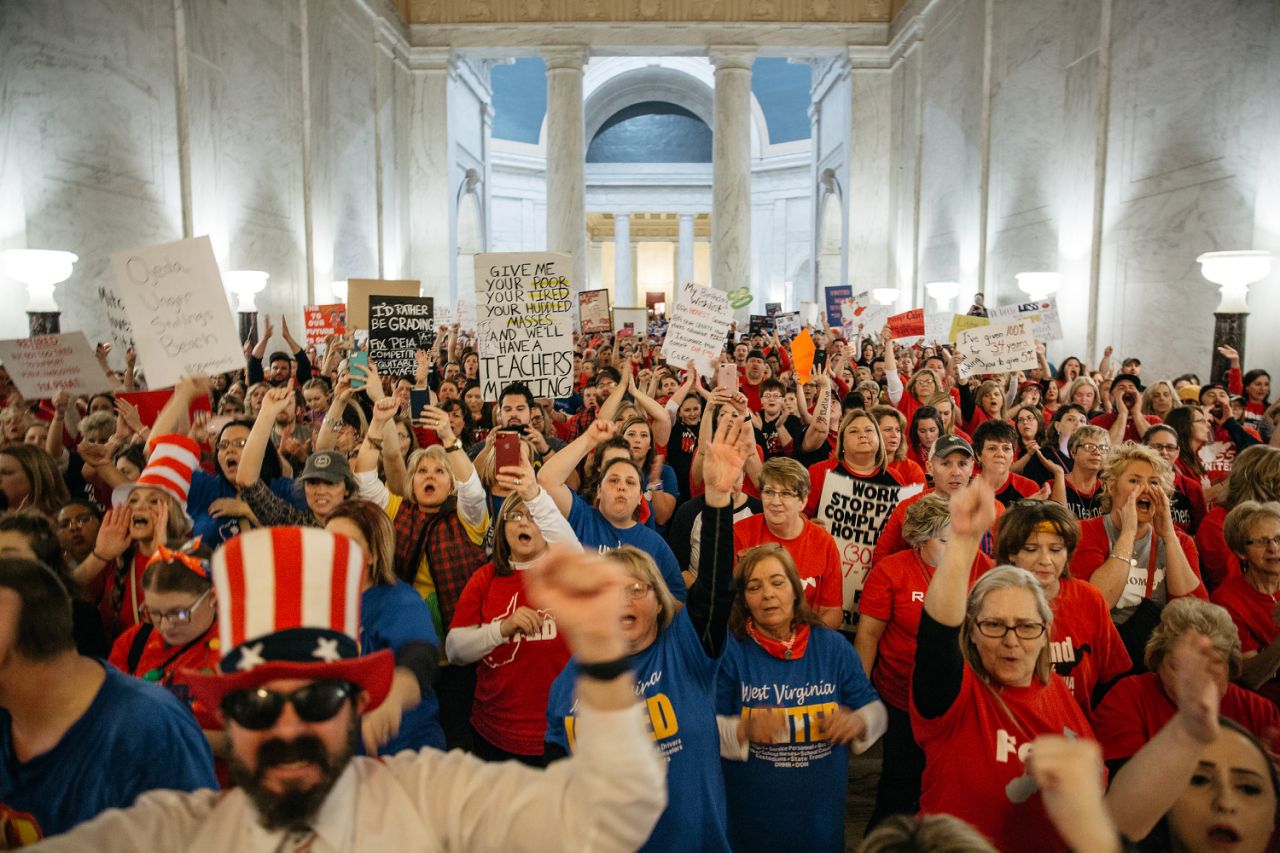 Teachers in West Virginia have successfully shut down every school in the state with a rolling wave of strikes, and have won a 5% increase in wages. West Virginia Teachers are among the lowest paid in the nation. According to the Bureau of Labor Statistics, however, teachers in Oklahoma receive the lowest average salary for this profession in the whole country. Inspired by events in West Virginia, Oklahoma teachers are now taking to the same road of class struggle in a process that has the potential to spread like a wildfire.

Arizona is another state vying for the rank of lowest average teacher pay in the country, at just $30 above the average Oklahoma wage, and coming in last place when factoring in cost of living. Here too, rumors of a fightback are beginning to get a powerful echo, and teachers throughout the state will be wearing red today in solidarity with West Virginia teachers. In Pittsburgh, Pennsylvania teachers also voted to authorize a strike, although their leaders pulled back at the last moment.

In addition, there were rallies across the country to protest the likely Supreme Court ruling on the Janus case. This would extend the open shop for public sector workplaces in state, county, and municipal government around the entire country. In other words—union busting.

It is always inspiring to see the working class mobilize itself and fight back against the bosses and their government. However, in order to win, workers need the right program and perspective. We cannot accept the rules of the capitalist system. Just as the rules of Monopoly lead to one player accumulating all the money in their hands, the rules of this system are written so only big business can win.

The 5% raise won by the West Virginia teachers comes after a four-year freeze on salaries, and the politicians of Big Business are already looking for a way to reverse the victory. Governor Jim Justice is assigning a “state task force” to review the teachers’ health benefits, and state legislators are planning to cut Medicaid and other public services in order to divide the population against the teachers. 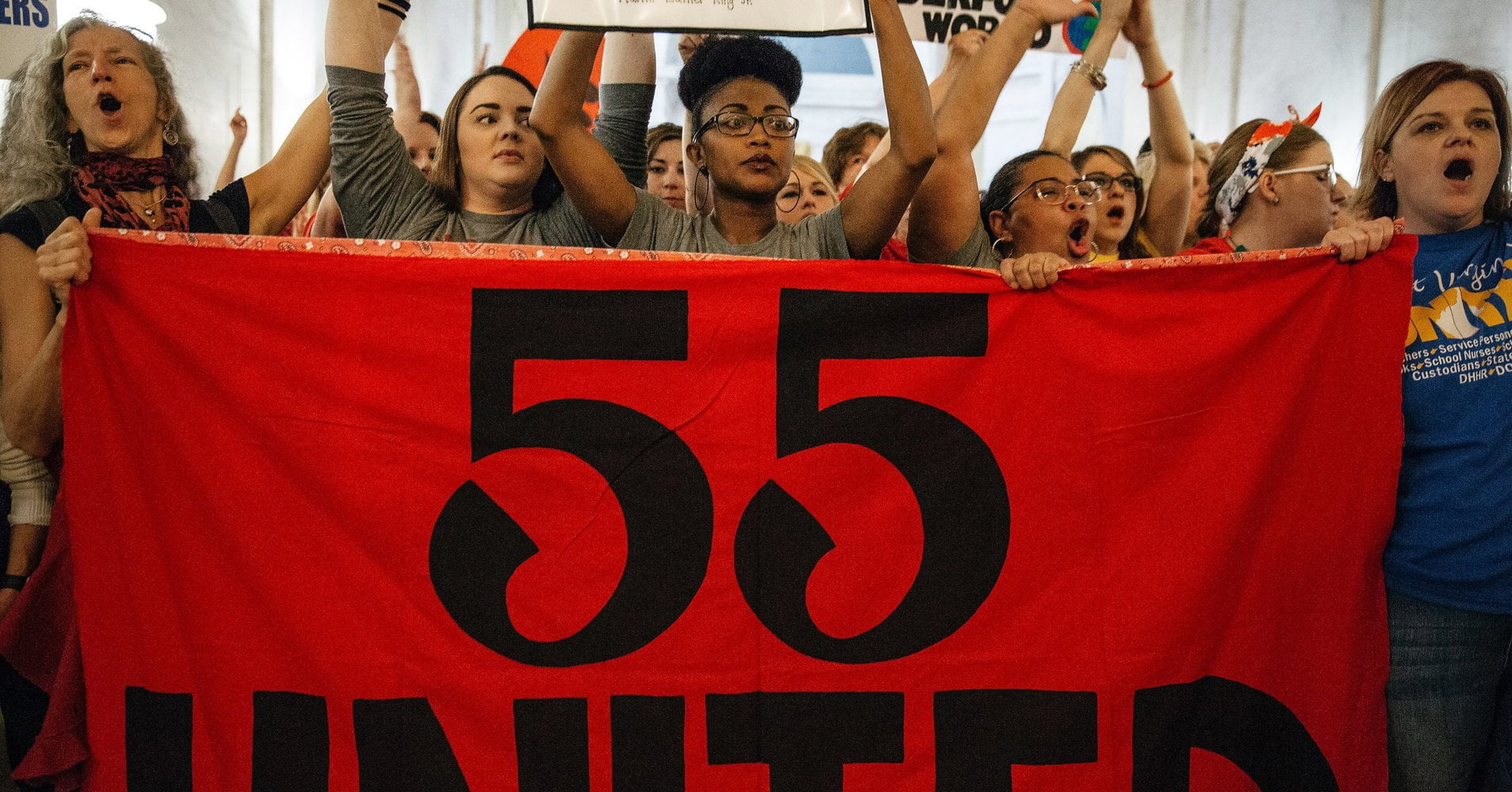 The victory in West Virginia can only be safeguarded by elevating the struggle to the political arena. As we’ve often explained in Socialist Revolution, the Democrats and Republicans are united on making the workers pay for the crisis of capitalism.

The next step is for the teachers and other public and private sector workers to run their own candidates in the coming election. Millions of workers have been inspired by the example of the West Virginia teachers. By standing against austerity and demanding that the rich pay for the crisis, such a campaign would receive enthusiastic support across the country.

The workers have to rely on their own power—which can shut down production, construction, distribution, and transportation. This power, multiplied by class solidarity—can beat the bosses. These are the ideas of Marxism, the ideas that can lead to working class victory.

The US section of the International Marxist Tendency aims to raise $50,000 for our annual Fighting Fund appeal. This will help us to spread our ideas throughout the labor movement, the working class, and the youth. Socialist Revolution now comes out eight times a year, but with your help we can increase our frequency of publication even further!

We thank those who have already contributed or subscribed! Raymond, an SEIU member in NYC, renewed his subscription for the $30 solidarity rate. At the NYC rally of public sector workers against Janus, more than $100 in copies of Socialist Revolution were sold. In addition, one worker also donated $100 to the Fighting Fund. These $30 subscriptions and contributions of $20, $50, $100 and more help build a stronger Marxist Tendency and will help bring the working class to victory in the next period.