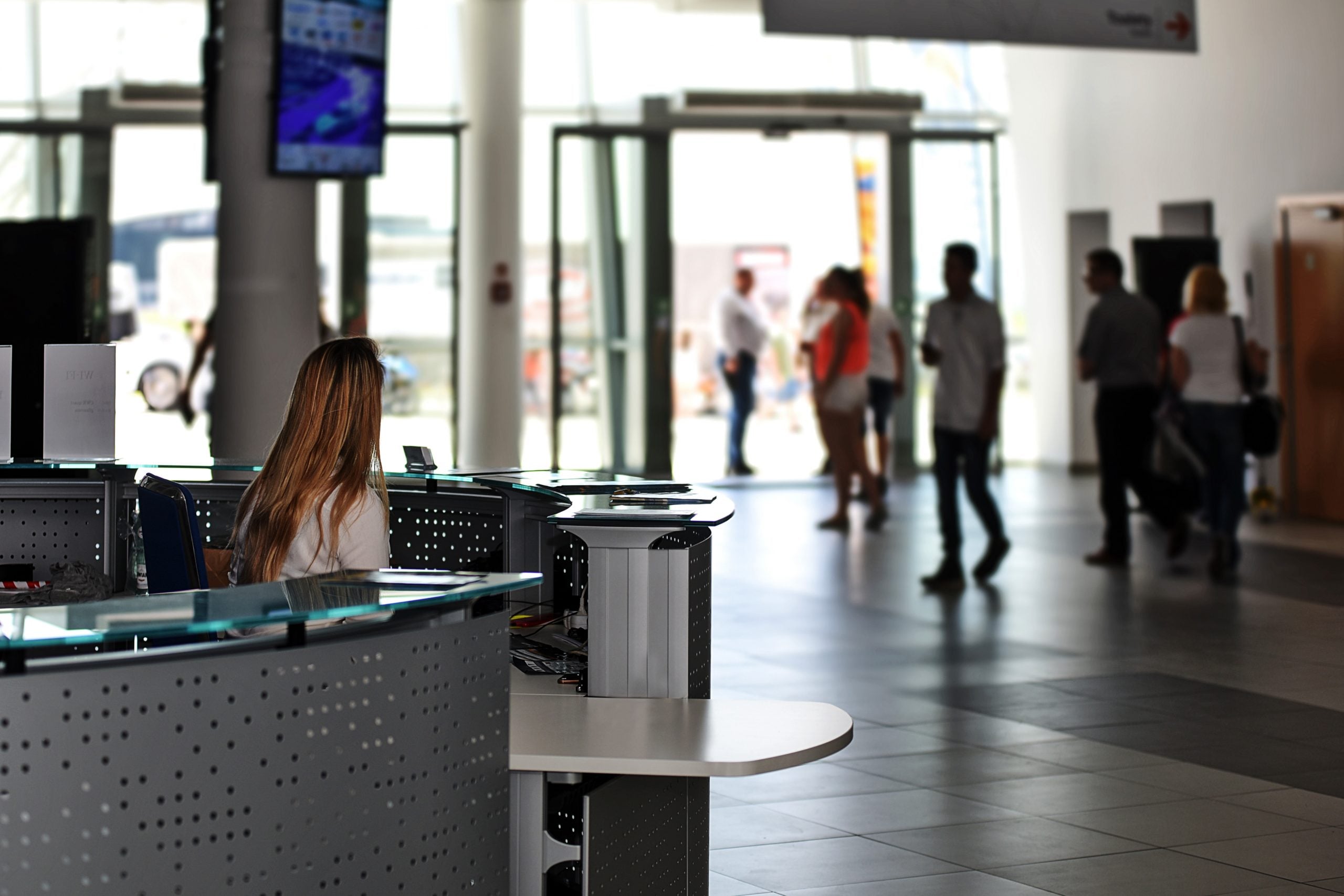 Socialist Revolution received this first-hand report from an employee at a Midwestern real estate law office. This is just one of many examples of how the bosses consider their own safety differently from that of their employees. It shows that the they are willing to risk the lives of their own employees to make that extra dollar. If you have a similar story or experience, please drop us a line!

Approximately six weeks ago, I started a new job working at a real estate law firm. Within that month, the world around me changed dramatically and this, in turn, completely changed my workplace.

The first two weeks, I loved my job—I’d never had a job where I could just sit at a computer, listen to podcasts while I worked, and go to the bathroom whenever I wanted. Every time I walked to the bathroom I would pass the TV in the lobby as it broadcast updates on the spread of the coronavirus. It felt like the preview of a thriller, foreshadowing the chaos to come later—but at the time it wasn’t affecting me.

During my third week on the job, that changed. I was told I was going to be trained to work the front desk because the current receptionist is “at risk,” meaning she’s over the age of 60. I would have to work the front desk while doing my normal job and there was no mention of any choice in the matter or a pay increase for the additional duties. I was never asked if I had any conditions that would make me “at risk”—it was assumed that because I was young I would be fine. Another coworker even thanked me for being our “sacrificial lamb”!

Working the front desk meant that on top of my other work, I had to answer the phone and interact with clients coming in for refinancing or to close on a home. I pointed out a couple of times that if I’m interacting with clients who had the virus I could easily spread it to all of the other coworkers with whom I share a copier, files, and other workspace items. My concerns were simply brushed off. I was immediately uncomfortable with the situation. Most of my coworkers are elderly smokers and I now felt that if they were to get sick I would be seen as responsible.

Working at the front desk, I watched every development as our company figured out how best to handle the virus. First, they attempted to keep clients out of our lobby with a sign on the door about coronavirus. Then one of the attorneys decided we should put the sign next to the door, so that she wouldn’t have to keep touching the door when she walked through. This resulted in people walking in without reading the sign, and it was my job to tell people to wait in the hall and then direct them to where their closing would be.

The attorneys and the receptionist I was covering for, who was still hanging around despite me working the desk, were horrified when clients spent more than a second in our lobby. I was told to get drivers’ licenses from the clients and then Lysol down the tables once they left. The attorneys set up a laptop in the room so they could Zoom conference with the client to lessen interaction. A germaphobe attorney would brag to customers how well we were complying with social distancing while there were about 30 people or more coming in and out of the office daily, always interacting with me. At the end of a week of potential exposure I received a check for a hundred dollars.

They attempted to take precautions such as limiting contact between the front of the office and the paralegals at the cubicles in the back, but there was still plenty of crossover. The biggest was that paralegals from the back were covering my lunch shift, using my phone and computer after I had interacted with clients. After the first week, the receptionist I was covering for, started to cover my lunch shift to limit contact. Shortly after that, one of the paralegals who would cover my lunch went home because she did not feel well. She later called and told us that she tested negative for strep throat and was being tested for COVID-19.

After they hung up the phone, the attorneys were upset that she had come to work in the first place. Another coworker was told to do the sick workers’ work, on top of their own work, until further notice. I only knew about the paralegal getting tested because I was in the front and overheard the phone call. When I asked my manager what we were going to do she told me the test would come back in two to three days and asked me not to tell anyone that she was being tested. Customers, paralegals who worked in the back next to her, and the paralegal doing her work all had no idea that there was someone in the office showing symptoms. I felt uncomfortable having this knowledge while clients came in and out of the office.

The most stunning thing about this whole ordeal was how all of the attorneys seemed completely unaware about the possibility of simply closing the office. The namesake of the firm rarely comes into the office, yet directed the firm to stay open. Attorneys could spend as much or as little time at the office as they chose, while the workers maintained their 8 to 5 schedule. Even when the paralegal showed symptoms they discussed just closing this office and functioning out of their four offices at other locations.

One morning I came in and was told that because of the new executive order, I was going to get phone calls from clients asking if we’re open and I was told to tell them that we are staying open. I hadn’t heard of the order so I looked it up and found that the governor ordered all non-essential offices to close, specifically mentioning real estate companies and law firms. I felt as though the order was calling us out pretty directly, so I asked why the bosses were not closing this office.

I was told that we are an “essential business” because people need to be able to refinance their loans so they don’t go into foreclosure. The attorney then said that they would love to be at home, but that our work is necessary, and just because we were not wearing nursing uniforms, does not mean we were not doing important work. Last week I heard the same attorney telling a friend how much business was booming because of the pandemic. I went home that day because I was coughing and was winded after cleaning the rooms used for closings.

After this, I found out that the paralegal had tested negative for the virus, but my symptoms are the same. As of this writing we are still open and I am still going into work. I do not think we will close until the governor personally comes in and tells us to stay home.