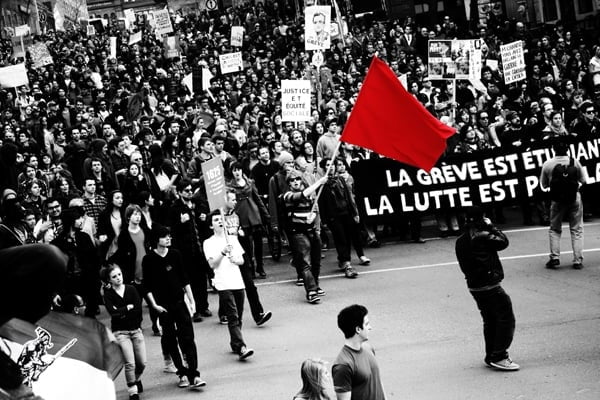 The Constitution Committee of the federal NDP has proposed a rewrite of the preamble to the party’s constitution. The new wording is supposedly a compromise, after the right-wing of the party was defeated in 2011 when it tried to remove all references to socialism. However, this new amendment is no compromise at all and marks a significant turn to the right. “Socialism” is relegated to the past in a tokenistic fashion. Most notably, sections on social ownership are removed and replaced with the primacy of the market. This is a bitter irony, precisely when “the market” is showing its abject failure globally, and in Canada. Removal of the defence of social ownership also opens up the party to supporting the privatization of public services. Delegates must reject this rightward shift.

The amendment states, “New Democrats affirm a role for government in helping to create the conditions for sustainable prosperity.” Such a statement could be cribbed from the speeches of every Liberal leader over the last century. This is not some new or modern idea; it is old discredited Liberalism that led their party to their current sorry state. It will not make the NDP more “electable”, as recommended by the right-wing media pundits who all failed to predict the Orange Wave; instead it will make the NDP indistinguishable from the Liberals, preparing the way for further disillusion and abstention amongst the electorate. 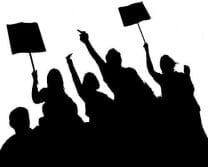 At this time, when public services are increasingly under attack, it is vital that the NDP does not succumb to the right-wing mantra of privatization. The market economy has produced crisis internationally. Is it so soon that we have forgotten the massive corporate bailouts, the attacks on wages, pensions, and services — all because the market “cannot afford” them? The market led to the crises in Cyprus and Greece, under a “like-minded” social-democratic government. Based upon the market, PASOK in Greece instituted wholesale attacks upon workers and youth; it has since been completely rejected by the people. Unless the NDP breaks with the market and capitalism it will be forced down the same road.

Have we forgotten the call of the Occupy movement to take action against the poverty and inequality engendered by the market? Scandalously, the new edit to the constitution removes the previous commitment to “struggle for the abolition of poverty”! Since the 1970s, the richest 1% has seen its share of total income double; the richest 0.1% has seen its share almost triple; and the richest 0.01% has seen its share more than quintuple. All of this is happening while the overwhelming majority of the population sees their income stagnate, or get poorer. The situation of youth is even more dire; they face massive student debt, no prospects for decent employment, high unemployment, and an increasingly precarious existence, all thanks to the market.

Instead of embracing the market and the failed profit motive, the NDP needs to look at what is actually motivating people. Occupy and the Quebec student strike managed to mobilize thousands by highlighting a society based abound meeting human needs and not private gain. This approach is the way to win. The “new” (old Liberal) approach only turns people off. We need to advance democratic control and ownership of the economy, as opposed to the dictatorship of capital that currently destroys the lives of people. NDP members, trade unions, and all those who look to the NDP to offer a real alternative to the corporate Liberals and Conservatives must fight this rightward turn. The future of the party is at stake.

Submitted by The Constitution Committee

Canada is a great country, one of the hopes of the world. New Democrats are Canadians who believe we can be a better one – a country of greater equality, justice, and opportunity. We can build sustainable prosperity, and a society that shares its benefits more fairly. We can look after our seniors. We can offer better futures for our children. We can do our part to save the world’s environment. New Democrats work together to these ends for the sake of our fellow citizens and in the interests of all of humanity.

New Democrats are proud of our political and activist heritage, and our long record of visionary, practical, and successful governments. That heritage and that record have distinguished and inspired our party since the creation of the Co-operative Commonwealth Federation in 1933, and the founding of the New Democratic Party in 1961.

New Democrats seek a future which brings together the best of the insights and objectives of Canadians who, within the social democratic and democratic socialist traditions, have worked through farmer, labour, co-operative, feminist, human rights and environmental movements to build a more just, equal, and sustainable Canada within a global community dedicated to the same goals.

New Democrats celebrate Canada’s diversity and the deep histories, traditions and aspirations of all of its peoples.

New Democrats believe in freedom and democracy, and in a positive role for democratically elected and accountable Parliaments, legislatures and the governments responsible to them.

New Democrats affirm a role for government in helping to create the conditions for sustainable prosperity. We believe in a rules based economy, nationally and globally, in which governments have the power to address the limitations of the market in addressing the common good, by having the power to act in the public interest, for social and economic justice, and for the integrity of the environment.

New Democrats belong to the family of other progressive democratic political parties that govern successfully in many countries around the world. In co-operation with like minded political parties and governments, New Democrats are committed to working together for peace, international co-operation, and the common good of all – the common good being our fundamental purpose as a movement and as a party.

Original version of the preamble to the NDP’s constitution

The New Democratic Party believes that the social, economic and political progress of Canada can be assured only by the application of democratic socialist principles to government and the administration of public affairs.

The principles of democratic socialism can be defined briefly as:

That the production and distribution of goods and services shall be directed to meeting the social and individual needs of people within a sustainable environment and economy and not to the making of profit;

To modify and control the operations of the monopolistic productive and distributive organizations through economic and social planning. Towards these ends and where necessary the extension of the principle of social ownership;

The New Democratic Party holds firm to the belief that the dignity and freedom of the individual is a basic right that must be maintained and extended; and

The New Democratic Party is proud to be associated with the democratic socialist parties of the world and to share the struggle for peace, international co-operation and the abolition of poverty.

Join the campaign, “Say ‘No’ to amending the NDP constitution — Defend social ownership” on Facebook.