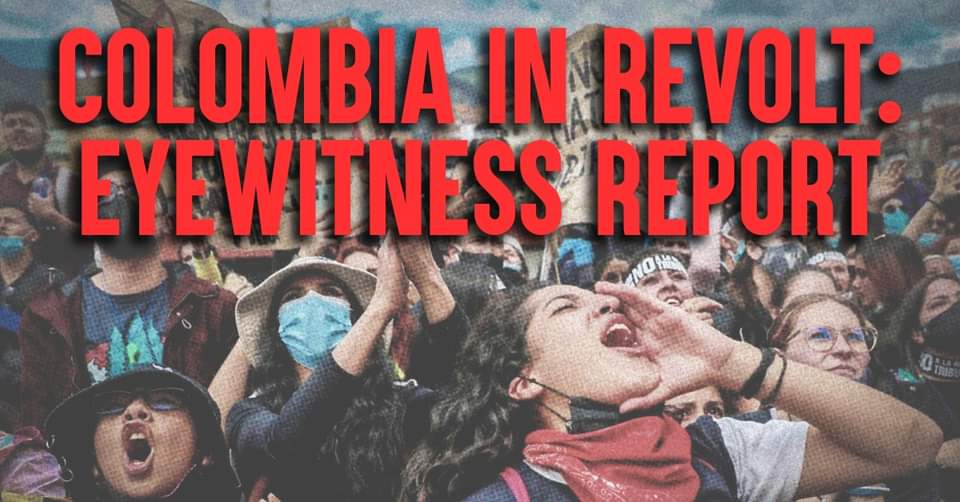 Colombia, the sleeping giant of South America, has awakened. Sparked by an unpopular tax bill, this unprecedented movement has gone far beyond what anyone could have imagined. Less than a week after the beginning of the protests, the right-wing government withdrew the bill. This sets a huge precedent as it is the first victory of the Colombian people in decades. Emboldened by their success, the masses have moved to demand the fall of the government altogether. The bravery of the Colombian people in the face of the most horrendous state repression highlights the enthusiasm and strength of the movement.

The Colombian ruling class, well known internationally for its brutality and vileness, has for centuries kept a lid on social movements through the use of indiscriminate and bloody repression. Today, they are trying to rule in the old way but with very different consequences. So how did we get to the situation today? What is the next step of the movement? And what lessons can we draw?

To answer these questions and more, Jonathan Fortich, IMT activist with Colombia Marxista who has been organizing on the ground in Colombia will be speaking. Don’t miss out!