No Borders! The Socialist Perspective on Immigration 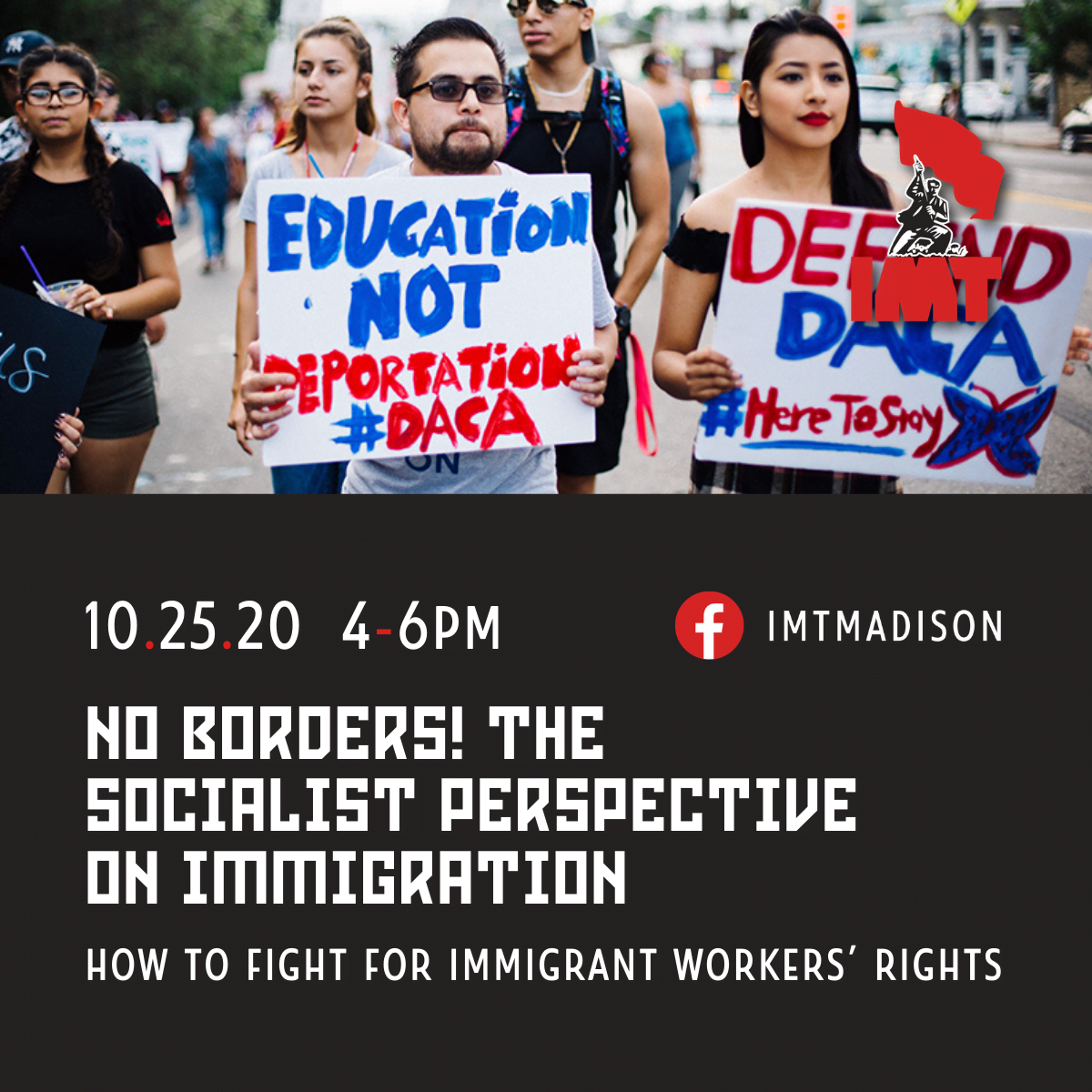 No Borders! The Socialist Perspective on Immigration

12 million working families live in the USA without basic human, workers, or other rights—the undocumented immigrants. Millions of families are forced to leave behind their homes, families, and all that they know because of the capitalist policies and their effects all around the globe.

As the crisis of capitalism worsens, many more are forced into vulnerability and oppression whether they are confined in refugee camps, capture in human trafficking, or become second class workers in so call advance capitalist countries. Today in the USA, millions of working families face massive deportation, criminalization, and stigmatization that benefit landlords, employers, and politicians for their own profit.

After the mass mobilizations of 2006 and decades of immigrant rights struggle, the issue is far from resolved, while the Republican Party make it a priority in their program to further persecute millions of hard-working families, the Democratic party far from put forward a clear agenda of equal right for all workers regardless their national origin, they, in fact, support the militarization of the border and the immigrant communities and left 5% of the population out of ACA, unemployment benefits, section 8 or financial aide to say some. However, The Democratic party cries out loud they are on the side of the Immigrants by offering DACA limited protection for 700k+ youth which seems more and more designed to keep captive the immigrant vote and their allies than really solve once and for all the flagrant exploitation and oppression of 12 million families. It is time we the working class rise the demand of No Borders, No Human Is Illegal, Equal Rights To All Workers, Amnesty for All, and the need to fight for socialism to end this horror without an end.

The event is finished.