Exxon Gets Away with Valdez Oil Spill 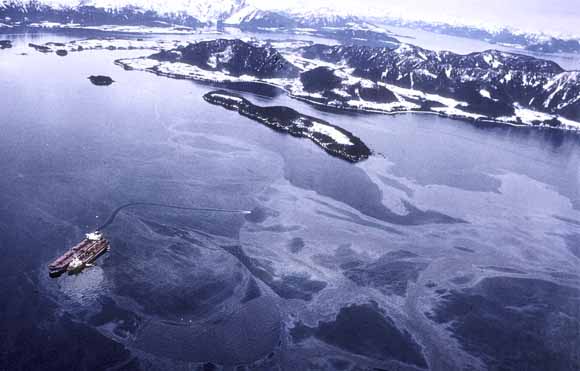 If there was any question as to whose side the “impartial” judicial system is on, the shocking verdict in the Exxon Valdez case by the U.S. Supreme Court should leave no room for doubt.

Back on March 24, 1989, the Exxon Valdez oil tanker spilled 10.8 million gallons of crude oil into the sea in Prince William Sound in Alaska, an important habitat for salmon, sea otters, seals, and seabirds. The spill eventually covered 11,000 square miles of ocean, the worst oil spill in U.S. history. Not only did the oil destroy the area’s plant and wildlife, but the Native Alaskans who live there had their livelihoods ruined. To this day, the pollution is everywhere.

Exxon has paid $3.4 billion in fines, penalties, cleanup costs, claims and other expenses. But on top of that, punitive damages of $5 billion were awarded to help compensate the local population, condemned to live in an ecological wasteland that will take decades to fully recover. Now the Supreme Court has cut Exxon’s liability by 90 percent to just half a billion.

The “official” story was simple: a drunken captain crashed his oil tanker, resulting in the spill. Basing himself on this, Supreme Court Justice David Souter deemed that the disaster was “profitless,” and that therefore, the punitive damages awarded were unwarranted. But as investigative journalist Greg Palast explains: “Exxon and its oil shipping partners saved billions – billions – by operating for sixteen years without the oil spill safety equipment they promised, in writing, under oath and by contract.”
Native Alaskans had laid out very specific safety standards before allowing Exxon to operate on their lands and waters. Among these requirements was state of the art radar on all tankers.  According to Palast: “The tanker’s radar was left broken and disabled for more than a year before the disaster, and Exxon management knew it. It was just too expensive to fix and operate.”

In addition, rapid-response teams, which by contract and law were supposed to operate around the clock to quickly contain any oil spills,  were quietly laid off in 1979. Smaller spills in the months before the Valdez disaster, which highlighted the dangers, were minimized or swept under a bureaucratic rug.

Once again, profits come before people and the environment, and the Courts are first in line to defend the interests of corporate America. More “business as usual” under capitalism.