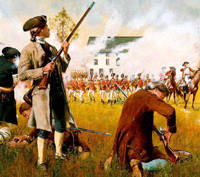 Today, the United States is the world’s largest imperialist power, but the working class of the United States has a revolutionary heritage that it will once again discover in the struggles of the future. We direct our readers’ attention to the following articles that highlight some of the key points of the First American Revolution.