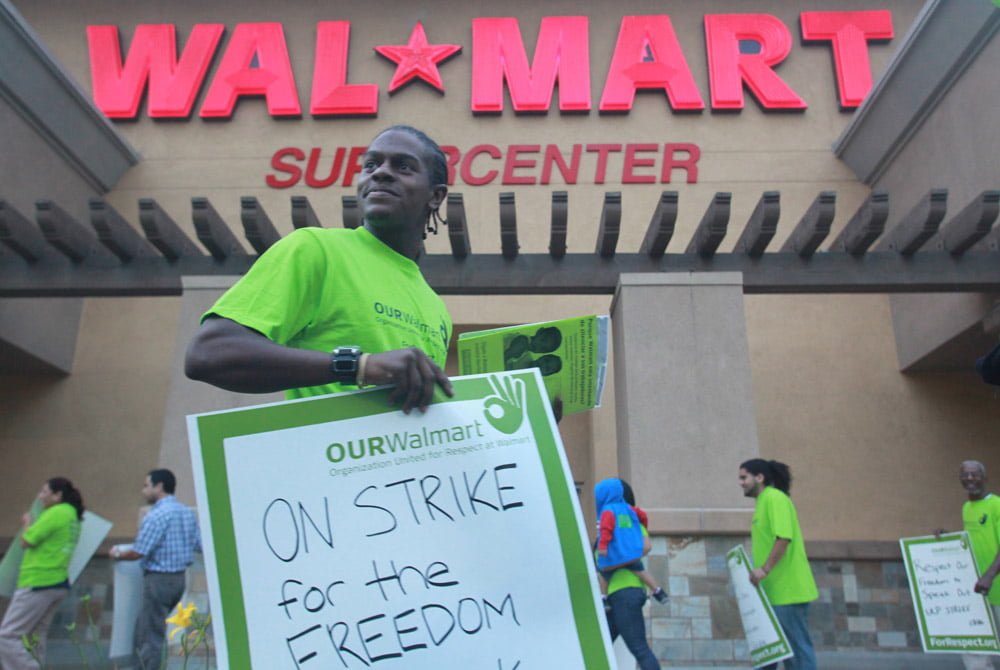 With Black Friday approaching Walmart workers throughout the country are planning to picket their work places in their ongoing fight for higher wages, benefits, and union recognition. To support these workers we have produced a leaflet, downloadable here.

Every year, the day after Thanksgiving major retailers announce massive “Black Friday” sales, and customers camp outside stores for hours before the doors open.

The movement of Walmart workers and those at other massive retail stores is an exciting harbinger of what our class is capable of. All across the country, workers are standing up and demanding higher wages, the right to unionize, and better conditions. Black Friday, a day when the retail giants expect their workers to miss Thanksgiving with their families to be overworked, has become a rallying point for this movement.

The Marxists stand unconditionally in solidarity with the workers at Walmart and others, and wherever a picket line is formed on Black Friday, we are ready to stand in support of our brothers and sisters.

Ultimately, however, unionization can only be the first step toward workers’ victory. If we are to end the bosses’ attacks once and for all, a new society must be built, in which the workers are in control of the state and the economy—socialism. All of the barbarism of capitalist decay would be left in the dustbin of history.

In a socialist world, consumption would be based on the conscious needs and desires of the masses, not the mania and delirium of 24/7 mass advertising, frantic clearance sales, and planned obsolescence. For the first time in our history, humanity would be in control of its fate and able to pursue our happiness unfettered from the bondage of the animal world and the market. No other cause has ever been as noble. Join us to get involved in the struggle for socialism!