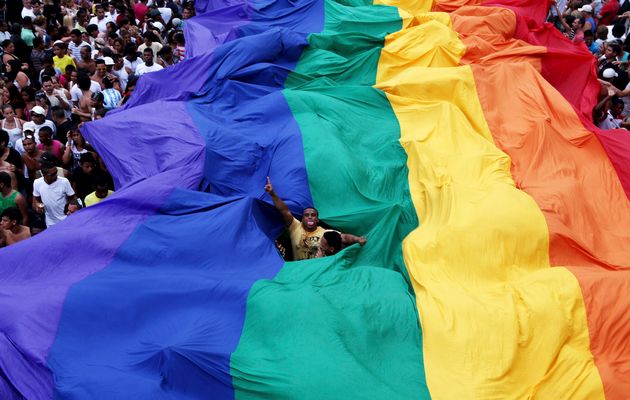 On February 13, 2014, the Nigerian president, Goodluck Jonathan, announced the passage of tough restrictions that outlawed gay marriage and all homosexual activity. He even went so far as to criminalize membership or participation in gay organizations. This was followed shortly after by the government of Uganda strengthening its already harsh anti-gay laws, which also contain language criminalizing the “promotion of homosexuality.” Both of these governments, as well as western critics, have attempted to lay the blame for this discrimination on African culture; however, this claim is baseless.

Many countries in Africa are controlled by authoritarian right-wing leaders who cloak their capitalist and pro-imperialist policies under the guise of national liberation, anti-imperialism, or even “African Socialism.” Crackdowns on homosexuality are justified as “anti-imperialist” measures with the claim that homosexuality is “un-African,” that is a form of decadence brought to Africa by European colonialists. However, this claim holds no weight at all. Homosexuality is a natural variation in human behavior, and is found in Africa just as it is found anywhere else.

Behind all the talk about protecting “African traditions,” there is a technique that is not at all new. Scapegoating has a long history under class society—from military dictatorships to bourgeois democracy. It is hoped by the ruling cliques that if the people of Uganda and Nigeria are raised into a homophobic rage they will forget about the desperate economic situation and oppression which they live under every day.

Nigeria and Uganda are not poor countries; this is a gross lie that has been perpetuated by Western imperialism. They are in fact very rich in natural resources. Nigeria is full of vast mineral wealth and fossil fuel deposits, and Uganda is home to rich soils, and also has fossil energy reserves. Both countries also have large populations with enormous productive potential.

Over the last few years, the economy has been growing steadily in both countries, but the vast majority of the wealth has gone to the local comprador bourgeoisie and the multinational corporations, rather than to fulfill the needs of the poor and working masses.

The crisis of world capitalism places both countries on unstable ground. Both economies are based on a small number of resources which are produced for the export market: Nigerian oil and Ugandan agricultural products. Small fluctuations in the prices of these basic commodities have a huge effect on the economy, and can push an already impoverished population over the edge. The ruling classes of Nigeria and Uganda are terrified of what will happen if the working class enters the road of revolutionary struggle. It is this that motivates the so-called democrats in Uganda and Nigeria, not their love of “African culture.”

In the United States, the rights of LGBT people have been used in much the same way, though the results have not been quite as extreme. Very few people would deny that demagogically fomenting anti-LGBT sentiment is a weapon in the arsenal of the Republican Party.

However, the Democratic Party also uses the question of rights for LGBT people for their own cynical purposes. When President Obama was at risk of falling behind Mitt Romney during the last election cycle, he was able to produce a huge jump in the polls by suddenly having a change of heart in favor of same-sex marriage.

Much more insidious was the way Democrats in New York used their support for the Marriage Equality Act to portray themselves as “progressives,” while simultaneously attacking the wages and benefits of public sector workers throughout the state.

Alongside the struggle of the African masses for their liberation from capitalism and imperialism, there is a crucial fight here in the US—the very heart of world imperialism. The working class of this country does not have a mass political party of its own. Only by fighting for trade union independence from the bosses and their government, and for a mass party of labor based on a socialist program, can we look towards a more equal and democratic society. This would spell the death of the imperialism that keeps our brothers and sisters in Africa in poverty.

In Africa, as in the United States, the only way to achieve equality for all is through the fight for socialist policies: by taking economic and political power out of the hands of the capitalists and placing it in the hands of the working class people—regardless of nationality, ethnicity, religion, sexual orientation, or gender identity/expression.