A spectre is haunting the mainstream media—the spectre of Karl Marx. At one time, all the powers of the for-profit media system entered into a holy alliance to exorcise this spectre: radio, broadcast, print and online media.

But the events of 2008 and the current economic landscape have conspired to bring about a collective questioning of capitalism. As corporate profits hit record highs, wages continue to stagnate, and the policies of austerity continue to further exacerbate the divide between the global economic elite and the working class, doubts about the “invisible hand” of the free market have continued to intensify.

While long-time opponents of capitalism like Noam Chomsky continue to publish polemics warning of the danger of economic externalities, more and more mainstream media outlets have begun publishing opinions deriding conventional crisis-averting measures and even turning to the man who originally penned the unholy words: “Working men of all countries, unite!”

Over the last year and a half, The Wall Street Journal, Forbes, The Guardian, The BBC, Christian Science Monitor, and even The Harvard Business Review have dared to ask a question that cuts to the core of typical economic conceptions: “Was Marx Right?”

On March 25, Time magazine’s Business & Money section joined in the chorus, taking it one step further. The article begins:

“Karl Marx was supposed to be dead and buried…The class conflict that Marx believed determined the course of history seemed to melt away in a prosperous era of free trade and free enterprise… Capitalism appeared to be fulfilling its promise—to uplift everyone to new heights of wealth and welfare. Or so we thought. With the global economy in a protracted crisis, and workers around the world burdened by joblessness, debt and stagnant incomes, Marx’s biting critique of capitalism—that the system is inherently unjust and self-destructive—cannot be so easily dismissed.”

Of course, as is to be expected, the article stops short of a full endorsement by hedging with glib and ambiguous comments like, “That’s not to say Marx was entirely correct. His ‘dictatorship of the proletariat’ didn’t quite work out as planned.”

While the article refers to Marxist-leaning academic economists like Richard Wolff and progressives like David Madland, it makes sure to pepper in perspectives from pro-capitalist entrepreneurs like Jean-Émile Rosenblum, who states that French entrepreneurs and the private sector create jobs and are “moving out—taking badly needed jobs and investment with them.” Of course, this perspective assumes that markets are insulated and have no bearing on each other.

The article continues with its contradictory and ambiguous position:

“The rich-poor divide is perhaps most volatile in China. Ironically, Obama and the newly installed President of Communist China, Xi Jinping, face the same challenge. Intensifying class struggle is not just a phenomenon of the slow-growth, debt-ridden industrialized world. Even in rapidly expanding emerging markets, tension between rich and poor is becoming a primary concern for policymakers.”

As the author turns to a more global perspective, contradicting the previous point on France, the question is begged: if China is considered communist, the logical outcome of Marx’s vision, then why is it lumped in with examples that are being used to question the modern market system? Further still, when the author states that “contrary to what many disgruntled Americans and Europeans believe, China has not been a workers’ paradise,” to whom, precisely, is he referring?

The author then turns to quotes from workers:

“’The way the rich get money is through exploiting the workers,’ says Guan Guohau, another Shenzhen factory employee. ‘Communism is what we are looking forward to.’ Unless the government takes greater action to improve their welfare, they say, the laborers will become more and more willing to take action themselves. “’Workers will organize more,” Peng predicts. ‘All the workers should be united.’”

Again, the author makes the contradictory assumption that China is in fact communist (which is not the case), but by quoting the worker, he shows the class contradictions building up there. He then addresses the growing unrest in Europe and the United States and explains that the current austerity policies will only continue to exacerbate the crisis of capitalism.

The author then cites another academic “Marxist,” Jacques Rancière, who states: “Virtually all progressive or leftist parties contributed at some point to the rise and reach of financial markets, and rolling back of welfare systems in order to prove they were capable of reform… The prospects of Labor or Socialists parties or governments anywhere significantly reconfiguring—much less turning over—current economic systems to be pretty faint.”

Of course, Rancière is correct when he points to the role played by the recent and current leaders of these parties. But he goes further and in effect rules out the radicalization and transformation of these traditional parties of the working class through the mass intervention of the rank and file, which we have seen time and again in the past, and which we will see again in the future. Unfortunately, the author of the Time article presents all of this in such a way as to obscure the reality of the situation; i.e., he implies that these “socialists” are in fact genuine socialists. However, these reformists and apologists for capitalism cannot be considered revolutionary socialists any more than Kenny G can be considered heavy metal.

As Alan Woods succinctly points out in his article Marxism and the State:

“Without the aid of the reformists, Stalinists and the trade union leaders, it would not be possible to maintain the capitalist system for any length of time. The leaders of the trade unions and reformist parties in all countries have colossal power in their hands—far greater than at any other time in history. But as Trotsky explains, the labor bureaucracy is the most conservative force in society. They use their authority to support the capitalist system. That is why Trotsky said that in the last analysis, the crisis of humanity was reduced to a crisis of leadership of the proletariat.” 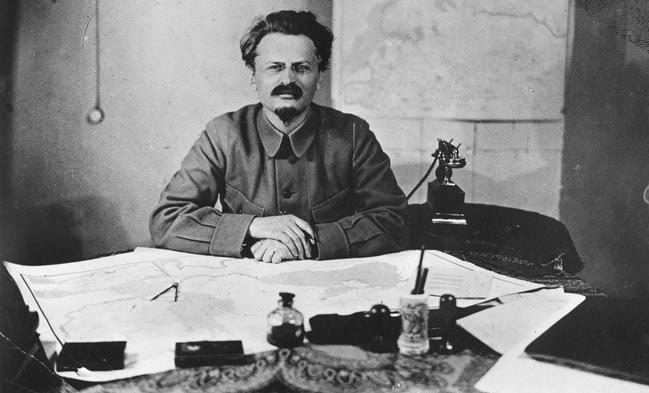 So what is to be done by those of us who understand that Marx was indeed right and are seeking to build the leadership the working class needs and deserves? At the moment, we are fighting against the stream. But the tide is turning, as evidenced by poll after poll that shows an increasing interest and openness to socialist ideas, especially among young people. In 1929, at a time when the adherents of genuine Bolshevism were being hounded by both the bourgeois and the Stalinists, Leon Trotsky had the following advice and perspective for his followers:

“There should be no illusions. Revolutionary Marxists have been once again—not for the first time and probably not for the last time—driven into a position of an international propaganda society. By the very nature of things such a situation involves certain elements of sectarianism, which can be overcome only gradually. You seem to be frightened by the smallness of your numbers. This is, of course, unpleasant…

“On a new and higher historical stage, we, revolutionary Marxists, find ourselves thrown back into a position of a small and persecuted minority, almost as was the case at the beginning of the imperialist war [WWI]. As all of history demonstrates, beginning, say, with the First International, such regressions are unavoidable. Our advantage over our predecessors lies in this, that the situation today is more mature and that we ourselves are more ‘mature’ for we stand on the shoulders of Marx, Lenin and many others. We shall capitalize on our advantage only if we are able to evince the greatest ideological irreconcilability, fiercer even than Lenin’s irreconcilability at the outbreak of the war [of 1914–18]. Characterless impressionists like Radek will depart from us. They will invariably speak about our ‘sectarianism.’ We must not fear words.

“We have already passed twice through similar experiences. This happened during the 1907-12 reaction in Russia. This happened in all of Europe during the war years. There will still be individual capitulations, desertions and outright betrayals. This is inherent in the nature of our period. All the more reliable will be the selection of our ranks. The greatest honor for a genuine revolutionist today is to remain a ‘sectarian’ of revolutionary Marxism in the eyes of Philistines, whimperers and superficial thinkers. Let me repeat: today we are once again only an international propaganda society. I do not see in this the slightest reason for pessimism, despite the fact that behind us is the great historical mountain of the October Revolution. Or more accurately, precisely because this great historical mountain lies behind us. I have no doubts that the development of the new chapter of the proletarian revolution will trace its genealogy back to our ‘sectarian’ group.”

In other words, history is not linear, and the crisis of capitalism will inevitably bring about new revolutionary convulsions. We already see such convulsions today, in Europe, the Middle East, and Latin America. In the not-too-distant future, we will see similar convulsions in the USA itself, already presaged by Wisconsin and Occupy. In the meantime, we must prepare ourselves theoretically, politically, and organizationally for the inevitable revolutionary flood tide to come.

Along those very lines, the author of the Time article concludes with the following: “That leaves open a scary possibility: that Marx not only diagnosed capitalism’s flaws but also the outcome of those flaws. If policymakers don’t discover new methods of ensuring fair economic opportunity, the workers of the world may just unite. Marx may yet have his revenge.”

Such a prospect is “scary” only to the capitalists and their hangers-on. For the rest of us—the working class majority—the prospect of a future of genuine democracy and prosperity for all can only be looked to with enthusiasm. 165 years since the penning of the Communist Manifesto, it is quite clear that the spectre of Marx—the spectre of the genuine possibility of socialism—looms large and cannot be ignored. For those of us who do not tremble at the thought of ghosties, ghoulies and long-legged beasties, it is high time that we prepare to go “bump in the night.”