No Justice for Sexual Assault Survivors as Cosby Walks Free 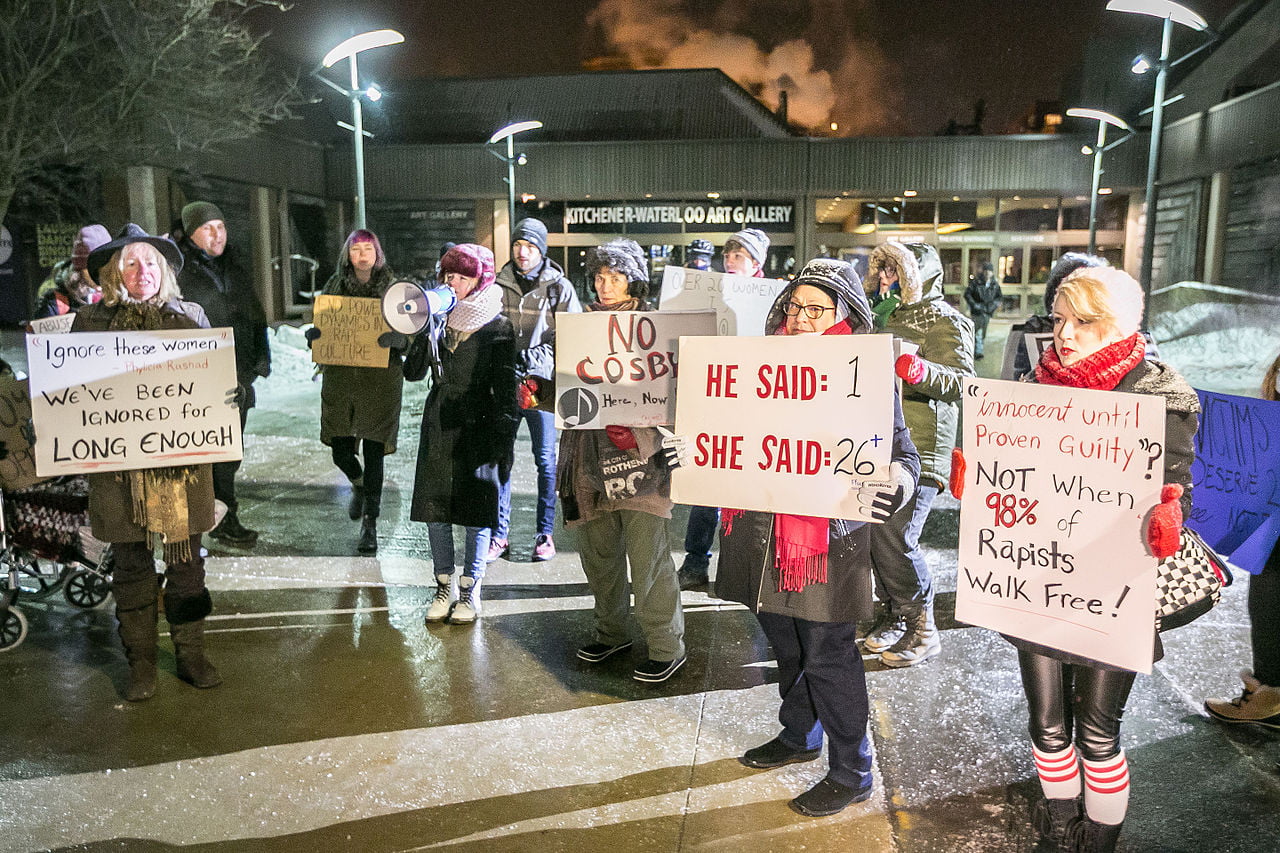 Bill Cosby, accused by 60 women of drugging and raping them, walked out of prison on June 30 after serving less than one-third of his sentence. In 2018, “America’s dad” was convicted of three counts of aggravated indecent assault against Andrea Constand and committed to ten years in prison. What put Cosby behind bars was a damning deposition in 2005 in which he admitted to obtaining Quaaludes to give to women he wanted to have sex with. Quaaludes are central nervous system depressants that can render the user unconscious and thus unable to consent to sex.

Cosby’s victims—and sexual assault survivors worldwide—were relieved to see a serial rapist brought to justice. However, at the time of the deposition, District Attorney Bruce L. Castor Jr. had promised Cosby that he would not be prosecuted. This promise was strictly verbal. Nevertheless, on June 30, the Supreme Court of Pennsylvania used this informal agreement to argue that Cosby’s conviction was illegitimate—and he can never again be charged with assaulting Constand.

In other words, a man who allegedly spent decades drugging and raping no fewer than 60 women walks free today because of a 16-year-old promise. Other women who have accused Cosby of the same crime cannot file charges because of the statute of limitations. In Andrea Constand’s case, she filed criminal charges just before the 12-year statute of limitations expired. So why do sexual assault allegations have an expiration date, while informal promises between powerful individuals do not?

No justice for sexual assault victims under capitalism!

The USA may be the wealthiest country in the world, yet one in four American women have experienced either rape or attempted rape. If that statistic is not shocking enough, that figure doubles for transgender people, half of whom experience sexual violence. So who is currently fighting for survivors?

The fact that Brett Kavanaugh now sits on the Supreme Court is proof that the Republicans find sexual assault perfectly acceptable. They were comfortable writing off Christine Blasey Ford’s graphic and disturbing allegations. All Kavanaugh needed to do was explain, “We drank beer and still do. So whatever, yeah.”

Most people are aware of Tara Reade’s accusations against the current President and were likely unsurprised by his denials. However, instead of taking Reade seriously, the party that claimed to be fully on board with #MeToo did a 180 and used the same tactics against her as were used by Republicans to undermine Christine Blasey Ford.

Obviously, the “corporate wing” of the Democratic Party sides with the rich and powerful against sexual assault survivors. What about the so-called “progressives”?

Ilhan Omar was willing to publicly state that she believed Reade but nonetheless supported Joe Biden. Alexandria Ocasio-Cortez, who at the time said she was quite reluctant to believe Reade, stated in an interview with DSA that those who refuse to support Biden are “privileged.” It is evident that the “progressive wing” of the Democratic Party is also willing to brush aside serious allegations of rape for the sake of supporting “the lesser evil” at election time. That is, they prioritize political expediency over the right to a full investigation of the accusations made.

Fundamentally, both “wings” of the Democratic Party serve the interests of capital. Like the Republicans, the Democrats are a bourgeois party and one of the main tools of the capitalist class. The difference between the Democrats and the GOP is that the Democrats are occasionally more willing to concede minor concessions to calm down revolutionary tendencies among the workers, youth, and oppressed generally. But the Democrats never were and never will be a working-class party.

What about the police? Can victims rely on them to help them? When victims report sexual crimes to the police, they often face a second trauma: humiliation and harassment. They are frequently blamed for their clothing choices, called demeaning names, and shamed for “ruining young men’s lives.” Perhaps that is why out of every 1,000 sexual assaults, only 310 are reported to the police, and only 50 lead to arrest.

All working-class sexual assault survivors and those who care about us need to understand this: the bourgeois “justice” system was not designed to fight for us. In class society, the state is not a neutral arbiter of justice. It only exists to serve whichever ruling class is in power. Under capitalism, this means protecting private property. Furthermore, the police and the justice system reflect, are imbued with, and reproduce the ideology of the ruling class, racism and sexism being component parts of this. And revolutionary Marxists are not the only ones saying this. In 2005, the Supreme Court ruled that the police have no constitutional obligation to protect people from harm! Simply put, if the police were to seriously investigate all sexual assault allegations brought to them, this would take valuable time from doing their real work—defending the property of the rich.

Who really fights for justice?

There is also a massive disparity in the kinds of resources, lawyers, and political connections available to the rich—who can literally get away with murder—and how the so-called “justice” system tramples ordinary workers and the poor. Given this reality, it is clear that to achieve anything approximating real justice, we need to get rid of the capitalist version and replace it with a system that truly reflects the majority’s interests.

The only progressive class in capitalist society is the working class—and the best way the working class can fight for justice is through mass politics. To do this, we call for a mass, working-class socialist party.

A mass socialist party would be much more than just a box to tick on a ballot every few years. It would be a well-organized, fighting vehicle for the entire class. People are rightfully furious that the rapist Bill Cosby walks free on a technicality, yet this rage is not currently expressed in the streets. If America had a mass socialist party right now, it could harness that anger and call for mass protests, or even a general strike, to protest Cosby’s release. This would not only advance justice for victims of sexual assault; it would also embolden survivors and all workers to go further, as even small victories can lead to larger ones. United under a common banner, the working class is unstoppable. A mass socialist party is a crucial element in forging that unity in action.

Conditions are ripe for such a party. According to recent polls, the popularity of socialism in America is rising: in 2019, before the COVID-19 pandemic, 39% of all American adults viewed socialism positively. Now, that number is 41%. If we look at young adults, in particular, the change is even more dramatic. Pre-pandemic, 58% of Americans aged 18–34 viewed capitalism positively, and 38% supported socialism. Now, only 49% support capitalism, and 46% support socialism. The “murderous stupidity” of the capitalists during the pandemic likely had something to do with this.

Millions of Americans consider themselves socialists, but they are unorganized. Instead of calling for militancy, the current labor leadership chooses to herd them back into the Democratic Party, hiding behind the excuses of “pragmatism” and “practicality.” The truth is, the basis for a mass socialist party already exists and could rapidly take on a life of its own, but these leaders are too tied to the bosses to lead the working class to power.

There will never be justice for victims of sexual assault under capitalism. This is because class society and the oppression of women are intertwined and inseparable. Capitalism values private property and profits above all and benefits directly and indirectly from the poison of sexism and misogyny. To win genuine equality of life for all members of society, this system must be overthrown.

Socialist Revolution aims to educate radicalized workers and youth in the ideas of Marxism, class independence, and revolutionary socialism. We invite you to join us to fight for a mass socialist party, build the revolutionary movement, and end the oppression of women and all oppressed peoples forever.