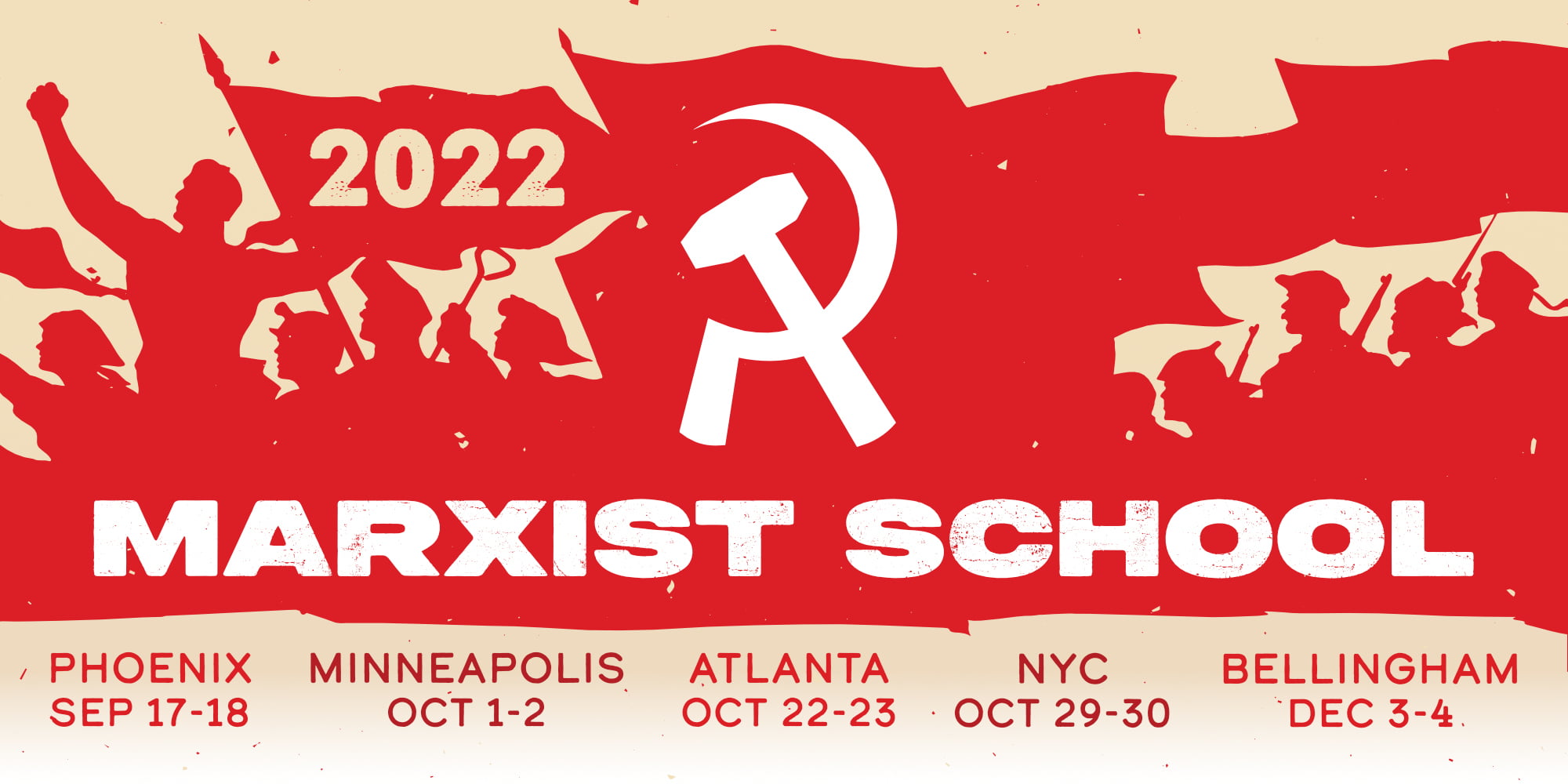 Join a weekend of discussions on Marxist theory and strategy in the fight for socialism in our lifetime!

The 2022 Marxist School is an in-person event series organized by Socialist Revolution, the US section of the IMT. Events are being held from coast to coast, in Phoenix, Minneapolis, Atlanta, New York City, and Bellingham.

Click the tabs below for more details about each school, and register in your region now to reserve your spot!

All times in Central Time

All times in Eastern Time

All times in Eastern Time

The Phoenix Marxist School was an inspiring start to the Socialist Revolution regional school series! Read a full report of the event here.

This year, Socialist Revolution held its first-ever Phoenix Marxist School, co-hosted by the student club, Socialist Revolution at Arizona State University. The school saw a total attendance of 37 people looking to learn more about revolutionary socialism to fight capitalism’s impasse. The Phoenix comrades were joined by Socialist Revolution editor John Peterson from New York. Also in attendance were comrades from Flagstaff, AZ, Texas, California, and Mexico. This year’s event was a modest start to what will in the future become a point of attraction for revolutionaries across the American Southwest!

The event was part of the IMT’s broader #CommunismOnCampus campaign. All over the world, the youth are seeking a revolutionary path forward. This includes young people in Arizona’s Valley of the Sun. In recent months, Arizonans have written to our website asking to join because “capitalism isn’t working,” and “the people deserve the power, not big corporations.” The International Marxist Tendency is the only organization in the world whose slogan is “Socialism in Our Lifetime”—we are the only group with the revolutionary optimism to declare that capitalism can be swept aside now!

Find tickets for the Marxist School closest to you: