Scottish Referendum: Why is the Yes Campaign Gaining Ground? 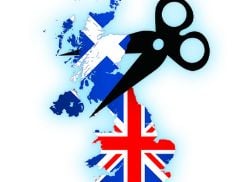 With just 7 days left until the Scottish independence referendum, the past week has seen a big shift in the polls. Up until now most polls were putting the “no” campaign ahead by around a 10% margin. This lead was down from what it had been last year, but still seemed to predict a comfortable victory for the pro-union camp.

The second televised debate, held on August 25, signalled a shift in the campaign. Whereas in the first debate Salmond was somewhat caught out on the question of the currency union; in the second his focus on welfare and the austerity being put forward by Westminster gave him a huge victory over Alistair Darling. This was reflected in the polls. The first official poll after the debate was also the first mainstream poll to put “yes” ahead.

The YouGov poll released on September 5 put “yes” at 51% and “no” at 49% (when “don’t know” voters weren’t included). Of course we need to see this for what it is—it is only one poll and is the only serious poll to have put “yes” ahead. However, it is important and is representative of the shift that can be seen amongst Scottish voters towards the “yes” campaign.

The importance of this poll is reflected in the “no” campaign’s panicked scramble to win back their lead. Both the Tories and Labour have put forward plans for further devolution in the case of a “no” vote and leaders of all three unionist parties will be in Scotland campaigning today, abandoning Prime Minister’s Questions.

The panic of the “no” campaign is somewhat ironic as the “yes” lead is largely down to their inertia and the right-wing policy of the Labour Party. Labour voters are the predominant swing group that have given “yes” the lead. Whereas 18% planned to vote “yes” in August, this has now dramatically risen to 35%.

The reasons for this are fairly clear. For a Labour voter looking towards social democracy and reforms Alex Salmond has put forward an attractive proposition. Obama-style, he has based himself on populist rhetoric, speaking of “change” and Scotland’s “social democratic values” as opposed to the food banks of austerity Britain. However, he has failed to outline any concrete plans or where this alternative will come from. There has also been a focus on health with the SNP claiming Scotland’s NHS will be at risk if we remain in the union, despite the fact that health powers are fully devolved.

Despite the SNP’s reformism being shallow rhetoric, it isn’t hard to see why Labour voters are being won over. The Labour Party has bound itself to austerity, promising only slower, “gentler” cuts if it comes to power in 2015. For the referendum it has gotten into bed with the Liberal Democrats and “toxic” Tories as part of the “Better Together” campaign.

As these parties are all committed to austerity and capitalism and all they can offer is scare mongering and dire warnings. The fact that “yes” appears to be pulling ahead shows the weakness of the British establishment in its failure to deliver a comprehensive victory for the union. Cameron and co. completely blundered in not allowing devolution max—an option that would likely have won—to be put on the ballot paper. The success of the “yes” campaign also shows the rottenness of the parliamentary Labour Party that has failed to offer anything to the Scottish people.

For many on the left in Scotland the growing support for “yes” has been cause for celebration as they believe an independent Scotland would be more progressive and could advance the struggle for socialism.

There are gaping holes in this argument. First of all, the independence that is being offered is firmly grounded in capitalism and the British state—the SNP wish to reduce corporation tax in order to help businesses, keep Her Majesty the Queen as the head of state, keep the pound and join NATO. They also want to be a member of the crisis-ridden EU. As long as we remain under capitalism, this means capitalist austerity. The only redistributive measure in their over-600 page white paper is the cutting of corporation tax! Austerity Britain is not simply a case of the Tories being nasty. It is a response to the global capitalist crisis that has seen governments across the world, on the left and right, implement cuts in an attempt to save capitalism.

Socialism and the working class

An independent Scotland offers nothing to the Scottish working class. It is only a more localized form of the capitalism that we are already living under, which can only offer increased hardship. We are socialists, not nationalists. It is only the working class that can overthrow capitalism and any divisions—by sex, race, religion or, in this case, national boundaries—only weaken us. For all British workers, and indeed all workers internationally, our interests are the same—the overthrow of capitalism and the fight for socialism.

Workers across Britain are linked by their class interests and have historically been linked in struggle—miners across the whole of Britain came out on strike together in 1984/1985. A separate Scotland would lead to a division in the working class and workers being in direct competition. The “business friendly” Scotland put forward by the SNP would seek to secure businesses from England and the competition between workers would lead to a degradation of wages on both sides of the border.

The division between Scotland and the rest of the British isles would also be used by the ruling class. Job loses and wage cuts would be used to stir up resentment. As shown by the collapse of the Soviet Union, socialism is nothing if it is not international and the unity of the working class is key to achieving a Socialist Britain as part of a Socialist Europe and further afield.

In our analysis we have emphasized the class question, which is fundamental to all Marxists. As the old adage goes, united we stand, divided we fall. Many on the left have forgotten this and have instead jumped on the nationalist bandwagon, placing their faith in a more “progressive” independent Scotland. They have lost their faith in the ability of the working class to achieve socialism. The increasing support for “yes” has led to a euphoric atmosphere with some even referring to it as a “revolution” and Colin Fox (leader of the SSP) comparing those registering in the last few available days to South Africans desperate to register in order to vote for Nelson Mandela!

What is required is a sober analysis. We advocate a “no” vote not out of any support for the status quo, but, quite the opposite, out of our commitment to the unity of the working class and the fight for socialism. Independence is not the answer to our problems and it is certainly not a revolution. It is simply another form of capitalism.

However, at the same time, we understand in the context of austerity Britain and the weakness of the “no” campaign, particularly the stand of the Labour Party, why there has been increased support for a “yes” vote.

Whatever the result we support the democratic right of the Scottish people to choose their future and we will continue in our fight to overturn capitalism internationally, the only way forward for the working class.