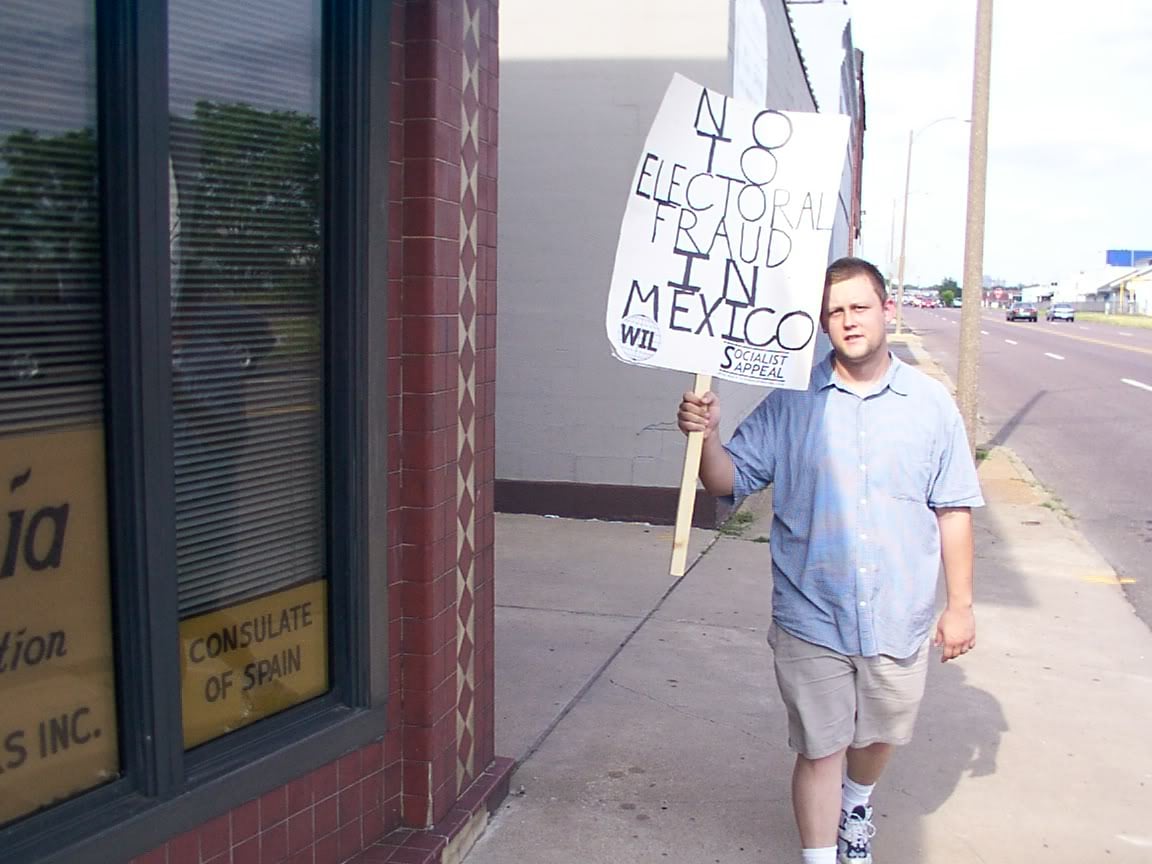 No governments should recognize a victor until all votes have been counted and a full investigation has been conducted on accusations of fraud.  Any government that makes the decision to recognize Calderon (the candidate Washington has bought and paid for) as the winner of the recent Mexican election should expect protests from all those who believe that it is the Mexican people who get to decide.

Below is the petition we presented to the consulate:

“To the Prime Minister of Spain, Sr. Zapatero,
“Dear Sir, we, the undersigned, wish to express our indignation at the recognitionby the Spanish government of Felipe Calderon, as the President of the Republic of Mexico.  We wish toremind you, sir, that the elections in the Mexican Republic are as yet undetermined and have been marred by an undeniable degree of electoral fraud, with millions of Mexican citizens calling for a recount of the vote.  We

call upon the government of Spain to remove its recognition of the PAN candidate, Sr. Calderon, and to reserve its recognition until a genuine, democratic result has been determined by the people of Mexico.”
Share This
July 15, 2006