The President That’s “Got Our Back”? 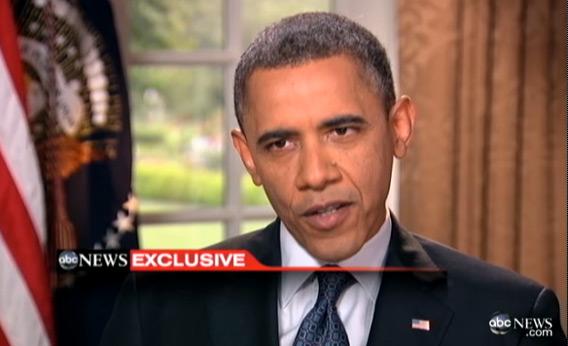 In an ABC-exclusive interview, President Obama has gone on record to “affirm that [he thinks] same-sex couples should be able to get married.” He has now become the first sitting U.S. president to say that he believes that this basic democratic right should be extended to gays and lesbians. LGBT rights activists across the country are celebrating this hard-fought progression, and rightfully so. But what does this really mean?

Firstly, Obama’s comments are not the result of some kind of moral commitment to LGBT workers and youth. After all, when Obama was campaigning for his Illinois Senate seat, he was a supporter of marriage equality. Then, when he was running for president, he changed his mind. And now that his reelection bid is in trouble and polls show a majority of young people in particular support marriage equality, he as again changed his position. Obama’s “evolving position” has been one of political opportunism since the beginning. When he was running for office in a left-leaning district, he was pro-marriage equality; when he ran for national office suddenly his position shifted. So no, Obama isn’t making these comments because he “has got our back,” as the brand new campaign posters proclaim. His comments are the product of a complex political situation in the U.S.

One element has been the hard work of LGBT activists and supporters in organizing mass demonstrations, including the Equality March which mobilized on Washington to demand full equality now. And there is the crucial but often painful and stressful process of coming out which may not seem like much, but is making a real difference in our homes, communities, and workplaces. Without such pressure from the LGBT community and our allies, the President’s comments would not have been made. We are an essential element in this moment, as the masses have always been in the progression of history.

It also cannot be ignored that this is an election year, the campaigns are coming into full swing, and the Democratic Party base has been less than enthused lately. In 2008, with a message of “hope and change,” the Democrats secured the presidency and the two houses of Congress. However, after sitting on their hands for two years and openly doing the bidding of Wall Street, the Democrats were unable to mobilize voters in 2010. As a result, they lost their majority in the House of Representatives and sustained losses in the Senate.

What else could have been expected? The electorate went in to the voting booth believing they were pulling the lever for an anti-war, pro-worker, ecologically-conscious candidate. However, it became clear very soon that all Americans were getting was an expansion in military operations, higher unemployment, and a lame duck cap-and-trade ploy. The Democrats can’t afford a lower voter turn out again, so an enlivening of the party base is essential.

This is the key element in Obama’s latest “evolution.” With the explosion of working class struggles from Wisconsin and Ohio in the Midwest, to Verizon workers in the Northeast and and Longshoreman in the Northwest, and of course the Occupy movement nationally, the Obama campaign aims to reel in and cynically harness some of this frustration.

The political maneuvering goes deeper than just timing, public opinion polls, and electoral demographics. There are high-paid teams of analysts and pollsters dedicated to helping politicians say “the right thing at the right time.” The President does not just go on television and speak off the cuff to the American public. His comments are scrupulously prepared and combed through to ensure perfection. This statement is no different.

Obama’s interview comes at a low point in Democratic Party support, and with a majority of the public in support of marriage equality. The choice before his reelection team was obvious, and it is clear that these comments are having their intended consequence. In fact, the website Talking Points Memo released an article pointing out that $1 million was raised by the Obama campaign in only the first 90 minutes after his comments were televised.

As has so often been the case, Obama has been purposefully vague and noncommittal; and yet people see in Obama what they want to see. Obama’s exact words in the interview are as follows: “[at] a certain point I’ve just concluded that, uh… for me personally… it is important for me to go ahead and affirm that I think same-sex couples should be able to get married.” There is no mention of gay rights, no mention of actual policy or anything that would concretely tie the President to any form of action. This statement is nothing but a personal opinion that the President and his political advisers wished to share with us at this given moment.

It’s a phrase specially tailored to incite an emotional response without any commitment. This statement does not mean the President will try to pass a constitutional amendment that would enshrine equal rights for LGBT people in the Constitution and put an end to this state-by-state madness, or that the President would even fight to repeal the Defense of Marriage Act (DOMA) if he is reelected. As has been pointed out by LGBT activists in the past, President Eisenhower destroyed the rights of LGBT federal employees with an executive order in 1953. If he could do that, then why can’t Obama give those rights back with the stroke of a pen? Obama’s comments don’t tie him to any course of action whatosever.

Ultimately, to the Democratic Party we are just another demographic in their cynical quest for votes. As long as we tie ourselves to the Democratic Party we will forever be limited to the position of a “special interest” group vying for concessions and half-measures. What we need is a labor party based on our unions, which would represent us in the halls of government as we make our demands heard on the shop floor and in the streets!

The Democratic Party has often seemed to be the default ally of the LGBT community, as the GOP is openly and proudly reactionary concerning LGBT rights. But it should be noted that while Obama and his administration have taken some token measures to hang onto the LGBT vote, such as filming an “It Gets Better” video and “declaring” DOMA unconstitutional, vast numbers of LGBT people continue to face discrimination with no help in sight from this administration. The National Gay and Lesbian Task Force’s survey, Injustice at Every Turn, revealed some startling statistics.

The survey found that gender-nonconforming respondents were twice more likely to be unemployed than their gender-conforming counterparts; 90% face harassment in the workplace; and 47% reported being fired or not hired for their perceived gender identity. As for housing, 19% reported being refused a home or apartment, and 11% reported being evicted because of their gender identity or expression. A whopping 50% of transgendered individuals reported having to inform their doctors of information pertaining to trans-related health care, and 19% reported being refused medical care. Another 28% chose to delay medical treatment for fear of harassment, while 48% delayed treatment due to being unable to afford medical treatment altogether.

These are the everyday issues facing working class members of the LGBT community, and the Obama administration has done nothing and has made no commitment to do anything concerning these staggering findings. Rather than seeing the pro-big business Democrats as our “natural allies,” we should be looking to our working class organizations for unity and strength, starting with the unions. The unions are the most basic form of working class organization, and LGBT workers must push for full recognition in our unions.

In an important step forward for the working class, the AFL-CIO has also come out in favor of marriage equality. AFL-CIO President Richard Trumka had this to say recently: “We should respect and honor our friends, neighbors and family members who want to take care of their families and their loved ones—whatever their sexual orientation. We are proud to come together for a more just America.”

These are fine and encouraging words. But we need more than this. We need action as well! Only by fighting in genuine unity against those who would “divide and conquer” the working class on the basis of race, gender, sexual orientation, religion, etc., can the working class stand strong against the attacks of the bosses. The labor movement must be at the forefront of the struggle for LGBT rights and against all forms of discrimination. After all, an injury to one is an injury to all! And if we do not break with the parties of big business and build our own labor party, we will always be fighting with one hand tied behind our backs.

It is sad yet telling that it is seen as “groundbreaking” that a sitting President is in favor of something as simple as equal rights for all. Over 200 years since the United States was founded on the premise of “liberty and justice for all,” we still do not have equal rights for women or LGBT people in this country. The basic rights of millions of Americans are regularly trampled on, whether in the form of so-called “Right to Work” legislation, anti-immigrant discrimination, police surveillance, and on and on. This is because capitalism is a fundamentally unequal system, organized in the interests of the 1% who dominate politics and the economy. Under capitalism, there can never be anything even approximating genuine equality of opportunity, let alone economic equality.

President Obama’s “change of heart” has inspired a wave of excitement in the LGBT community. But when the dust settles, nothing fundamental will have changed. Genuine liberation for all those oppressed by capitalism is impossible as long as capitalism itself continues. If an Equal Rights for All Amendment were passed, it would be a tremendous step forward that could only come about as a result of mass, united struggle. As Frederick Douglass famously put it, “Power concedes nothing without a demand.” But even then, we would still be exploited as workers under capitalism. This is why we must combine the struggle for basic democratic rights with the struggle for socialism. LGBT workers and youth can only win our rights in unity with the rest of our class. In order to truly liberate ourselves, we must liberate ourselves from capitalism.