The Revolution Will Not Be Philanthropized 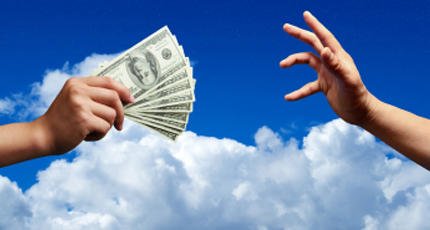 The bourgeoisie is not entirely blind. There are layers of the ruling class that can, on occasion, come to similar conclusions as Marxists. The benefit of a birds’ eye view of the capitalist system allows them to potentially have a more expansive view of the system as a whole—its corruption, its inequality, and its senility.

Certain members and representatives of the bourgeoisie can sense that something big is coming. Two months ago, speaking of the mass movements in Turkey and Brazil, political scientist Francis Fukuyama ended an article for the Wall Street Journal by saying that, “it would be a grave mistake to think, ‘it can’t happen here.’” In 2006, billionaire Warren Buffett was quoted saying, “there’s class warfare, alright, but it’s my class, the rich class, that’s making war, and we’re winning.” Economist Robert Reich recently warned his readers to “make no mistake: the savage inequality America is experiencing today is deeply dangerous.”

In a New York Times Op-Ed written in March 2011—on the heels of the revolutionary overthrow of Mubarak in Egypt and the mass movement in Wisconsin against Scott Walker’s anti-union bill—analyst Dante Chinni also spoke of the effects of inequality: “Up to now, many Americans have been waiting to see if their current economic problems are temporary, or something more. As they begin to feel the larger forces involved, they will grow increasingly frustrated and, yes, angry . . . Get ready for a populist movement in years ahead—one that could take many forms—and a very bumpy ride.” Just 6 months later, the Occupy movement began, which represented just a small glimpse at the mass movements we will see in the next period.

This awareness of the growing anger at inequality—much of it simmering beneath the surface—explains why many of the richest individuals in the US are so concerned about ways to redirect this anger. Warren Buffett is just one of those members of the ruling class with a deeper understanding of the real state of affairs and the consequences of this unchecked polarization of wealth. For years Buffett has advocated the raising of taxes on the country’s wealthiest. In the run-up to the 2012 presidential election, the “Buffett Rule” entered the national lexicon, even being taken up by Obama in his pre-election rhetoric (and conveniently dropped since his victory).

Earlier, in 2010, Buffett and the other richest man in the US, Bill Gates, met at a small diner to discuss how their fortunes might be used charitably. This was the beginning of what came to be known as “The Giving Pledge,” a campaign—led by Buffett and Gates—to get billionaires to donate half of their amassed wealth to charities and nonprofits. Among those to sign on to this campaign are: Michael Bloomberg, Richard Branson, Carl Icahn, David Rockefeller, David Rubenstein, and dozens more.

Another to sign on to The Giving Pledge was Mark Zuckerberg, who made headlines in 2010 when he appeared on Oprah (another multi-billionaire), alongside New Jersey Governor Chris Christie and Newark Mayor—and Senate hopeful—Cory Booker, to announce his donation of $100 million to “help Newark’s public schools.” What has actually been done with this money is shrouded in mystery, but it seems it has already contributed to the establishment of several new privatized charter schools and helped to spur a new contract which places Newark’s public teachers into 4 different “performance tiers” with incentive pay. From “helping Newark’s public schools” to open war on Newark’s public schools and teachers’ unions—this is not an uncommon result from the growing nonprofit sector.

Nonprofits generated $779 billion in 2010, 5.4% of GDP. In 2009, 9% of wages were paid to those working in the nonprofit sector, which makes up 10% of the economy’s jobs. Most workers in this industry receive low wages, are only employed part time, and are nonunion. From 2001–10, the nonprofit sector grew by 25%. This was clearly the basis for Ralph Nader’s extremely naïve and utopian book Only the Super-Rich Can Save Us.

But Warren Buffett’s son, Peter Buffett, begs to differ. In a recent New York Times Op-Ed, titled “The Charitable Industrial Complex,” he criticized the growth of nonprofits functioning in underdeveloped nations as being a form of “Philanthropic Colonialism.” He goes on to describe the real role of philanthropy:

“As more lives and communities are destroyed by the system that creates vast amounts of wealth for the few, the more heroic it sounds to ‘give back.’ It’s what I would call ‘conscience laundering’—feeling better about accumulating more than any one person could possibly need to live on by sprinkling a little around as an act of charity.

“But this just keeps the existing structure of inequality in place. The rich sleep better at night, while others get just enough to keep the pot from boiling over. Nearly every time someone feels better by doing good, on the other side of the world (or street), someone else is further locked into a system that will not allow the true flourishing of his or her nature or the opportunity to live a joyful and fulfilled life.”

Later he says, “It’s time for a new operating system. Not a 2.0 or a 3.0, but something built from the ground up. New code.” These are not the ramblings of a socialist, as Peter Buffett is quick to point out: “I’m really not calling for an end to capitalism; I’m calling for humanism.” But the need for socialism is the only logical conclusion one can draw from the reality of capitalism. Peter Buffett offers no real coherent answer as he is still defending a system which has inequality built into its DNA. Given his upbringing and resulting consciousness, he just can’t quite make the break.

Marx and Engels understood this type very well. In the Communist Manifesto they wrote about what they referred to as “Bourgeois Socialism”: “A part of the bourgeoisie is desirous of redressing social grievances in order to secure the continued existence of bourgeois society. To this section belong economists, philanthropists, humanitarians, improvers of the condition of the working class, organizers of charity, members of societies for the prevention of cruelty to animals, temperance fanatics, hole-and-corner reformers of every imaginable kind.”

Later it continues: “The socialistic bourgeois want all the advantages of modern social conditions without the struggles and dangers necessarily resulting therefrom. They desire the existing state of society, minus its revolutionary and disintegrating elements. They wish for a bourgeoisie without a proletariat . . . [The proletariat] should cast away all its hateful ideas concerning the bourgeoisie.”

Feeling the ground shift beneath them, certain elements of the ruling class are compelled to acknowledge the excesses and dangers inherent in their system in order to cut across the growing anger and resentment—anger and resentment not only at their wealth but the entire system that gave rise to the sickening inequality that exists. But the capitalist system has a logic of its own, and only so many steps can be taken by these wealthy philanthropes before the pot does indeed begin to boil over.