“The S Word” by John Nichols 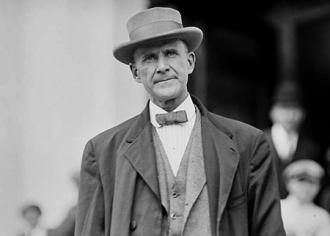 Is socialism, in reality, bound by a million threads to the best traditions of the American Revolution and various social movements that have emerged over the last two centuries?

Nichols argues for this view, and covers the political relationship and friendship between Thomas Jefferson, the Marquis de Lafayette, and the great American utopian Fanny Wright; Abraham Lincoln’s connections to radical politics domestically and around the world; the role that revolutionary socialists played in overthrowing the tyranny of slavery; the fight for free speech during the World War I; and in the growth and battles of the labor and civil rights movements. If you are looking for a great collection of facts about the American socialist movement, then you have found your book. However, if you are looking for a nuanced appraisal of the many different trends in the history of American socialism, you will not find it here.

One of the central aims of the book is to show that socialism is “just as American” as any other political trend, and has played a role in contributing to movements that have led to the betterment of the lives of the American people. However, the author’s perspective on the role of American socialists throughout history and their role in the future is contradictory. Socialists, claims Nichols, should aim to put “left pressure” on the Republican and Democratic parties. Unfortunately, very little space is dedicated to analyzing the capitalist-class nature of these parties, and the author primarily celebrates the “positive influence” of the socialist movement on the Democrats’ New Deal and civil rights policies.

Marxists do not dismiss the importance of these concessions, but they are exactly that—concessions given in the face of mass struggle. FDR did not adopt the extremely limited policies of the New Deal because he had been convinced of the usefulness of a “socialist approach” to the Depression, but rather, because he was terrified of the growing influence of socialist ideas among workers and small farmers, and the growing labor militancy during this same period. Far from being a convert to the “socialist approach,” Roosevelt was one of the most clever defenders of the capitalist system.

Although the book does not pretend to focus on the entire left, there is a notable lack of detailed information on the communist movement. The Stalinist Communist Party USA is acknowledged as an organized force within the labor and civil rights movement, but the Trotskyist movement receives just one mention as an aside. There is no mention of the 1934 Minneapolis Teamster strikes, which were won under Trotskyist leadership, or the sit-down strikes of the later 1930s. The West Coast longshore strike under Communist Party leadership is mentioned, but only in relation to the fact that some of its leaders were eventually indicted by HUAC during the red scare. In sharp contrast to this, almost an entire chapter is dedicated the successes of the “Sewer Socialists” in Milwaukee. It almost seems as though the author’s intention is to ease the nerves of liberals afraid of the “S” word, rather than providing a balanced history of American socialism.

One clear indication of this is that Nichols has a lot of good things to say about the Democratic Socialist Organizing Committee and its successor, the Democratic Socialists of America. For those who don’t know, the DSA are a “pressure group” within the Democratic Party that attempt to push the party to the left. The DSA has consistently supported the politics of “lesser evilism” because, in the words of the organization’s founder, Michael Harrington, “The left-wing of the possible is in the Democratic Party.” In many ways, it is offensive to rank these people—who have adapted themselves to capitalism and a party of the bosses—alongside great American socialist leaders like Eugene V. Debs, Joseph Weydemeyer, and John Reed. Even Willy Brandt—the postwar West German politician of the Social Democratic Party; and Friedrich Ebert—a Social Democrat who played the leading role in crushing the 1918 German Revolution—are named in the book as great co-thinkers of the American socialists! The author does not profess to be a Marxist, but one would expect him to realize that there is more to being a socialist than just saying you are one.

The goal of genuine socialists is not just to win concessions from the two main capitalist parties, or to “win them over” to partially adopt our program and ideas. While fighting for all reforms that benefit the working class, we understand that these reforms are forever insecure so long as they are dependent on the anarchy of the capitalist market, and as long as political power remains in the hands of the capitalist class and its parties. One look at the attacks on workers and austerity measures being implemented around the globe reveals this. The Democrats and Republicans will not defend these gains of the past—quite the opposite—they are agreed that they must be rolled back. The only force that can stop these attacks and win new gains is organized labor, united in its own political party, and fighting for a socialist program.