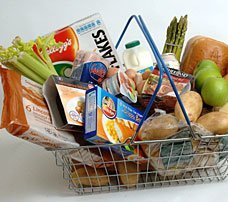 Inflation is rising across the board. In other words, today’s dollar just doesn’t buy as much as it did a few months ago. And it’s not just housing, gasoline, heating, transportation, health care and education. The cost of that most basic of all necessities – food – is now also quickly rising for American workers and their families.

In 2007, the price of food and non-alcoholic beverages rose by 4.7 percent. This was even more than the rise in the overall cost of living, which in January 2008 stood at 4.3 percent, according to the federal government’s Consumer Price Index.

The prices of basic foods like fruits and vegetables, beef, poultry and cereals are rising, with the price of milk having gone up the most with an increase of 23.2 percent through November of last year. The national average for a gallon of whole milk was $3.79 in February, according to the U.S. Department of Agriculture. That’s a dollar higher than the average price of a gallon of unleaded gasoline.

Next to milk, the cost of wheat sharply rose as well, reaching $10 a bushel for the first time in history, amid concerns over short wheat supplies.

The UN has also reported that world food supplies have slumped and “food prices are soaring to historic levels.” They cite a number of factors: the effects of global climate change, a shift of production of food stocks for human consumption to bio-fuel and cattle feed, and rising gasoline costs which affect the costs of food production and transportation.

During the postwar years and into the late 90s, world food production outpaced population growth due to advances in technology and agricultural science. However, global capitalism with its inherently chaotic system of organizing human productive capacity, cannot rationally plan the world economy to meet the needs of the majority.

This is why we need to fight for socialism. Only a democratic plan of production, distribution and exchange, in harmony with the environment, can harness the resources of the planet in the interests of all. As it says in the opening line of The Internationale, the anthem of the world working class: Arise, you prisoners of starvation!