The 2008 recession and the weakest recovery in history have definitively proven to the most farsighted layers of the working class and youth that capitalism is long past its expiration date. This understanding has yet to manifest itself in a massive wave of socialist struggle, but the embryonic beginnings of such a movement are evident and there is no shortage of articles by bourgeois publications highlighting this growing popularity.

The Guardian published an article titled, “‘The S-Word’: How Young Americans Fell in Love with Socialism,” which explains that “young Americans blame capitalism for crises in housing, healthcare, and falling wages. Once demonized, the word ‘socialism’ is back as a new political movement takes root.”

It’s not just the “s-word” either; it’s the “c-word.” Even the right-wing, McCarthyite website victimsofcommunism.org reported last December that, “as of this year, more Millennials would prefer to live in a socialist country (44%) than in a capitalist one (42%). Some even said they would prefer to live in a communist country (7%). The percentage of Millennials who would prefer socialism to capitalism is a full ten points higher than that of the general population.”

Since Bernie Sanders exploded on the scene, socialism has been on the minds of millions. It’s no longer merely a “nice idea” but something worth fighting for. Those who dispiritedly groaned that they were a socialist, but added that it would never fly in the United States, were positively proven wrong. Many more like them went to the Sanders mass rallies and were inspired out of their gloominess and passivity. New connections were made, a new political force seemed to be in the making—if only Sanders would break the mold and run an independent campaign. This did not come to pass and many of those who still sought to fight found their way to the Democratic Socialists of America.

Millions who were prompted towards political struggle did so on the streets fighting police brutality, in the workplace fighting sexual harassment, and many others did so through various shades of identity politics on the campuses. However, not content with the narrow worldview of many strands of identity politics, the more farsighted elements have moved towards socialism as the answer to address the many ills of our society. The root of the problem has been identified—capitalism—and the antidote is clearly socialism.

There appear to be socialists hiding under every bed and in every closet. Forbes has been forced to concede that there is a “resurgence of socialist sentiment.” The Week magazine even suggested that we have entered “The Dawn of American Socialism.” In that article, Ryan Cooper describes the thinking of those young Americans gravitating towards socialism in such astonishing numbers: “[Socialists] are not so much united around the traditional socialist objective of collective ownership of the means of production as in pushing the political boundaries leftwards far beyond their current limits, either in Europe or America.” Cooper seems to think he has identified the strength of this variant of socialism. In reality, he has identified its biggest weakness: The idea that socialism means vaguely pushing political boundaries “leftwards.”

Marx explained well over a century and a half ago that material conditions determine consciousness. The biggest factor in the growing popularity of socialism today wasn’t Bernie Sanders, Slavoj Zizek, or your local liberal arts school’s sociology department. It is capitalism itself. Capitalism has not delivered the goods for millions upon millions of workers in the United States. While this consciousness has been delayed, it is catching up. But there is still a long way to go.

The postwar boom fostered illusions in the ability of the capitalist system to raise the standard of living for a large layer of the working class. When the mid-70s recession marked a decisive end to that period of growth, the massive expansion of credit kept capitalism creeping along through the 1980s and 90s. The fall of Stalinism in the USSR and China’s transition to capitalism gave it more room for maneuver.

These decades of mild reaction did damage to the consciousness of several generations of the working class. It also had a profound effect on the consciousness of the workers’ leaders. Nowhere has that backsliding been so marked as in the United States, where the AFL-CIO leadership seems to be modeling themselves on an exaggerated caricature of Sam Gompers’ “business-unionism.” Years of ebb and defeat in the labor movement lowered the bar for what was possible.

Labor leaders have pursued a policy that reinforced the backsliding of class consciousness in the US.

Consciousness has been thrown so far back that Marx and Engels’s struggle against the ideas of utopian socialism provides useful insights for today. The rising generation of American socialists are new to these ideas and it is inevitable that they have an eclectic mix. To some, socialism means universal healthcare, to others, it means taxing the rich, and to others, it is “what they have in Sweden.”

Engels wrote about similar political tendencies of his time in the classic work, Socialism: Utopian and Scientific:

To all these [tendencies of utopian socialism], socialism is the expression of absolute truth, reason, and justice, and has only to be discovered to conquer all the world by virtue of its own power. And as an absolute truth is independent of time, space, and of the historical development of man, it is a mere accident when and where it is discovered. With all this, absolute truth, reason, and justice are different with the founder of each different school. And as each one’s special kind of absolute truth, reason, and justice is again conditioned by his subjective understanding, his conditions of existence, the measure of his knowledge and his intellectual training, there is no other ending possible in this conflict of absolute truths than that they shall be mutually exclusive of one another. Hence, from this nothing could come but a kind of eclectic, average socialism, which, as a matter of fact, has up to the present time dominated the minds of most of the socialist workers in France and England. Hence, a mish-mash allowing of the most manifold shades of opinion: a mish-mash of such critical statements, economic theories, pictures of future society by the founders of different sects, as excite a minimum of opposition; a mish-mash which is the more easily brewed the more definite sharp edges of the individual constituents are rubbed down in the stream of debate, like rounded pebbles in a brook.

In the absence of a mass socialist tradition in the United States, passing through a painstaking process of political clarification is part of the price we must pay for the failures of the past. But the ruling class will also pay a hefty price. In the absence of a party like Greece’s PASOK, or Spain’s PSOE, there will be fewer barriers in the working class’s leftward march, whipped forward by the onslaught of a socio-economic system in terminal decline. So while eclecticism currently reigns, the society-wide process of learning what socialism is and isn’t is not over yet. We must prepare for even bigger leaps in consciousness in the months and years ahead. 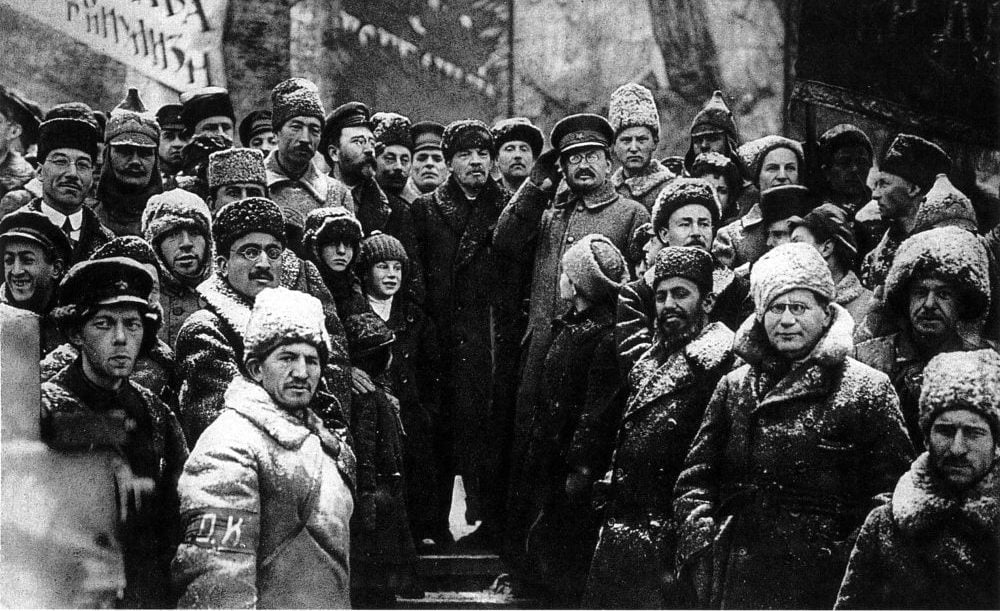 If we aim to end capitalism in our lifetime, the grueling work of nuts and bolts Bolshevism must be put in.

In sports dramas, the whole period of training and preparation is compressed into a short montage. Why? Because it’s boring and doesn’t make for good storytelling. But no athlete or political movement can punch above its own weight. If we aim to end capitalism in our lifetime, the grueling work of nuts and bolts Bolshevism must be put in: organizing, fundraising, and above all, political education.

In the founding document of Bolshevism, What Is To Be Done, Lenin quotes Engels:

It will be the duty of the leaders to gain an ever clearer insight into all theoretical questions, to free themselves more and more from the influence of traditional phrases inherited from the old world outlook, and constantly to keep in mind that socialism, since it has become a science, demands that it be pursued as a science, i.e., that it be studied.

Armed with Marxism, America’s socialists will do far more than push the political boundaries leftward. By building a political force that can withstand the twists and turns of the turbulent decades ahead, we can achieve the ultimate task of humanity and lead the working class to political and economic power.