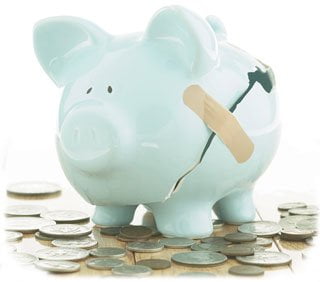 The Big Business media is continuing its war on the NYC public employees’ pension system.  Over the past twenty years or so, U.S. corporations have eliminated pensions for new employees and sometimes for existing employees, replacing them with 401k schemes.  The Employee Benefit Research Institute, as reported in the NY Times, stated that 63 percent of workers in the private sector have only 401k or similar plans, not traditional pensions. This means that workers must save for their own retirement and assume all of the investment risks themselves.  This is a sweet deal for Corporate America!  As the present economic crisis deepens, Big Business wants to cut government spending on social programs and compensation for government workers.  Our pension benefits are target number one!

NYC public employees who began their employment prior to 1972, had a pension which generally offered retirement benefits to employees at age 55, without penalty, if they had worked for at least 30 years.  As NYC entered a major fiscal crisis in the 1973 to 1977 period, Governors Rockefeller (R) and Carey (D) along with Republicans and Democrats in the state legislature, passed new “pension tiers,” first Tier II and then Tier III.  Each Tier removed some benefits that workers had previously received and forced workers to make mandatory contributions.  Tier III was so bad, the protests of the labor movement forced the government to create Tier IV, which was not as good as Tiers I and II, but was somewhat better than Tier III.  Members of Tier III were allowed to leave it and jump to Tier IV if they wished to do so.  However, under Tier IV, most workers could only retire when they reached age 62.

Since then, the leadership of the various NY City employees’ unions have tried to lobby the legislature for pension improvements.  Every attempt to improve the pension has faced fierce resistance from Big Business in New York and their mouth pieces:  The New York Times, the Daily News and the New York Post.

The labors leaders thought that they could avoid a confrontation with big business media by having legislators sponsor bills to improve the pension if the improvement was “self-funded.”  A number of years ago, the unions got the legislature to pass a change to the Tier IV pension, so that members could retire at age 55. However, if they did this, they would face a large permanent reduction in the pension payment to pay for the cost of this benefit.  This spring, AFSCME DC 37, the largest union of NYC employees, sponsored a bill that would give Tier IV employees the right to retire at age 55, without this reduction in benefit. But the employee who wished to receive this benefit would have to pay a large sum of additional pension contributions up front and there would be no additional cost to the City.  The sum was calculated by the former New York City Chief Actuary Jonathan Schwartz, who is now a consultant for DC 37.

The big business press, led by the New York Times, claimed that Schwartz was wrong about his calculations and alleged that the City would pay some amount for this pension benefit.  The Times further claimed that 11 of 50 other pension bills that Schwartz had examined since they had become law in 2000 had cost NY City government an additional $60 million per year, for a total of $500 million.  After their articles on this, the state legislature shelved the proposed age 55 retirement bill.  Throughout this, DC  37 did not respond to the allegations or in any way defend the need to allow workers to retire at age 55 without benefit reductions.

Contrary to the disgusting propaganda from the Big Business media, city workers work hard every day delivering services and repairing infrastructure.  Workers deserve a decent standard of living in the city which has the most expensive cost of living in the USA.  Not only is our work hard, many of us have long commutes as we cannot afford to live anywhere near where we work in Manhattan.  Workers also deserve the ability to retire at age 55, which had been part of the Tier I pension plan, so that we can have some time in our lives for ourselves and our families. Technological progress and innovations since the late 1960s and early 1970s should equal more free time, such as vacations and earlier retirement. But American capitalism is doing the opposite. Work hours are increasing and retirement is being put off to later in life or eliminated altogether.

The leaders of DC 37 and the other unions should respond in kind to the mouth pieces of big business.  They should hold public forums and meetings in the various neighborhoods of the city on the right of employees to retire at age 55.  It should be made clear, we want to retire at age 55 with no reduction in benefits, nor should we have to pay any additional contributions. We have paid for these pensions because of the work we do, they are “deferred wages.”  Let JP Morgan, who received $29 billion from the Federal Reserve for taking over Bear Sterns, make up for government shortfalls!

The capitalist press will try to divide the private sector workers from the public sector workers and try to rally them against additional benefits.  This is why the public sector unions should join with the private sector unions to organize the unorganized and fight for contracts that include full pensions and age 55 retirement, not these 401k schemes.

If the union leaders used their resources:  the labor press, union halls for public meetings, demonstrations etc., we could shift the debate.  This struggle is crucial; over the river in New Jersey, Democratic Governor Corzine is trying to reduce pension benefits for future state and local government workers there.  Now is the time for the unions to join forces and fight back.  This is a battle that can be won!  Since we are heading into a period of higher unemployment, pension changes allowing age 55 retirement will also create jobs for young people as older workers retire.

The pro-Big Business policies of the present union leadership can be frustrating. But as the attacks on workers continue, we will have no choice but to fight back, and if this requires changing the leadership, this is just what will have to happen.  If you are interested in helping to change this situation, join the WIL.