Cambridge Analytica Holds a Mirror up to the Mainstream Media

In the last 48 hours, liberal news outlets (in particular Britain’s Guardian newspaper), have made a scandal out of the exposé into Cambridge Analytica. This is a shadowy peddler of influence that has been exposed by an employee-turned-whistleblower for its use of masses of digital data to target political advertisements.

But selling this news as a major scandal says more about the anxieties and ideology of the bourgeois media than about the threat to our so-called democracy by the social media revolution.

Indeed, many readers, upon glancing at the headlines screaming about this sinister company and its meddling with “our” democracy, will genuinely wonder what all the fuss is about. Until we factor in the psychology and interests of the mainstream media, it is unclear why this is considered such a scandal.

So what, then, does this alleged “endangering of our democracy” consist of?

Facebook is, in reality, a giant scheme for generating data on individuals to be sold onto advertisers and other companies. This is their entire business model—simply a far more efficient way of doing what PR consultants have been doing for decades.

If it is so horrifying to find out that advertising is used in political campaigning, one really ought not to be a liberal at all, but a socialist.

What this particular scandal involves is the secret selling on of this vast data pile and its use in political campaigns, notably those of Brexit and Trump. Cambridge Analytica got hold of the data of 50m users via a psychology professor—in violation of Facebook’s terms of service—and allegedly used this to make pro-Trump ads targeting certain kinds of people. Facebook’s response to this data breach was very weak, implying tacit approval of its use.

None of this should surprise anyone. It only “surprises” the likes of The Guardian, because it feels threatened by two things.

Firstly, the loss of its business and influence to social media—hence its endless campaign to present Google, Facebook et al. as widely recognized social evils now hated by everyone.

Secondly, the rapid destruction of the so-called “center ground” of politics, and with it the increasing irrelevance of The Guardian’s editorial line.

In truth, everyone knows that Facebook and Google are engaged in wholesale selling on of personal data, and that this is routinely bought by those wishing to purchase influence. Aside from the digital aspect, is there really anything new in rich people using their money to get what they want from behind the scenes?

In all the hyperbole of the articles denouncing Cambridge Analytica, we hear a lot of insinuation that this sort of online advertising is incredibly, dangerously effective. One of the recent Guardian articles is entitled “‘It might work too well’: the dark art of political advertising online.” But no evidence or argument is ever given to show that its actions have altered elections or political careers in any particularly effective way.

The allegations thrown about are deliberately exaggerated and distorted to make the threat of this influence peddling seem much more different from—and far more effective than—plain old political propaganda and advertising than it really is.

For instance, Cambridge Analytica is accused of pumping out 50,000 unique, pro-Trump ads every single day on Facebook. The argument that this represents a new threat to democratic accountability lies in the fact that these ads, being so vast in quantity, are impossible to police.

Moreover, they are uniquely tailored to each individual; so not only are the ads different, but they are also only seen by that individual—they aren’t public. Therefore, they cannot be called out for lying or being misleading.

But it is the likes of The Guardian that are misleading us in reporting this, because it is obvious that there are not literally 50,000 unique ads every single day from one company. There is a basic template, which is automatically modified very slightly based on the individual’s Facebook profile.

Furthermore, such accusations reveal a naive, touching faith in the transparency and honesty of traditional political advertising and propaganda, which in reality has a long, sordid history of lies, misinformation and exploitation.

Indeed the whole discussion of this story amounts to one long exhibition of liberal delusions.

Individually tailored advertising “undermines the very idea of a ‘marketplace of ideas’”, says Ann Ravel, a former member of the Federal Election Commission who has long advocated stricter regulations on digital campaigning. 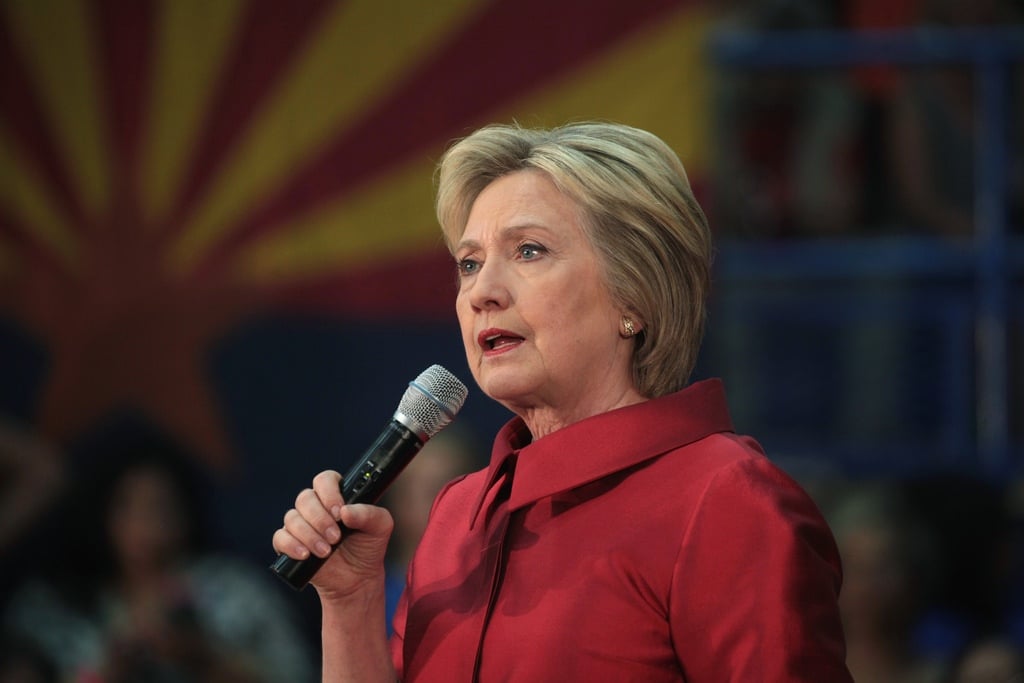 Liberals complain that exposing Clinton’s racist comments from the 1990s harmed her electoral performance—but she did say those things!

“The way to have a robust democracy is for people to hear all these ideas and make decisions and discuss,” Ravel said. “With microtargeting, that is not happening.” (The Guardian, 19.3.18)

A robust democracy! Under capitalism, there is no (and can never be any) “robust democracy,” nor some state of abstract equality of information, time, education, and discussion.

How can you have “robust democracy,” and a fair “marketplace of ideas,” when some people are “worth” hundreds and thousands of times what the majority are “worth?”

Capitalist society has always been accompanied by endless propaganda, lies, withholding of information, and bigoted press campaigns to the benefit of the ruling class.

These liberals complain that Cambridge Analytica produced ads for Trump’s campaign targeting Clinton voters with examples of her racist politics in the 90s, hoping to convince them not to vote.

This they complain about, without stopping to notice that those are real facts; that Clinton really said those things; and that liberals such as Clinton only have themselves to blame for their racism, their inability to solve working class problems, and generally uninspiring politics!

These liberals never ask why Hillary Clinton said racist things, nor what it says about our “democracy” that Trump and Clinton were the two candidates in the 2016 election.

It is really too rich to be lectured by the mainstream media about the dangers of political manipulation, as if it were new and they weren’t themselves fine practitioners of this dark art.

Why else do the British people distrust the media more than they trust it (by 51 percentage points—the largest amount in Europe)?

The list of infamous press lies, misinformation and slanders is huge. We have the classic examples of the BBC’s total distortion of the Battle of Orgreave; The Sun’s lies over Hillsborough; its disgusting portrayal of Arthur Scargill as a Nazi; and its gloating over the sinking of the Belgrano.

British people in particular have little faith in their press.

But we also have The Guardian’s recent relentless campaign against Jeremy Corbyn—a campaign so hostile it is obvious it represented nothing other than an attempt (in collusion with Blairite MPs) to help force him out of office.

And just in the last week the BBC has been found to have photoshopped Jeremy Corbyn into a stereotyped Russian image, obviously intended to imply he is insufficiently patriotic; indeed, a wholesale enemy of Britain.

All these examples are merely expressions of the fact that under capitalism, the rich own the media and wield it as a political instrument in their struggle to maintain the capitalist system with all its injustices intact.

The dirty tricks and murky advertising of Cambridge Analytica are nothing new—only the technology is. What is new has been exaggerated and sensationalized by the likes of The Guardian.

This is yet another example of liberalism’s inability to comprehend why it is losing influence. It represents a very convenient way to explain away their system’s inherent crisis, which is the real reason the “center ground” has crumbled away.

So long as class society exists—with a tiny minority controlling vast resources and personal wealth while the vast majority struggles just to get by—the rich will use their wealth to buy politicians, newspapers and their journalists, and will propagate falsehoods and prejudices on an industrial scale.

The technological means to do so are just that—a means to an ends. Above all, the crumbling away of the center ground demonstrates one thing more than anything else: not that people are suddenly being manipulated and misled, but that they are waking up.