Over 170 years ago, Marx wrote: “Modern bourgeois society with its relations of production, of exchange, and of property, a society that has conjured up such gigantic means of production and of exchange, is like the sorcerer who is no longer able to control the powers of the nether world whom he has called up by his spells.” He could have written those lines this very year—about the threat of ecological disaster which humanity is being subjected to by the ruling class.

A recent study by the Australian National Centre for Climate Restoration has circulated widely on the internet, with headlines claiming that human civilization will collapse by 2050. While the paper states that climate change represents a “near- to mid-term existential threat to human civilization,” it offers no solutions to stop this from happening. In particular, it points to agricultural collapse in the subtropics, shrinking coastlines, and extreme weather that will displace populations.

For many people around the world, however, the bleak future predicted in the study has already arrived. According to the United Nations Refugee Agency, 21.5 million people each year are “forcibly displaced by weather-related sudden onset hazards—such as floods, storms, wildfires, [and] extreme temperatures.” And the terrifying reality facing millions in India is that there will not be enough water to keep them alive. In fact, “natural” disasters, displacement, wars over resources, disease, and everything else which is predicted to come with climate change, has been the lot of humanity under capitalism from the beginning. 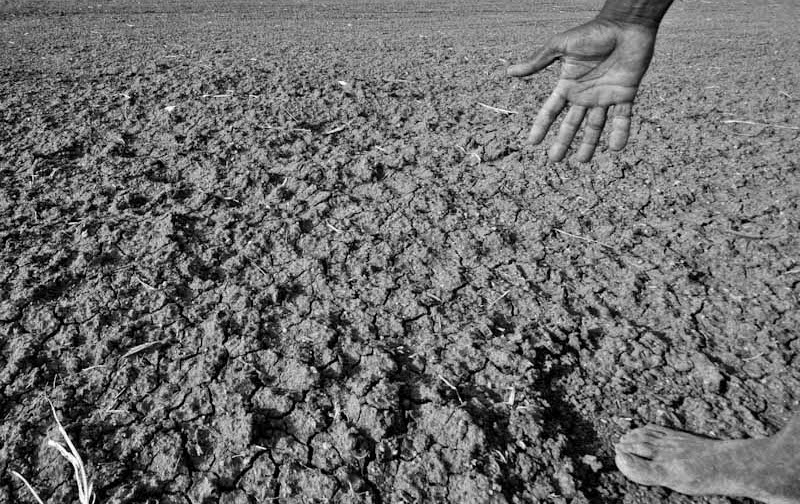 The terrifying reality facing millions in India is that there will not be enough water to keep them alive. / Image: Pushkarv via Wikimedia

Liberalism, the ideology of capitalism, believes in linear progress within an eternal and stable society. Liberals consider setbacks to humanity’s progress—such as wars, pandemics, and social unrest—to be the result of accidents, “bad decisions,” or some other external “push.” This is why most environmentalists seem to think that compiling facts and arguments will successfully convince the ruling class to act. For them, impending extinction is a powerful rhetorical tool to change the hearts and minds of those who run society.

However, Marxists know, and the lived experience of the working class demonstrates that this is not the case. Under capitalism, human activity is subordinated to egoistic calculations that operate according to laws outside of anyone’s control. As an example, private industry, which produces most of the pollution in the world, is outside of the majority’s control. But even the threat of extinction cannot be allowed to get in the way of the system’s relentless drive for profits.

Marxists do not doubt the seriousness of what’s at stake. The works of Luxemburg and Trotsky, among others, describe the horrors that await our species without a successful socialist revolution. But neither are we resigned to destruction. We understand that the same contradictions that brought humanity to this situation also contain the solution.

Climate scientists describe the need for a global effort to eliminate carbon emissions and restructure the economy if we are to slow warming to a manageable pace. Countless people will need to be resettled, and entire cities relocated. Capitalism provides us a key in the form of a globalized economy run by the collective labor of millions of workers. With the right organization, we can run it for ourselves, without the parasites, based on a socialist plan. 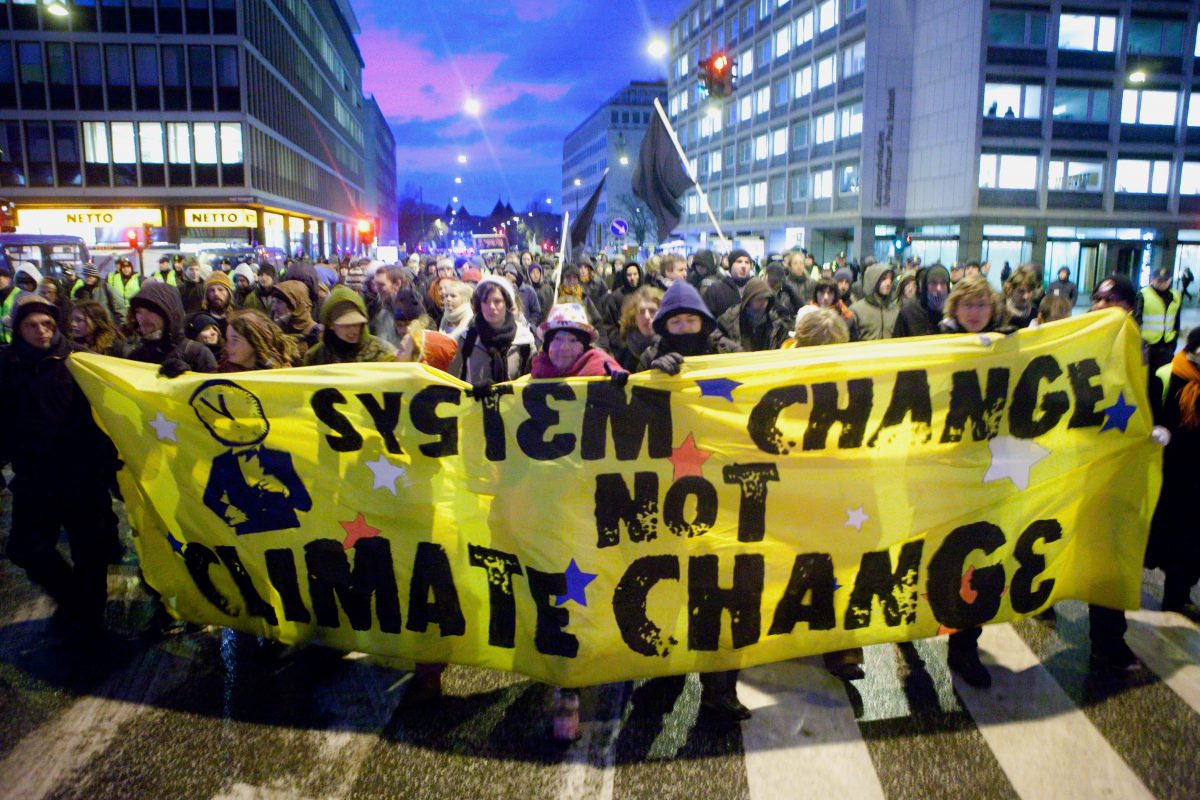 Climate scientists describe the need for a global effort to eliminate carbon emissions and restructure the economy if we are to slow warming to a manageable pace. / Image: kris krüg via Flickr

It is worth noting that Cuba, an impoverished and besieged nation with a planned economy burdened by bureaucratic mismanagement, is currently the only country meeting the UN’s own definition of environmentally sustainable development. On the eve of the island’s 1959 revolution, centuries of colonial extractive rule had left the country’s environment and economy devastated. Their recovery, despite the limitations of their conditions, shows the power of socialized planning in practice. Restructuring the entire world economy will undoubtedly be a challenge, but with the most advanced technology, and with the resources of the world entirely at the disposal of society, it is far from impossible.

Awareness of the severe threat posed by rapid climate change is a factor serving to transform consciousness. Changing consciousness is broadly driven by the contradiction between the way we think things are and the life we are promised versus the reality we experience in everyday life. At a certain point, this dissonance becomes general, and society enters a period of revolution. The millions of people on the streets today in Sudan, Algeria, Libya, Brazil, and Hong Kong show us the potential of working people to paralyze the engine of exploitation we call capitalism and build a new world.

The spread of “climate strikes” among students in several countries, the increasing popularity of proposals for a “Green New Deal” here in the US, and France’s Yellow Vests revolt against liberal half-measures that target the working class, all show the willingness of the workers and youth to fight for a better future. Unlike the cynics and preachers of doom, they know the story of humanity is not a closed book.

Impending ecological collapse is not the cause of the bleak future that awaits us if we don’t get rid of capitalism—it’s yet another symptom of a social order in advanced decay. It’s a symptom in the way that the melting ice caps are a symptom of the warming planet but serves in turn to intensify the entire process. For the capitalists, their ideologues, and servants, cynicism is understandable. They have no future. For the working class and its leaders, it is inexcusable. Though impatience is understandable, we know the hour of change will arrive. Never has a regime of class rule endured forever, and today is no different. This is the future we must prepare for. As Marx explained more than a century and a half ago, we have nothing to lose but our chains, and a world to win.