Energy Deregulation in IL an Attack on Working People 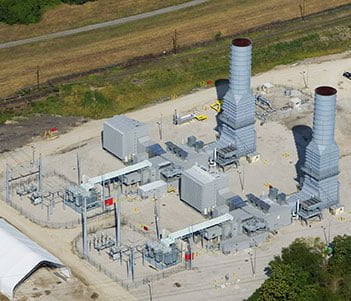 Ameren, which provides energy services to customers in Missouri and Illinois, has begun circulating a letter to all of their Illinois customers, warning them to expect even higher rates during the summer, along with tips on how to “tighten their belts”.  Millions across the state are already outraged at the massive increase in their electric bills since the start of the year.  This has led to widespread discontent among working people, as explained by Patty M., a retail worker and Ameren customer, who told Socialist Appeal: “Our bill doubled in one month, but my income didn’t double.”  The deregulation policies in the utilities sector can only be described as a direct attack on working people.

These policies have been instituted in over twenty states and have resulted in nothing but rapid rate increases for working people in these states.  In states like Maryland, residents have been threatened with 72 percent increases, while residents of Texas have seen an increase of 70-100 percent in some areas over the last five years. This despite the promises of the energy tycoons that deregulation would result in better prices for consumers, through the “magic” mechanism of market competition.

It is true that in some cases, larger industrial firms are able to shop around in a deregulated market for cheaper utility suppliers, but this option is not open to working families or small business owners.  In Illinois, two corporations, Commonwealth Edison Company (ComEd), and the Ameren Companies, dominate the market.  Between the two, they supply electricity to 98 percent of Illinois residents.

Illinois’s deregulation program was the result of legislation passed in 1997, which instituted a ten-year rate freeze that ended at the beginning of this year.  Ameren wasted no time in skyrocketing rates, which have shot up by 26 to 55 percent since the rate freeze was lifted.  In many cases, residents find themselves paying as much as two to three times the pre-2007 levels.

On top of the exorbitant rate increases, allegations of fraud and collusion abound concerning a September 2006 “reverse” auction.  Critics allege that the 15 wholesale electricity suppliers, many of which are generating affiliates of Ameren and ComEd, received production contracts valued at 40 percent higher than actual market costs.  A study by the Argonne National Lab and the University of Illinois found that ComEd and Ameren customers are actually paying twice the actual cost of generating their electricity.

These accusations gained added weight when it was revealed that Exelon Generation, the parent company of ComEd, received 97 percent of 41-month contracts.  Essentially, these corporations bought electricity from their generating affiliates at inflated prices in order to generate huge windfall profits for themselves, at the expense of millions of Illinois workers who are being forced to pick up the tab.  It is estimated that these inflated rates have cost Illinois consumers – i.e. working people – an additional $4.3 billion. The parallels to the Enron scandal are clear.

As of yet, there has been a lack of an organized response to this price gouging, despite the enormous potential for harnessing the growing mood of anger.  This is largely because we are made to feel that this is something to be worked out between the politicians and the energy companies themselves. However, along this path, there is no real solution forthcoming.  By the time “something is done”, working families will have been drained dry economically.

We must demand that Ameren and ComEd “open their books”, so that all those who have seen their electricity bills skyrocket can get the answers they deserve. A commission made up of working people, both from the workforce of Ameren and ComEd, and their customers, should be formed to carry out a transparent, public investigation. A closed-door investigation without public scrutiny will not suffice. In the meantime, rates should be returned to their pre-2007 levels, pending the results of an inquiry.  If there is even the suspicion of fraud and profiteering, why should working people be forced to pay?

However, fraud or no fraud, the current rates amount to extortion!   Energy is a necessity, it is too important to be left to the whims of the mechanism of the market, in the hands of a few ruthless capitalists, whose decisions are based on maximizing profits.  The current rumblings in Springfield about an “investigation” into the auction amount to nothing but empty rhetoric. The Democratic Party leadership has already stated that one of its preferred “solutions” is a three-year rate freeze.  This would simply push the problem back another three years. 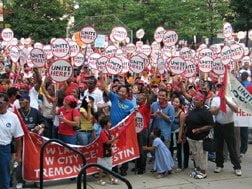 In the final analysis, the nationalization of all energy and utilities under democratic workers’ control is the only real and lasting solution to the problem. This would allow everyone access to affordable energy and superior service.  In the meantime, there are concrete steps we can take. We don’t need to take these attacks on our standard of living lying down.