Everything in Pittsburgh is Named After Two Robber Barons 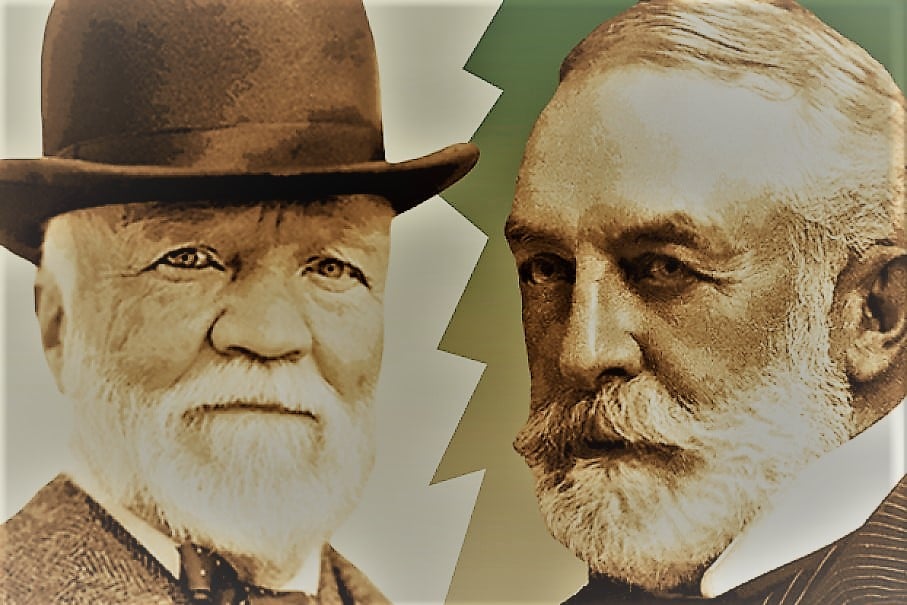 It was 1892. Pittsburgh began to produce the steel it would become famous for. Every mill in Pittsburgh was owned by one company—the Carnegie Steel Corporation, worth $25 million. But this immense wealth came at a price. The workers employed at Carnegie, who had created every dollar of its wealth, worked in immensely dangerous conditions, for 12 hours a day, for increasingly low wages. Nearly every day, workers witnessed the deaths of their co-workers thanks to the unmonitored machinery.

Carnegie Steel workers could not stand these degradations for very long. In a mill built in Homestead, they took action. With the authorization of their union, the Amalgamated Association of Iron and Steel Workers, the workers walked off the job on June 28. Where was the owner of Carnegie Steel, Andrew Carnegie, during this dispute? Sensing the impending conflict, he had fled to his native Scotland, to take a vacation at his castle on his vast tracts of land. That’s right: he owned a castle. He couldn’t bear to personally carry out the cruelty that would be needed to put down the strike, so he entrusted said cruelty to his pitbull-like business partner, Henry Clay Frick.

On July 6, Frick began his regime of anti-worker repression by bringing in three hundred Pinkertons—private police mercenaries paid big money to violently break the strike. The striking workers sensed the danger they were in and met the Pinkertons’ barges at the dock to defend themselves.

The ensuing shootout ended in a victory for the workers, although twenty died at the hands of the Pinkertons. Later the strike was broken by scabs (replacement workers) and the National Guard.

Nowadays, you can borrow books and movies from Carnegie Library or spend your day off in Frick Park. Carnegie and Frick are lauded as  “captains of industry” and given credit for building the city of Pittsburgh and making it prosperous. But the fact is that neither Carnegie nor Frick are responsible for the growth of Pittsburgh. They simply owned the steel mills and profited off of the labor of tens of thousands of workers. This pattern is replicated across the capitalist world and throughout history—members of the ruling class become rich off of the toil of workers who outnumber them a million to one, but are able to claim credit for their wealth. 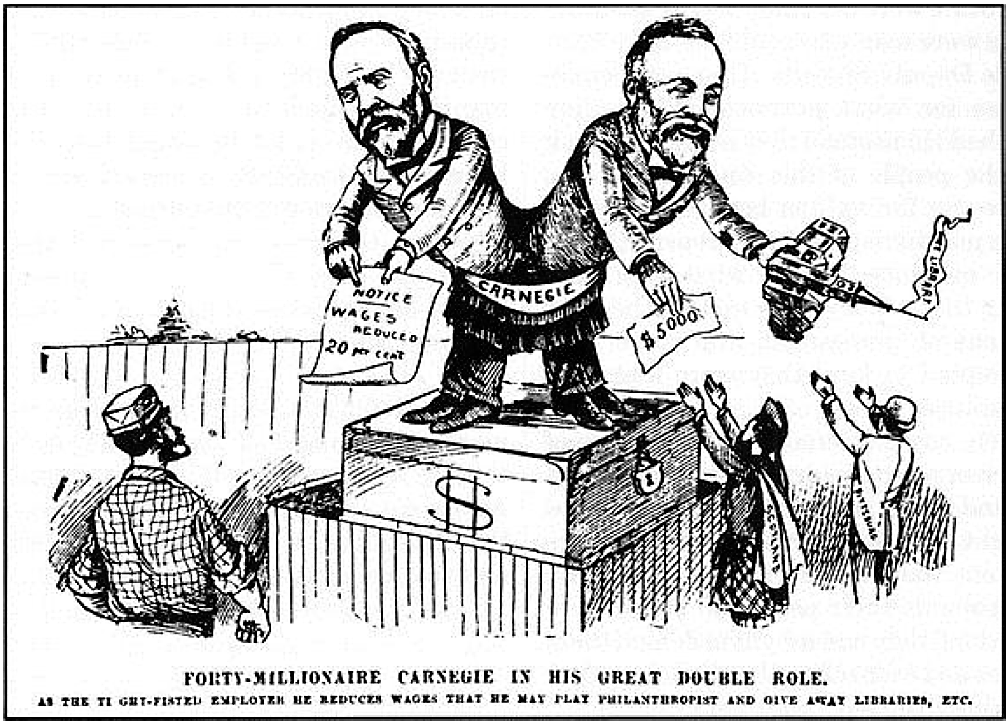 But what about Carnegie’s philanthropy—the millions Carnegie donated toward building libraries and Carnegie Mellon University? The fact is that his famous philanthropy was the result of a guilty conscience. Even Carnegie knew he was responsible for the deaths of those twenty workers who had gone on strike, as well as those that had died working in his dangerous steel mills.

Frick and Carnegie did not toil in sweltering steel mills for 12 hours a day, only to be blasted apart by a malfunctioning machine. They are not to be credited with building Pittsburgh. That credit belongs, as it always does, to the workers and the workers alone.