Fight Back the Attack on Abortion Rights! 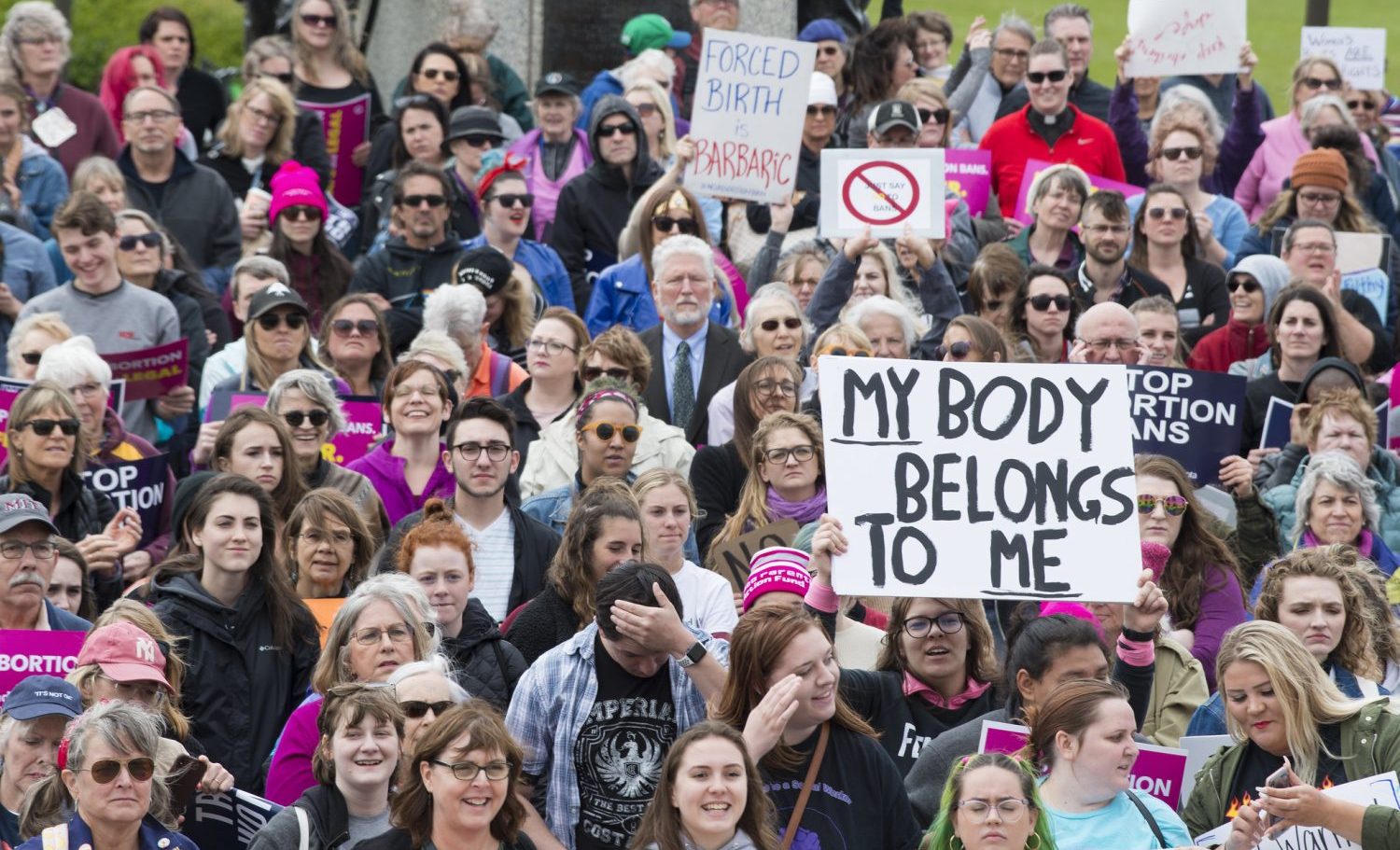 Socialist Revolution members and supporters are participating in the movement for abortion rights and women’s emancipation around the country. You can download our leaflet on this issue here.

Donald Trump infamously threatened to “punish” women who got abortions. Even before he entered the White House, a new offensive was launched against this fundamental right. Now, the Republican wing of the ruling class seeks to ban abortion outright and has sponsored monstrous legislation such as the six-week abortion ban in Ohio and Texas’s attempt to impose the death penalty for physicians performing abortions and women getting them.

In fact, since the beginning of the year, over 250 bills restricting abortion have been filed in 41 states. Although the disgusting anti-choice laws passed in Alabama and Georgia have received the most headlines, a total of nine states have successfully passed restrictions. This is a blatant assault on all workers and poor, working-class women in particular.

The history of abortion access in the United States illustrates this clearly. When abortion was generally illegal, wealthy individuals had no trouble accessing it. Now, when it is supposedly legal, it is unaffordable and inaccessible to those who must work for wages to make a living.

As for the Democrats, they have played a pernicious role in allowing the rolling back of abortion rights and access over the last few decades. After the US Supreme Court decision Roe v. Wade legalized abortion in 1973, hospital administrators argued that providing abortions in their facilities would swamp them with new patients. In response, liberal reproductive rights advocates connected to the Democrats argued in favor of a network of separate, private, stand-alone abortion clinics. This created stigmatized areas that could be easily targeted by anti-abortion picketers and right-wing terrorists, giving the private hospitals even more of an excuse not to provide these services.

The segregation of abortions and related procedures from general healthcare laid the basis for decades of state-imposed “TRAP laws” to restrict access to abortion. It also provided fertile ground for an endless back-and-forth over this question in US election cycles. Furthermore, being “for” or “against” abortion has been used to bully people into supporting either the Democrats or Republicans, neither of which defends the interests of the working class.

However, being “pro-choice”—i.e., demanding the right to unrestricted access to abortion services—is not the same as being “pro-abortion.” There are many reasons—medical, personal, social, and economic—why women may feel they can’t go through with a pregnancy. Contrary to the despicable opinions expressed by the ruling class, women do not treat abortion in a light-minded manner. Women facing such a choice undoubtedly “want” an abortion least of all. The reactionaries who oppose a woman’s right to decide what to do with her own body are fanatically concerned with the right to life before birth—but they could care less about the right of the majority to live decently once they are alive.

There is no real right to choose in a society that does not provide women or anyone else with the right to a job, the right to a home, the right to education, and a decent life. There would be no need for abortion if the social conditions that guarantee poverty and hunger for millions were abolished. Likewise, the need for abortion would diminish dramatically if free contraception were made available to everyone who wanted it.

Marxists want a society free from the desperate social conditions, the poverty, lack of housing and adequate childcare, etc., which can lead to unwanted pregnancies and the hardship that can follow. More, we want a society in which the relations between men and women are freed from the impositions of economics. A society in which humanity can flourish, no longer restricted by the constraints imposed by compulsion, prejudice, and oppression. We fight for a socialist society in which the right of abortion would increasingly not need to be used.

In the face of the ramped-up attacks, we cannot depend on the capitalists’ courts to protect our rights—as so many liberals would have us do. The fight to defend the right to free and accessible abortion is a working-class question, and it requires a working-class solution.

Yes, we must flood the streets in protest, organize the defense of women’s clinics, and expose and denounce the fake “crisis pregnancy” centers. However, none of this will be sufficient if it not linked to broader working-class demands and the struggle for the socialist transformation of society.

The US section of the International Marxist Tendency fights for universal healthcare as one of the basic demands for achieving socialism. This includes all reproductive care—up to and including abortion—to be provided free of cost to the patient at the point of service without the slightest bit of shaming or stigma.

However, we also link this to the fight for well-paid jobs for all; free, quality education and daycare facilities; affordable housing capped at no more than 10% of a person’s income, and much more. Although we can win some reforms under capitalism, these will always be limited and in danger of being rolled back until we establish a government of, by, and for the working class.

The labor movement must take the offensive to defend abortion rights and access!

Nationalize the hospital networks under democratic workers’ control—free and safe abortions must be part of a universal healthcare system!

Only a workers’ government can protect abortion rights and provide all women with a life of genuine equality and dignity! To win this, we need a mass working-class socialist party!