Is Now the Best Time to Be Alive?

At any given time, we are told by whichever capitalist party is in power that, under the current administration, the economy is finally improving, and we are given a host of statistics to prove it. The party out of power then presents different statistics “proving” that the economy is actually getting worse, but if they were in power, then it would be getting better. Meanwhile, the economy remains subject to blind market forces out of anyone’s control, and their statistics remain cherry-picked rationalizations that do not reflect the actual situation.

Similarly, when we express dissatisfaction with life in general, or voice specific concerns about our standard of living, social relations, and environmental sustainability, all of which are continuously being worsened by capitalism, we are not infrequently fed some variation of the line, “Actually, the world has never been better!” According to this narrative, we should not complain about our situation, because our concerns are essentially irrational. If only we would have the good sense to look at the facts, then we might realize that there has never been a better time to be alive.

A series of articles and books from the last several years showcases this assertion. Barack Obama guest edited an issue of Wired in 2016 called “Frontiers,” for which he penned an editorial called “Now is the Greatest Time to Be Alive.” Bill Gates guest-edited an issue of Time in January called “The Optimists,” in which he was interviewed about “What Gives [Him] Hope About the World’s Future.” On June 5, Bill Gates announced on his blog that he will be gifting a digital copy of Hans Rosling’s new book Factfulness: Ten Reasons We’re Wrong About the World—and Why Things Are Better Than You Think to anyone graduating from college this year, just months after he declared Steven Pinker’s Enlightenment Now: The Case for Reason, Science, Humanism, and Progress to be his “new favorite book of all time.” This narrative is also popular among self-described “rationalists,” “humanists,” “secularists,” and so on.

People like Bill Gates argue that we should be grateful to live under capitalism.

Examining these articles and books in detail would be far beyond the scope of this article. But generally speaking, the format and content of these works is more or less the same. The reader is presented with a barrage of graphs and statistics showing positive trends in various areas of human development, “proving” that, though it may not feel like it, we are living in the greatest time to be alive. We are told that media bias causes us to focus on the negative things, but objectively speaking, things are getting better, and we should be thankful that we were born in this era.

It is true that many of these statistics show positive developments in a number of areas. Even in a period of societal impasse, organized working class-struggle and/or application of science and technology can still yield improvements in certain areas of life. But any good statistician will tell you that, though they are extremely useful when used properly and responsibly, statistical data can also be manipulated and presented in such a way as to “prove” just about any viewpoint.

It is easy to imagine how one might be convinced temporarily that we live in the best times after reading an entire book of “positive” statistics that openly intends to convince the reader that things are good. But if our goal is to base our opinions on facts, then it hardly makes sense to consolidate all of the positive statistics, minimize or disregard the negative ones, then present the consolidation as a “rational” view of the world.

These writers downplay, to name just a few examples, the facts that we have simultaneous hunger and obesity epidemics, that suicide rates have risen continuously for decades, that we are in the midst of unprecedented gun violence and opioid epidemics, that wages, living standards, and employment opportunities are stagnant or falling, that we have reached incomprehensible levels of wealth inequality, and that we have irreversibly altered the climate to such a degree that, without a significant shift in how we organize production, distribution, and exchange, vast swaths of the earth may soon be uninhabitable for humans.

Downplaying these realities does not flow from ignorance of the facts. Rather, it is a necessary approach if one is to both feel optimistic and adhere to liberalism at the same time. Liberalism cannot meaningfully explain why we experience these negative circumstances, and cannot avoid forming an extremely bleak worldview unless it conveniently pushes them aside. It is only inevitable, then, that a layer of the liberal intelligentsia has concocted a sort of numbing agent—in the form of their “optimistic” perspective—to alleviate their guilt and confusion over a world brimming with potential yet plummeting towards crisis.

We do not deny the accuracy of many of their “positive statistics”—there is indeed colossal potential for tremendous advancements in our collective quality of life. But Marxism examines phenomena concretely and in their historical context, not in the abstract. Abstractly speaking, it is perhaps impressive or uplifting to acknowledge that statistically, rates of illiteracy, child labor, and hunger are falling. But when we consider the fact that, given our current level of technological sophistication, we could easily eradicate all of those ills altogether, these “inspiring” statistics lose their authority. If we are truly trying to be “rational,” then we should compare these statistics, not with their past levels, but with the potential we have based on the actual circumstances in the world—the objective situation. 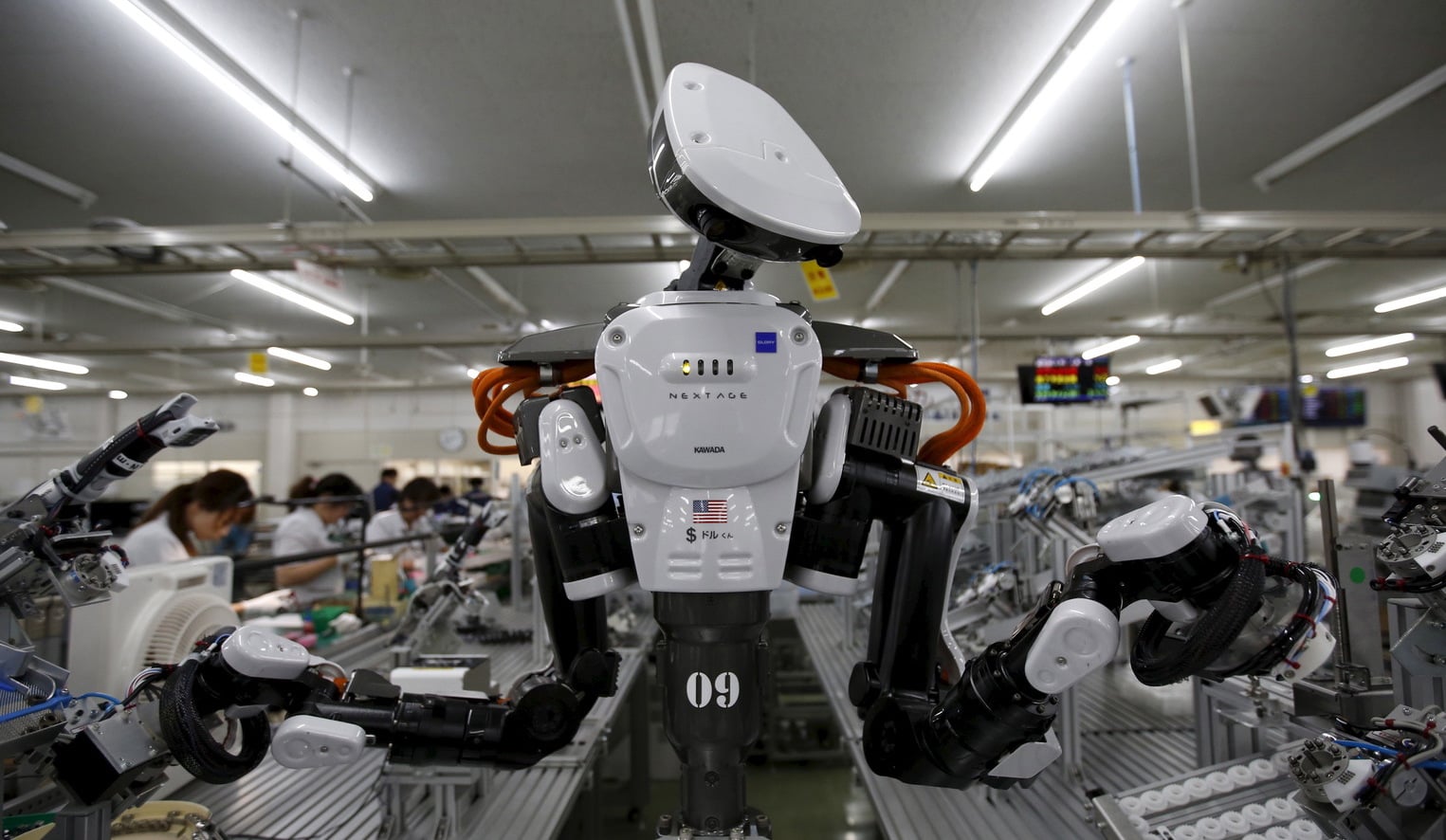 Marxists understand that with our current level of technological development we could solve most problems facing humanity.

Explaining this in Wage Labor and Capital, Marx wrote:

[The] rapid growth of productive capital calls forth just as rapid a growth of wealth, of luxury, of social needs and social pleasures. Therefore, although the pleasures of the laborer have increased, the social gratification which they afford has fallen in comparison with the increased pleasures of the capitalist, which are inaccessible to the worker, in comparison with the stage of development of society in general.

These words ring truer today, in a world where billions go without basic necessities while a handful of individuals sit on trillions of dollars of wealth.

There are several other flaws in the arguments of these “optimists.” Overemphasizing statistical evidence of progress downplays crucial aspects of human life that are less easily quantified, such as alienation and the lack of a sense of community and belonging. To imply that “things are better than ever” simply because we live longer or have better access to electricity demonstrates an extremely narrow understanding of what makes us human. As capitalism perpetually atomizes us and alienates us from any meaningful agency in our lives, millions of people report feelings of loneliness and isolation, despite being physically surrounded by other people, “a spiritual death sentence for a species that thrives on socialization,” as we explained in our 2018 US Perspectives Document. 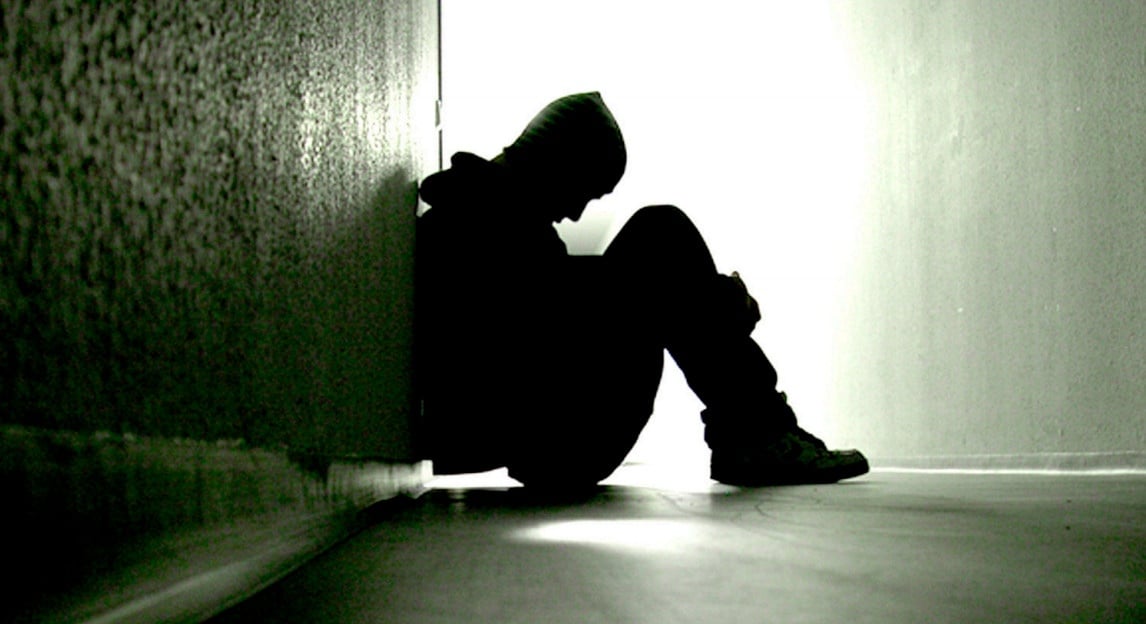 Statistical evidence of progress does not capture less quantifiable aspects of human life like loneliness and alienation.

We must also consider who decides where to draw the dividing lines for these statistics. Often, we are told that “extreme” poverty is decreasing, the implication being, apparently, that we should be content with normal poverty, which is framed as an inherent and unavoidable fact of life. We are usually in the dark as to who decides the thresholds for “poverty,” “extreme” poverty, and “rising out of poverty,” or the methods they use. This is probably because the answer—detached economists at The World Bank, using official poverty figures that even many bourgeois economists admit are ridiculously low and cannot be used with accuracy on an international scale—might discredit the assertion.

Faced with the reality that most people do not feel that now is the greatest time to be alive, these “optimists” fall back on their explanation that this is due to the fact that the media disproportionately reports on negative or sensational developments to get more viewers or readers. While this is a valid critique of the distorting effect the profit motive has on journalism, it is by no means a comprehensive explanation for why billions of people sense that the world is at an impasse. If this were the case, quelling social unrest and political polarization would be a simple task of reporting more good news, a concession the bourgeois media would surely be happy to make.

It is also useful to consider the social positions of the most enthusiastic supporters of this worldview. Gates and Obama are joined by the likes of Warren Buffett and Jordan B. Peterson, who frequently uses this narrative to defend capitalism against people who “criticize the world”—i.e., workers and youth who are rightly worried about their futures under capitalism. Living as they do at the pinnacle of society, they may comfort themselves with nice-sounding statistics and move on with their lives— but the vast majority of people do not have this luxury.

Just imagine telling an immigrant mother whose child has just been torn from her arms, or a meat packing worker who has lost a limb in an industrial accident, that they shouldn’t complain because they are living in the “best time in human history!” Nor will this assertion prevent the growing discontent with capitalism from eventually reaching a breaking point. We are reminded here of the events of May 1968 in France, when, just days after The Economist praised the successes of French capitalism and the wonderful living standards experienced by all, the country was paralyzed by the greatest revolutionary general strike in history. 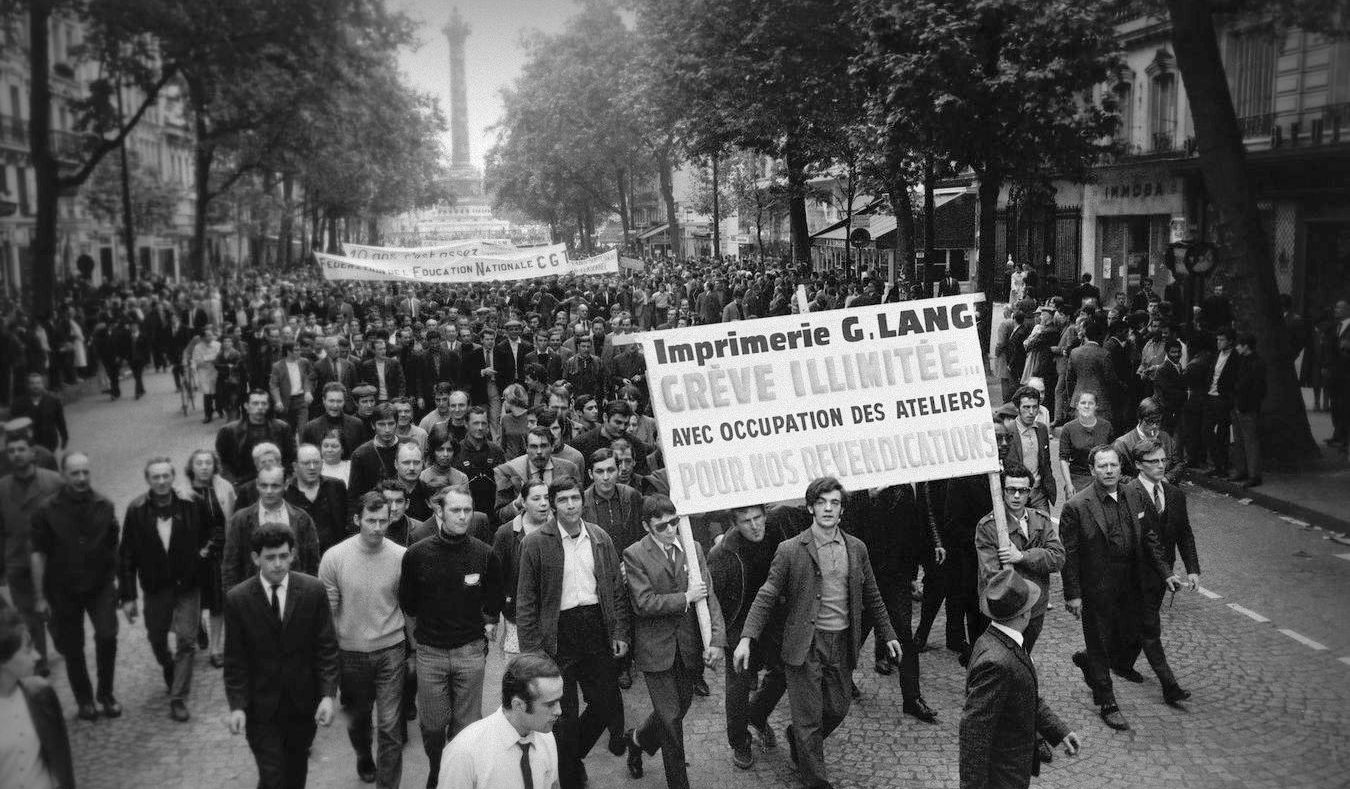 The revolution of France 1968 took Bourgeois analysts by surprise because they had a purely empirical approach.

This is not to say that Marxists oppose optimism. On the contrary, we say there is very good reason to be optimistic. But we should differentiate between “optimism” and optimism. Ours is an optimism based, not on cherry-picked statistics and voluntary ignorance, but on our demonstrably true and scientific understanding of the historical process and the ability of humans to consciously influence it through the methods of Bolshevism.

The next time you’re bombarded with over-the-top claims about how our country is doomed or the world is coming apart at the seams, brush off the cynics and fearmongers. Because the truth is, if you had to choose any time in the course of human history to be alive, you’d choose this one. Right here in America, right now.

If, in this hypothetical scenario, the criteria for making such a choice was “economic security/opportunity, sense of community, likelihood of increased standards of living in the future,” then we would have to refute the notion that we would choose this time, right now. But if the criteria were “potential for influencing the course of history through membership in a Bolshevik organization in an era that is sure to produce revolutionary movements,” then now would indeed be a great choice. We have before us a historic opportunity, and we have every reason to be genuinely optimistic, so long as we continue patiently building the forces of Marxism in preparation for great events to come.